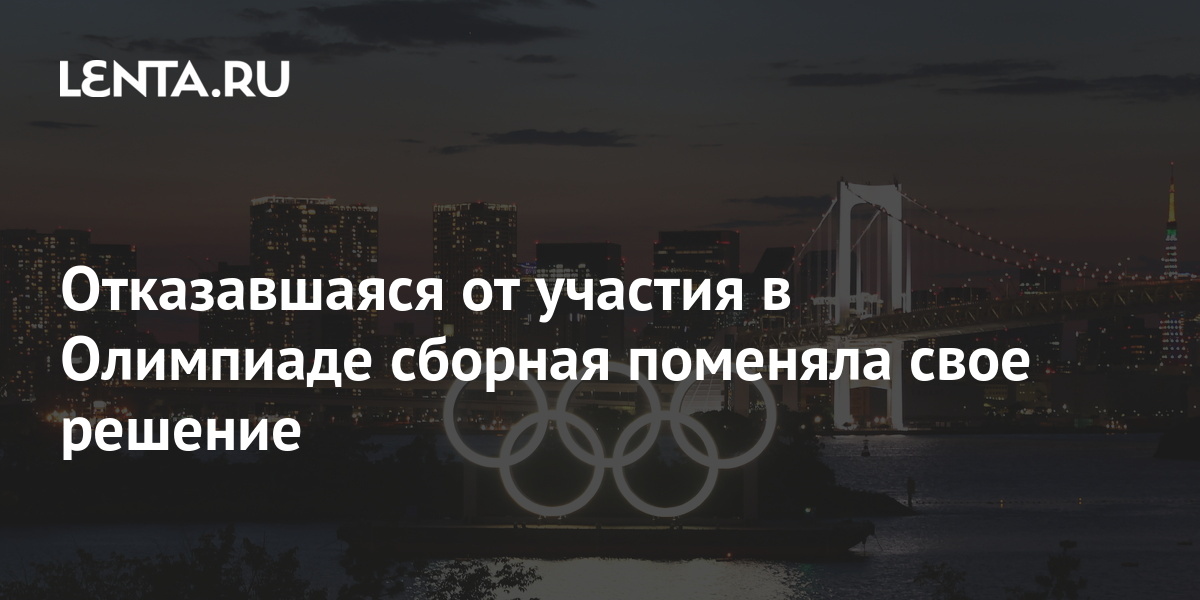 The Guinea national team, which refused to participate in the Olympic Games in Tokyo, changed its mind. The Minister of Sports of the country Sanussi Sow announced this L’Equipe…

Sow said the Guinean authorities have allowed the team to compete. The national team for the Games in Japan includes five athletes – they will compete in wrestling, judo, swimming and 100 meters running.

Guinea’s refusal to participate in the Olympics became known on July 22. Then the Minister of Sports said that the cause was the coronavirus pandemic. According to him, the government, concerned about the health of the Guinean athletes, has decided that the team will not participate in the competition. At the same time, another source said that the country did not have enough funds to cover the costs.

The Olympic Games in Tokyo will start on July 23rd and run until August 8th. The competition was postponed for a year due to the coronavirus pandemic.