The national strike that staggered the Government of Colombia 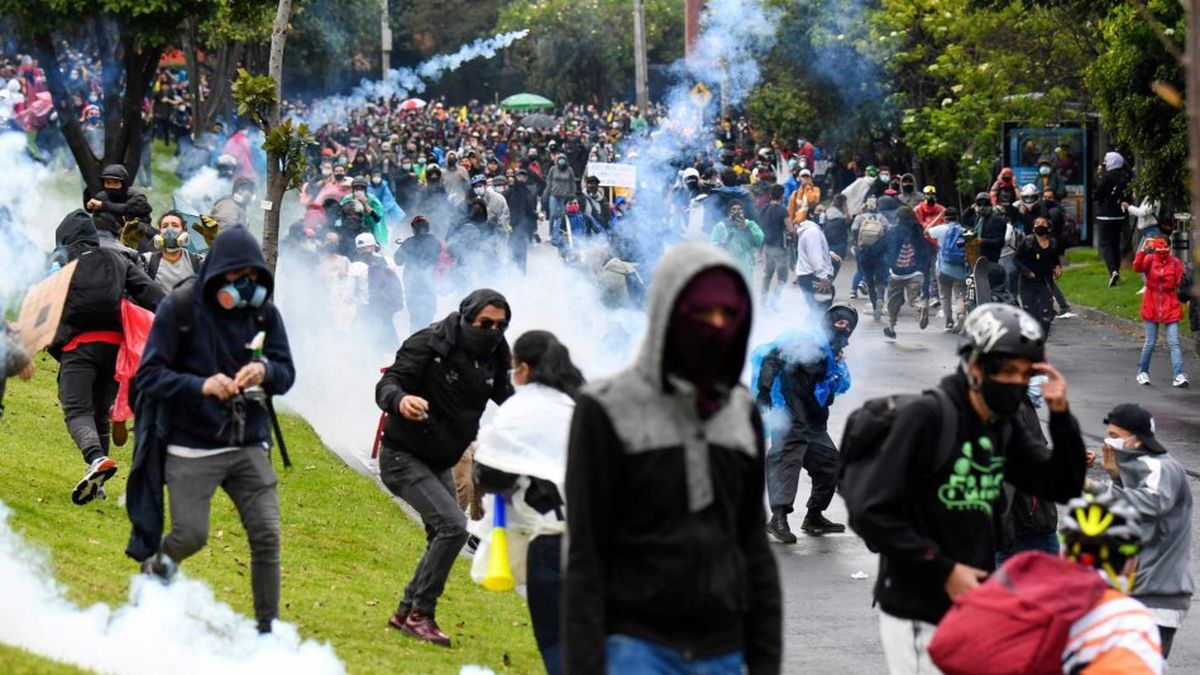 In the Iván Duque Administration, everything has gone from bad to worse. A string of errors, lack of communication strategy and lack of connection with the Colombian people has the country on the brink of its worst political crisis in recent history. To understand the film there are three photographs that must be seen.

1. The first photograph was the erosion of Colombian democracy. On the one hand, the congress works at half speed, it is practically non-existent. Virtuality has isolated him from society and political control has vanished. The disconnection is of such a level that some congressmen went on a trip to the United States to get vaccinated in the middle of the political crisis. The branch of justice, likewise, works in mid-march, the offices remain closed and the Executive legislates by decree, transgressing the powers of the State of Emergency. In other words, democracy gradually evaporated in Colombia. The consequence is that people went out to ask for democracy. The marches and protests are a process of democratic radicalization.

2. An immense economic crisis, largely a product of the pandemic, but also derived from economic errors that led to the current situation in the country. Unemployment of around 15%, increasing poverty and extreme poverty and the bankruptcy of dozens of small businesses. Given this, the Government proposed a tax reform that would punish the middle and salaried sector. It was the straw that broke the camel’s back and people took to the streets.

3. A government disconnected from reality. Faced with the social crisis, the Government responded with what it called military assistance, which, in practice, meant taking tanks and tanks to the main cities of the country. In addition, he used the old strategy that few really believe: he said that the demonstrations were infiltrated by criminal groups and that everything was a terrorist threat. Nothing further from reality.

After seeing the three photographs, the conclusion is about twenty young people murdered at the hands, presumably, of Colombian police, protests and demonstrations in various cities of the country and an Executive in crisis who was exploited by the government coalition. In addition, in the last hours he was forced to withdraw the tax reform, which did not deactivate the national strike. The Minister of Finance also resigned and the mobilizations did not stop either.

All this could be avoided by the Duque Government, because on Tuesday, April 27, it was known that the reform was dead in Congress, the majority had been lost by the Executive. Still he went ahead, defiant. Then, on Saturday, he came out in a speech surrounded by the military, defiantly again. And on Sunday, when he saw the magnitude of the crisis, he went out to withdraw the reform in an attempt to deactivate the strike.

What is known, for the moment, is that the national government has deployed a strategy of dialogue with some sectors to reduce them from the demonstrations. With this, he aspires to gradually dismantle unemployment. In turn, social organizations have called for the strike to continue and march to Bogotá. It is not yet clear what the outcome will be, but crucial moments are being lived in the country. In a couple of days it will be known who won the fight, if the Government with its deactivation strategy or the social organizations with the intention of going to Bogotá.

Hamas announced its readiness for a truce with Israel