The National Academy of Journalism repudiated the ruling against Daniel Santoro: ‘It is a precedent of enormous gravity’ 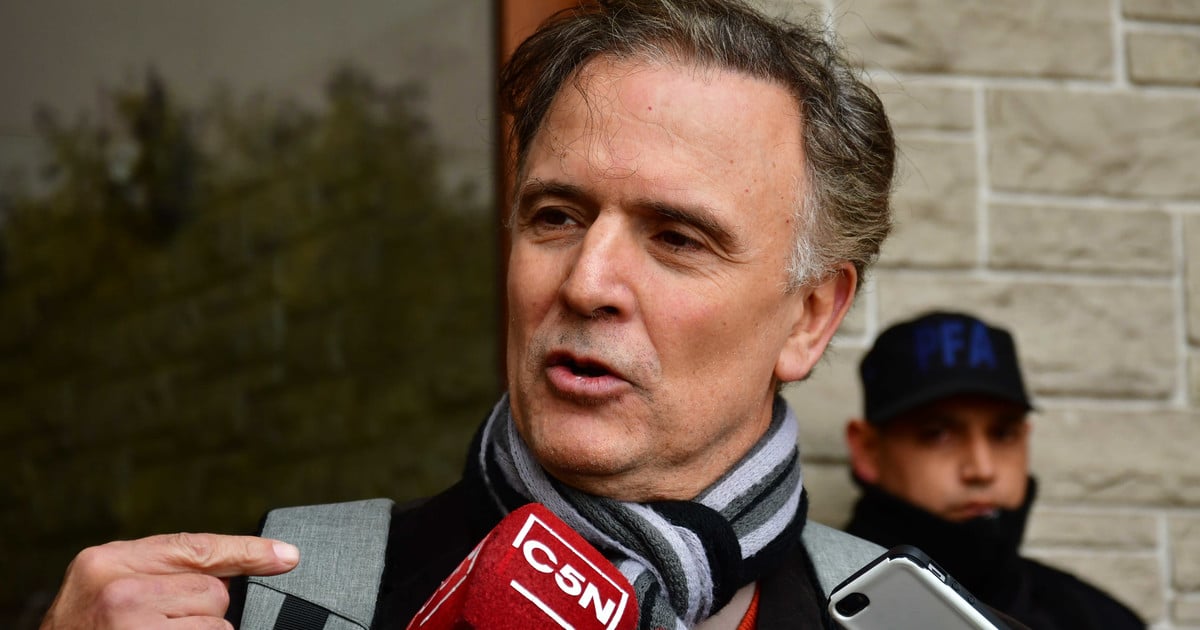 The National Academy of Journalism expressed its “deep concern“for the ruling against the Clarín journalist Daniel Santoro and he questioned that federal judge Luis Rodríguez prosecuted him “by a superficial contact with a source of information “.

“A journalist should not be judged by his sources and no one should be convicted without sufficient evidence,” they warned through a statement.

The entity added that “the decision of Judge Rodríguez, which We hope it will be revoked immediately by the higher instances of Justice, means a precedent of enormous gravity for the exercise of journalism “.

“Santoro was convicted by Judge Rodríguez for a superficial contact with a source of information. And the magistrate did not provide any evidence in his extensive opinion of the alleged complicity of the journalist with a crime,” said the institution made up of several of the main referents of journalism in Argentina.

Followed, they remarked that “the decision tries to destroy the prestige of a journalist several times awarded in the country and abroad for their research work.

“Although it personally affects Santoro, this resolution places all journalism at risk, because it places the journalistic task and its sources of information on the same plane,” they completed.

In addition, the representatives of the Academy expressed their solidarity with Santoro “in this difficult moment”.

Judge Rodríguez processed and seized on Monday in 850 thousand pesos to the journalist Santoro, in the case in which the attempted extortion of Marcelo D’Alessio against the customs agent Gabriel Traficante is being investigated.

In a resolution, Rodríguez – linked to the Peronist judicial operator Javier Fernández – considered that Santoro was a “necessary participant” in the maneuver despite the fact that there is no proof that the journalist acted with intent or has received a financial benefit from the false lawyer.

Santoro’s attorneys, Mauricio De Nuñez and Guido Sciarreta, are already working on the appeal of the ruling for “arbitrary”, “unfounded” and for constituting another attack on freedom of expression. The cause began in 2017 and Rodríguez only imputed Santoro in 2020, within the framework of Operative Puf against the cause of bribery notebooks.

D’Alessio is accused of having committed an extortion attempt at the end of 2016 Against Trafficker whose partners are on trial and in an oral trial for an attempted smuggling in the cause of the Container Mafia. The same Trafficker is prohibited from leaving the country and an investigation by the Financial Information Unit (UIF) for alleged money laundering.

The national deputy for the PRO Jorge Enríquez warned that “the prosecution of Daniel Santoro for an alleged attempt to extort a businessman is a new maneuver to persecute independent journalists by Kirchner“.

“Federal judge Luis Rodríguez seems to have acted following instructions from the Instituto Patria when issuing an absurd resolution in which he charged Santoro with the crime of extortion for having sent a person whom he would mention in an article about a smuggling case a WhatsApp so that he could express himself on the subject. That is, for the judge it is a crime to have carried out what the best journalistic practices indicate, which is the verification of the sources, “the legislator indicated.

For Enriquez, Rodríguez’s “is a ridiculous judicial pronouncement Everywhere you look at it, but it is also very dangerous, because it seeks to intimidate all journalists who carry out investigations. “

“Santoro is a professional with an impeccable career, which is precisely why he is persecuted. They want to impose the single thought and fear “, defended.

And he added that the judicial setback against the journalist represents “a scandalous fact that shows us the painful future that awaits us if we do not urgently become aware of what is at stake in Argentina: the rule of law, the Republic and freedom. “.

# Covid19Hoy: EMA finds "possible link" of Janssen with clots, but endorses its use

One year and seven copies later, everyone wants to be a Clubhouse