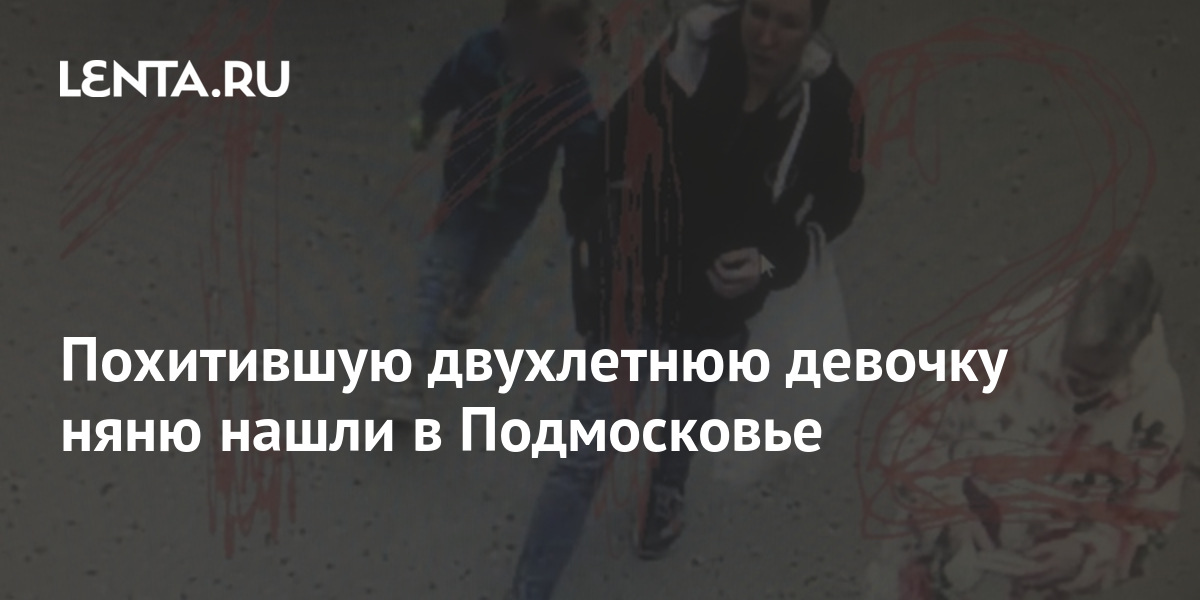 The nanny who had kidnapped a two-year-old girl in Vidnoye was found, and the child was found with her. It is reported by Telegram-channel “112”.

The woman was found together as a child in Balashikha near Moscow, where she works as a nanny. According to her, the girl’s mother had a broken phone, so she could not contact her. Nothing threatens the child’s health, the police are working with the woman.

According to the REN TV channel, the girl’s mother Anna works in a construction company. There she met Mikhail when he came to get a job. The man found out that the woman had no one to leave her daughter with and offered to take his common-law wife Albina as a temporary nanny. Anna turned to her for help when she needed to go to the doctor.

Earlier on June 12, it was reported that a nanny took the child away from Vidnoye near Moscow, they were recorded by CCTV cameras. The girl was taken away by train in an unknown direction. The kidnapped child is a girl born in 2018. She is brought up in a large family – her mother, a native of Ukraine, has three more children, and her father died several years ago in the war.