The mystery of the Hume residence, the only 19th century mansion on Alvear avenue that is still inhabited 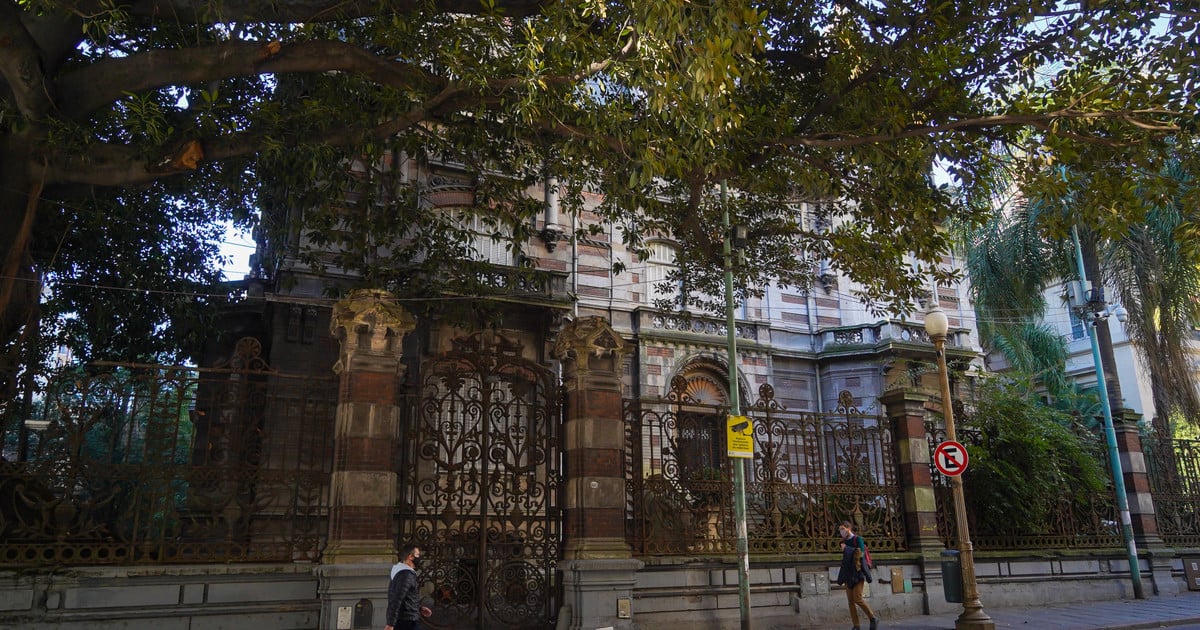 The mystery surrounds one of the most curious corners that the City has, that of Alvear and Rodríguez Peña avenues, in the Recoleta neighborhood. Here three buildings of great heritage and architectural value converge: the headquarters of the House of the National Academies -built by Alejandro Bustillo in 1925-, the Casey Palace -where part of the Ministry of Culture operates-, and the former Hume residence. But the latter is the most unique of all, because it is the only one of these dimensions that continues to be private. And that it is also inhabited.

To these three buildings are added two other palaces: the Duhau, where the Park Hyatt hotel operates, and the Fernández Anchorena, current headquarters of the Apostolic Nunciature. All together they make up a heritage corridor and are a National Historic Monument (MHN). Thus, the only complete block of Avenida Alvear that remains “the street of the great residences” was protected.

Returning to the Hume residence, it is known that he has a single heir: María Susana Maguire Duhau de Biocca. The property, also known as “Maguire residence”, was changing owners in their more than 130 years of existence. Some say that the current owner lives between the United States, her fields in the province of Buenos Aires and this house.

It is not known that in these years he has spoken to the press, or that he has granted “permits” to enter the residence. He has not even had contact with the authorities of the Ministry of Culture. But it is known that there are many neighbors, tourists and those interested in knowing it and knowing something more about the history of the property and its construction details.

The residence It looks abandoned on the outside, but it clearly isn’t. It has security cameras around the municipal line and limited exterior maintenance. Towards the front of Alvear Avenue and Rodríguez Peña Street, the facade is very damaged and the plants grow with some chaos. There is a rear facade, which cannot be seen from the street, but which is in better condition. The perimeter of trees prevents the smog from cars and buses from reaching it and it does not look so dirty. On this side, hidden from the view of the neighbors, the lawn looks perfectly cared for.

The back garden of the former Hume residence or Maguire Palace.

The bars, the sidewalks and two giant rubber trees are part of a unique environment. The trees display a kind of roof over the intersection of both streets. They touch with their branches to the Casey Palace and the House of the National Academies.

As reported by the Buenos Aires Government Clarion, the Hume residence does not have a tax exemption from the ABL, although its owner could request it to maintain the facade, for example. And although there are no complaints about the trees, the Commune closely follows the evolution of the branches of a rubber tree that can become a security problem.

“The City intervenes in the maintenance of the public trees. In this case, it is a rubber tree that has an owner, who is planted inside the house, whose owners must take charge of the maintenance,” they clarified from the Buenos Aires government.

Teresa de Anchorena is the president of the National Commission of Monuments, Places and Historical Assets and knows a lot about the history of this residence. It was his maternal great-grandfather who commissioned its construction, Alexander Hume.

Of British origin (born in Shooting Hill, London, in 1844), Hume was an engineer who arrived in Argentina in 1868. He founded a company for the construction of railway branches and in 1887 he acquired the North Central Railway, which linked Córdoba with Tucumán. By 1918, his firm had laid 3,000 kilometers of railroad tracks across the country.

The residence it was built in 1890. “The house, built at the top of the ravine, had views of the Río de la Plata in its early years. It is composed of two main levels, piano nobile and the first floor for the bedrooms, plus a semi-basement and the mansard floor, occupied by service rooms “, Anchorena’s account.

The Hume residence has a piano nobile and a first floor, as well as a mansard and a semi-basement. Photo Rafael Mario Quinteros

And gives more details: “The facade treatment alternate strips of plaster and exposed brick. Ornamentation stands out; there were also figures of gargoyles, which were lost. As an oral family tradition, it is said that all the materials used in the construction were brought from Scotland. “Hume’s father was Scottish.

Inside the residence there is a large central space, with a double-height hall, around which the other spaces of the building are organized.

“A totally atypical characteristic for the time is the incorporation of a swimming pool -describes of Anchorena-. ‘Swimming Bath’ indicates an original plan. Although it overlooks the garden, it is attached to the house. It is something that must have been talked about in Buenos Aires at the end of the 19th century, in a way associable with British eccentricity “.

The pool is still visible, clad in green tiles, under a gallery.

Neighbors who pass by the residence are curious. Photo Rafael Mario Quinteros

Who is the person (s) who live there? The name of the owner is known, but little else. In dialogue with Clarion, someone from the environment briefly told: “The interior of the house is wonderful and is in perfect condition. The owner he is a low-key person and this residence is his treasure. The hotel tried to buy it for her, but she said no. Nor did he agree to get rid of the rear park, “he revealed.

Ever thought of allowing public access? Organize a visit, as in other heritage buildings? Are you proud to live in a National Historic Landmark? “But of course, she is very proud and loves this residence. Perhaps in the future it may happen, but now it is not planned that the house will be opened to the public,” explained the same source.

The National Monument Commission exercises the superintendency over all declared assets. And their approval is necessary for any intervention proposed on them. It also provides advice to ensure the best way to preserve and restore protected assets. It also advises the National Congress on bills for the declaration of national monuments.

The owner of the Hume residence refused to sell it to the neighboring hotel. And he has no contact with the Monuments Commission. Photo Rafael Mario Quinteros

In the case of monuments that are in private hands, the Commission generally seeks to agree with the owners on a cooperative way of insuring them. In the case of this home, they never had contact with the owner, nor access to the park and even less, to the interior of the house.

In the surroundings, neighbors are always aware of the movements of this house. Who takes away the illusion of thinking that they will ever be able to tour the residence that, for decades, they have admired from the sidewalks and through the bars.