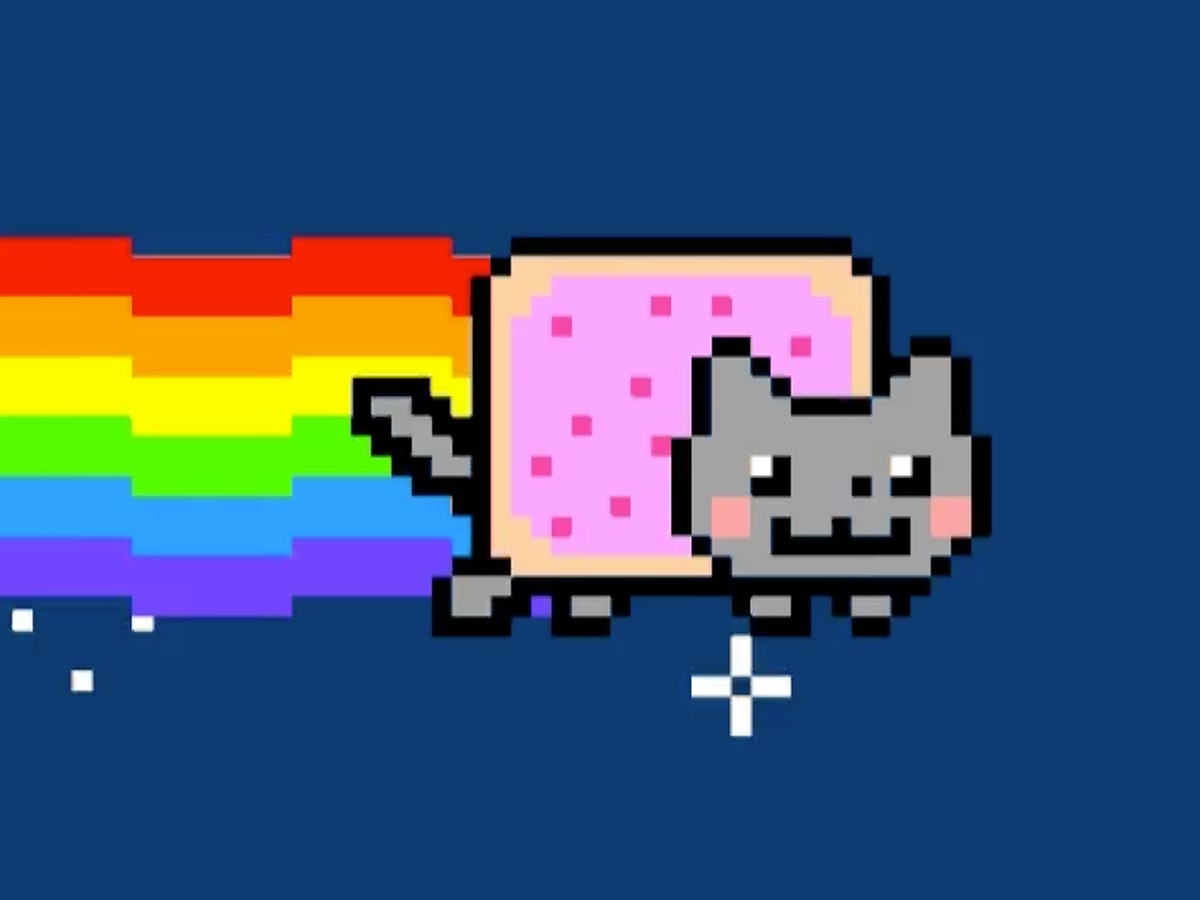 The NFTs, non-fungible tokens, or what is the same, “non-fungible digital assets” (that is, they cannot be touched), have become the crypto-economic talk of the moment since a few days ago Sotheby’s sold a gray pixel for 1.36 million Dollars. Such was the expectation that the bid lasted hours. The pixel is from Park, an anonymous digital artist, who created a set of cubes of NFT that in three days reached 14 million dollars. Christie’s also has its NFT star with artist Beeple, the first to be a bestseller when one of his digital works, Everydays: The First 5000 Days, reached 69 million dollars. It must have felt like Michael Jordan hitting a triple. It was last March and it already holds the title of the third highest auction price of any living artist. He owes it to Noah David, a specialist in postwar and contemporary art at Christie’s in New York and, recently, his biggest collector of crypto art..

Since then, artists like Simon Denny and Damien Hirst have been quick to release NFT artworks and partnerships are beginning to develop between auction entities, traditional galleries and NFT-selling websites, seeking new niche businesses. Pace Gallery, with headquarters in London, Los Angeles and seven other cities, has just partnered with the MarksPlace platform and the Fair Warning auction application to sell a series of Urs Fischer NFTs. The artist has created 501 digital works of art that will exist as NFT, called —not without joke— Chaos. In the first 500, they arise from an animation based on a 3D scan of a lighter circling an egg. The number 501 will be a work of art that will combine the 1,000 objects above. Fischer speaks of them as “digital sculptures” and No. 1 has already sold it for 100 times more than his initial estimate. It went up for auction for $ 1,000 and reached 100,000.

I may be wrinkling my nose, but it would relax it if instead of saying NFT I say Bansky. After all, street art also put anything that could be hung on a wall in check. In the artistic context, the pixel is what JPG once was: a digitally native work of art that signs the most basic unit of an image in a traditional global auction house. Artists can digitally sign their work by creating a certificate tokenized before entering it in an online auction. Collectors can then buy and resell the works on secondary markets. It has a very populist aesthetic. Some people already describe it as “screensaver art” or “visual junk food”, and it’s fine if you compare it to the great works of universal art. But nothing that happens with the NFTs has to do with Goya or Andy Warhol. What happens here stems from the culture of memes, the WTF language and the repost on Instagram. It’s a tiny brand to take digital art into a potential story to come. And it seems that with force.

Proponents of this emerging digital aesthetic say that the future is already there: artists breaking with the gallery system to promote their careers from digital platforms, SuperRare is one of the most important, created in 2018, and reaching collectors in a great way. more immediate. Platforms like this also work on a 15% commission basis with 85% for the creator, although what is really attractive for artists is the 10% royalty rate on secondary sales. The detractors disagree with that virtual world so close to augmented reality and the metaverse, and so far from the emotion that it makes your hair stand on end, where the history of art has put all its value for centuries.

There is already talk of a digital art revolution, although this collision between NFT and art is not so new. One of the first to come up with this avatar idea was Kevin McCoy, a digital artist who began to play with the word in 2013, questioning the idea of ​​market, property and origin, although, at that time, the thing was not understood. This 2020 things took a turn. It started the year with $ 344,000 in sales volume from the SuperRare platform, but saw that figure nearly quadruple in seven months, in the midst of the pandemic.

Most people still don’t understand it, but all eyes are now on the possibilities of NFT art. Is there a market? There is. A few weeks ago a flying cat in GIF format, called Nyan cat, was auctioned for more than $ 500,000. And not only that. The cryptocat is already a meme which has gone up for auction again. Surprising as it is, the endless circulation is activated by anyone who does retweet. Musicians are already looking at it as a new tool to restore lost value in music. Can you imagine Lady Gaga selling an original edition of Poker face next to a visual artwork of yours? Imagine well, because you already did it with Bad romance, although for a large part of the cultural sector it is the umpteenth revolution that is going to change the industry from top to bottom and that is nothing. It makes a few rich, but not most artists.

The boomerang effect seems imminent. The latest Bloomberg report announces that the average price of an NFT has fallen 70% in the last month. Gagosian has had the option of joining the crypto market But, for the moment, he has refused to get on that train. In fact, the $ 100,000 raised by Urs Fischer is well below the millions of dollars raised by less familiar names in the art market. And this sounds like a prick.

Tips to avoid thirst while fasting

1139 new cases of Coronavirus in Palestine

Hillman: The UAE is the ideal place to live in “the time of Corona”