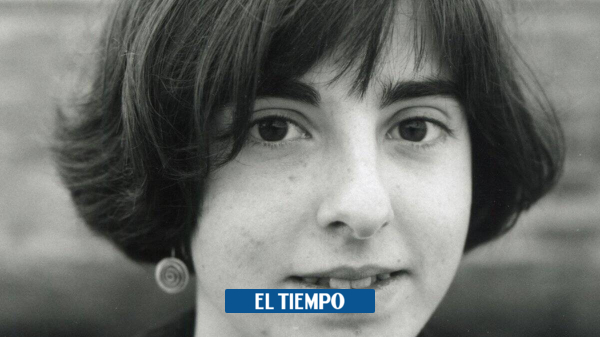 On December 2, 2001, Helena Jubany, a 27-year-old librarian, was killed by throwing her off the roof of a building. They found the naked body, with traces of drugs, burns and assaults.

In 2005, a judge declared a provisional dismissal because he was faced with a dead end. Until then two people had been imprisoned, suspected of many others, one had committed suicide and two families were destroyed. Now the investigation is picking up steam again.

(Also read: Debanhi Escobar: reveal images of the young woman inside the taxi that took her)

The Jubany family ordered the victim’s hard drive to be analyzed and, when the deadline for the final closure of the case was about to expire last year, they discovered new clues that allowed it to be reopened. These are messages that Xavier Jiménez, a friend of Helena, crossed with her. They wrote down references that were also mentioned in an anonymous note that she received months before the crime.

Jiménez appeared this April 22 before a judge in Sabadell, accepted that he had tried to maintain a relationship with her and that they coincided in the Union of Hikers of Sabadell (UES), but denied being the author of the anonymous letters he received weeks before his death , despite the fact that a recent calligraphic study relates it to handwritten notes. He was paroled.

It all started with a paper that she found at the door of her apartment next to a bottle of horchata (Spanish drink) on September 17, 2000: “We were passing by and we said ‘let’s see Helena, what’s the story? About us? We’ll call you. To eat it all.’”

It was unsigned and seemed written by a couple of people, since the letters were different. The horchata was a clue for the researchers, because not many people knew that Helena liked it. She had recently arrived in Sabadell, the Catalan city where everything happened.

(You may be interested in: Debanhi Esobar: the unanswered questions after the young woman’s crime)

On October 9, he received another note, this time accompanied by a commercial jar of peach juice. “We would very much like to coincide again in a UES excursion. We’ll talk about it! Now let’s see if we can find a good, nice and cheap place in Sabadell to perfect English” (sic), said one segment. The letter referred to the UES, an organization dedicated to the environment. Helena, who had worked as a journalist and had recently moved to that city to work in the library, had attended some activities.

The day she received the juice, she drank some during work and felt unwell. She asked a couple who were friends of hers for help, and they welcomed her into her house. She was sleepy. She had the rest of the drink studied and the result revealed that it contained benzodiazepines. When she died, she carried the same sleeping pill in her body, but in much larger proportions.

The recently found messages from Xavier Jiménez made reference to horchata and English, a coincidence with the anonymous ones that Helena received. For that and the study of her calligraphy they cited him.

The first steps taken by the agents were to talk to the other inhabitants of the building where the body was. They were struck by the attitude of a neighbor, who was slow to open the door and was cold.

It was Monsterrat Careta. Thanks to the information provided by another friend of Helena, it was learned that they had shared activities at the UES and that they got along well.

‘Monste’, as they called her, and her partner, Santiago Laiglesia, gave contradictory and dubious statements to the police, which they later rectified, about what they had done on the weekend of the murder. Laiglesia, a lawyer, was more sure of himself.

(Also: Putin and Guterres radically disagree on the war in Ukraine)

When the researchers analyzed the notes, they focused on the aforementioned UES. It is a local group that organizes activities, such as excursions and trips, which Helena approached motivated by her environmental interests and in order to interact with people.

There he also met Ana Echaguibel, with whom he undertook excursions and plans. This, however, was possessive and Helena broke ties with her.

Two experts were in charge of studying the calligraphy of the notes. They compared the letter on the UES files with those of the people closest to Helena. And they came to the conclusion that the anonymous letters had been written by Careta and Echaguibel. Later, more studies would come with contradictory results.

Helena’s body on the ground showed her torso and legs twisted in opposing positions. She had traces of fire, so that the silhouette of her underwear was drawn, as if she was wearing it, even though she was naked. Next to it were scattered hooks to hang clothes, used by the neighbors to dry on the clotheslines displayed in the windows facing the patio.

All of this showed that he had not fallen in a parabolic movement, typical of a suicide jump, but in a straight line. The extremities also did not indicate having tried to defend themselves in the blow, an unconscious movement of those who take their own lives.

It was also clear that a person of a slim build could not have carried Helena up onto the roof unaided. She was in a coma due to the amount of drug administered. Besides, it had taken her extra effort to get over the railing before launching it. Careta was small and she lacked the strength to do it alone. The judge knew it, but he made the decision to send her to jail to see if she told anything else.

Careta entered prison on February 14, 2002. Echaguibel would do so a month later.
Although he was not the official lawyer, Laiglesia, Montse’s partner, was in charge of his defense. According to Careta’s relatives, he took a lot of the time allotted for everyone. They believe that he had something to do with it, and so they let her know, that she was in love with her and always protected him from her. He also claimed to be innocent until the end, which came on May 7, when he committed suicide in prison. He left letters to his loved ones and a note to the judge, which ended like this: “Mr. Judge, I have already said everything. I can’t offer you anything else. I’m innocent!”. Echaguibel, the other prisoner, would be released from jail shortly after.

Due to a lousy investigation, with many questions to solve and gaps to fill, the case changed hands within the court and it came to those of a judge who declared the temporary dismissal on October 7, 2005. For those who were charged –Laiglesia and Echaguibel– the crime prescribed in 2025. For the rest, twenty years after the murder, on December 2, 2021.

The case was lost in oblivion and from time to time resurfaced in the media. The Jubany and Careta families, however, did not give up and continued to investigate and encourage the judicial process.

(You can read: Biden will strengthen the border despite the brake on his immigration policy)

In March 2020, a television program, Crims, dedicated two chapters to it and again aroused the interest of society. Before, in 2016, two journalism students had begun to write their thesis on this case: Anna Prats and Yago García Zamora, later author of the book Who killed Helena Jubany?

In May 2021 the case was reopened, but only to investigate possible new suspects. The Jubany family commissioned a study of Helena’s hard drive to a judicial expert specialized in cybernetics, who was the one who found the communication between the librarian and Jiménez. This was the friend of the group of hikers with whom she had shared a horchata and who was summoned last Friday. He was charged on December 1, 2021, one day before the statute of limitations expired.

Knowing that justice has not been declared and that it is a pending case, basically two hypotheses are known about what happened.

The Prosecutor’s Office defended the idea that Careta and Echaguibel left Helena the notes and held her, along with Laiglesia, on November 30, 2001. In the early hours of December 2, they gave her psychotropic substances, which left her unconscious. They took her up to the terrace of the building where Careta lived –with Laiglesia–, they burned some parts of her body and threw her into the void.

The Careta family asked an acquaintance to investigate on their own. He points out many contradictions and doubts, but puts on the table the possibility that Monste had been manipulated by the murderer. In this way, all the clues that led to her (boxes of the drugs supplied to Helena, matches found at the scene of the crime, etc. were found in her apartment) would have been planned. A close person (without saying it, it is inferred that he is her boyfriend) was able to put her to sleep, act on her behalf and design everything about her in a way that it seemed that she was the culprit.

The truth is that both are consistent possibilities, but not proven truths. Everyone hopes that with the new impetus that the case is receiving, it will finally be known who killed Helena Jubany.

Shanghai: has the ‘zero covid’ policy really worked in China?

A dead homeless man, the ‘most unlikely’ hero of World War II

Ukraine: Doctors Without Borders volunteer tells how the war is experienced

Russia and its dream of expanding from Vladivostok to Lisbon