The muon questions the laws of physics 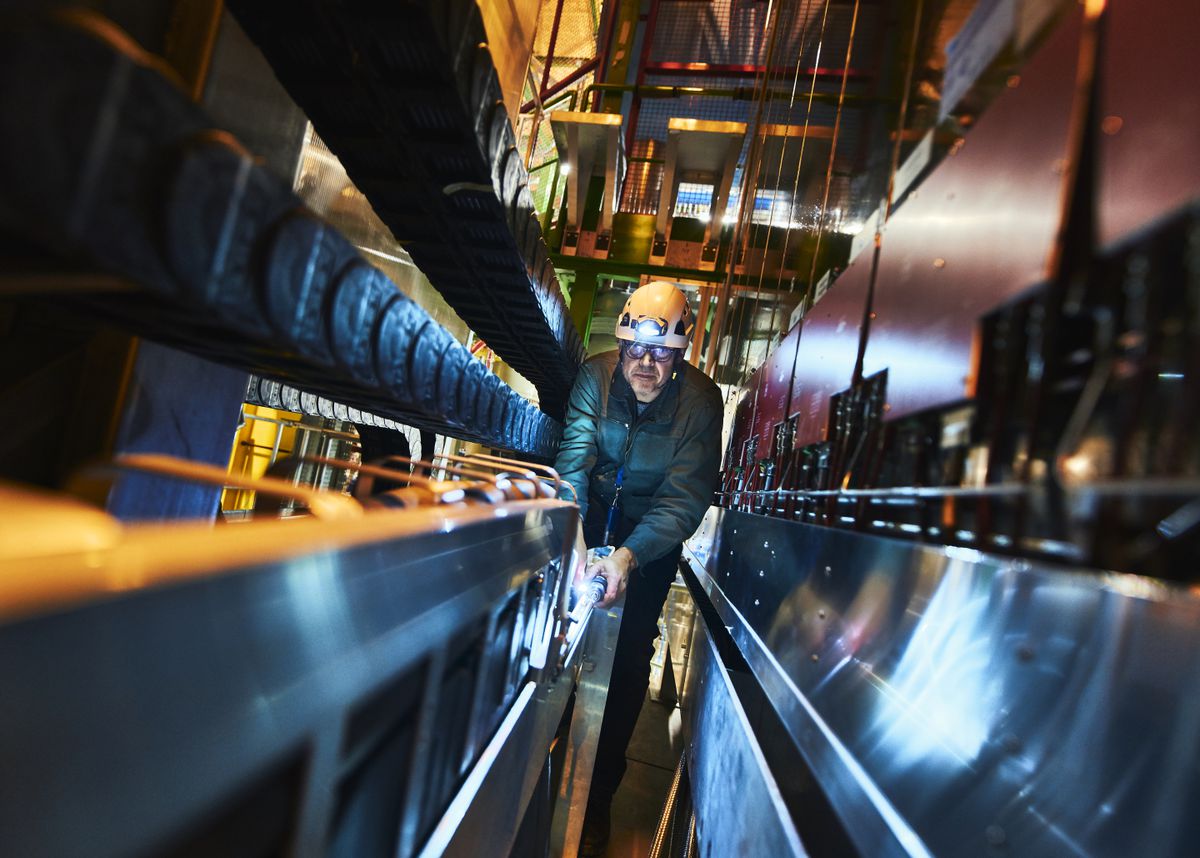 Two high-precision experiments in Europe and the US have just detected hints of totally unknown particles or forces in physics. If these anomalies are confirmed, it would be a historic discovery that has been sought for more than half a century.

A few days ago, those responsible for the g-2 experiment at the Fermilab laboratory in the USA announced that after years of experiments they had detected an anomaly in the behavior of the muon, an elemental particle with a negative charge similar to the electron but with 200 times more mass. The observed anomaly coincides with the one already uncovered by this same experiment 15 years ago. The disagreement between theory and experimental reality is still there and now has greater statistical reliability, which may mean that this experiment has glimpsed physical phenomena that current theories cannot explain.

“It is a very important result; at the moment there is a lot of emotion to try to explain what is happening ”, explains Pere Masjuan, theoretical physicist at the Institute of High Energy Physics, in Barcelona, ​​and a member of the international collaboration that has calculated the theoretical values ​​in as much detail as possible.

Experiments like g-2 explore the territory of tiny elementary particles – quarks, bosons, leptons. These are the smallest and most indivisible components of matter, the building blocks of atoms that make up all matter that humans can see and touch.

The g-2 launches beams of muons that circulate in a vacuum through a circular ring at almost the speed of light. The void is never really empty, but is populated by unknown, virtual particles that can interact with the muon and influence its behavior without being seen by anyone.

The American experiment measures a property of the muon called magnetic moment that is derived from its quantum properties and manifests itself as a change in its rotation when it passes through a magnetic field. These “real” properties are compared with those predicted by the standard model, the set of equations formulated 50 years ago that until today has perfectly described the behavior of elementary particles. The big problem in physics is that this conventional matter only makes up 5% of the universe. The rest are dark matter and dark energy governed by particles and forces that the standard model cannot explain and that are perhaps responsible for the strange anomalies observed.

The American experiment has detected a divergence of one billionth – nine decimal places – between the real value of the magnetic moment of the muon and the theoretical one. “It is too big a difference,” acknowledges Masjuan. “A divergence like this breaks the rules of the game, the laws that dominate nature,” he highlights. For example, the magnetic moment of the electron matches its theoretical value with 1,000 times greater precision.

The reliability level of the US result is 4.2 sigma – there is only a 1 in 40,000 chance that the result is a fluke. In particle physics this amounts to “hints” of new physics. A discovery requires five sigma, or a chance in a million that the result is pure statistical chance.

On the same day that the Americans presented their results, another team announced a new calculation of the theoretical value using an alternative technique. The results, published in Nature, coincide with what was observed in the Fermilab accelerator. “At this time we theorists must come together to re-analyze our own data,” acknowledges Masjuan.

This race is also a geostrategic battle in scientific terms between the US and Europe to be the first to discover new physics. The American experiment has amassed just 6% of all the data it can collect. In about four years it is possible that they reach five sigmas.

A few weeks before the g-2 results were announced, another experiment at the European particle physics laboratory CERN in Geneva revealed another type of anomaly that also has to do with muons. Those responsible for the LHCb experiment installed in the world’s most powerful particle accelerator are in charge of studying the disintegrations of these and other particles to see if they coincide with those predicted by theory. The quotient between the decays of electrons and muons should always be 1, but the experiment shows a value of 0.84, which indicates that here too there may be hidden particles or forces influencing the result.

In this case, a reliability of three sigmas has been reached, a chance in a thousand that it is a coincidence. Most importantly, this experiment has been seeing similar anomalies with other decays for years. “We have reached a time when we no longer see isolated trees, but rather a forest of deviations and all of them are consistent with the possibility of new physics,” explains Joaquim Matías, a professor at the Autonomous University of Barcelona who has been working with the results of this experiment. “The announcement of the g-2 results seemed a bit exaggerated to me because the divergences could still disappear, but above all because there is still discussion about the theoretical calculations,” he says.

Here comes into play the need for scientists to get millionaire grants from their governments to be able to continue with their experiments. In an America mired in the Trump era until just a few months ago, the announcement of the G-2 was key. “We are seeing a struggle between science and the Government,” says Pere Masjuan. “For the Americans it was very important to get a powerful result that justified the investment,” he adds.

The results of the two experiments have blown the imaginations of physicists around the world, who have scrambled to find out which unknown particles may be causing these anomalies. One of the possible explanations is the existence of leptoquarks, particles that until now only exist in theory. They would be not one, but several different particles that would be related to those already described by the standard model and that could explain the experimental observations. “All physicists know that there has to be a physical theory superior to the standard model. We may be seeing the tip of the iceberg, the beginning of a whole theory beyond what we know, ”summarizes Matías.

Other independent physicists ask for caution. “You have to be prudent until you can claim a discovery,” says Alberto Ruíz-Jimeno, from the Institute of Physics of Cantabria and veteran researcher at Fermilab and CERN. Toni Pich, from the Valencia Corpuscular Physics Institute, recalls that both experiments will not stop accumulating data. “We hope to have new theoretical results in the coming months,” he explains. “You have to wait a little longer before launching the bells on the fly, but in any case, it is a very important result,” he adds. Luis Álvarez-Gaumé, another veteran CERN physicist who now works at Stony Brook University in New York, has entered the political race for funds. “The results of the LHCb in Europe have a better chance of becoming real, while g-2 has to wait, despite all the propaganda from the US,” he highlights.

Foreign policy President Niinistö: Although the worst tension on the Ukrainian-Russian border will be triggered, the crisis will remain