The most popular iPhone fell at a record price 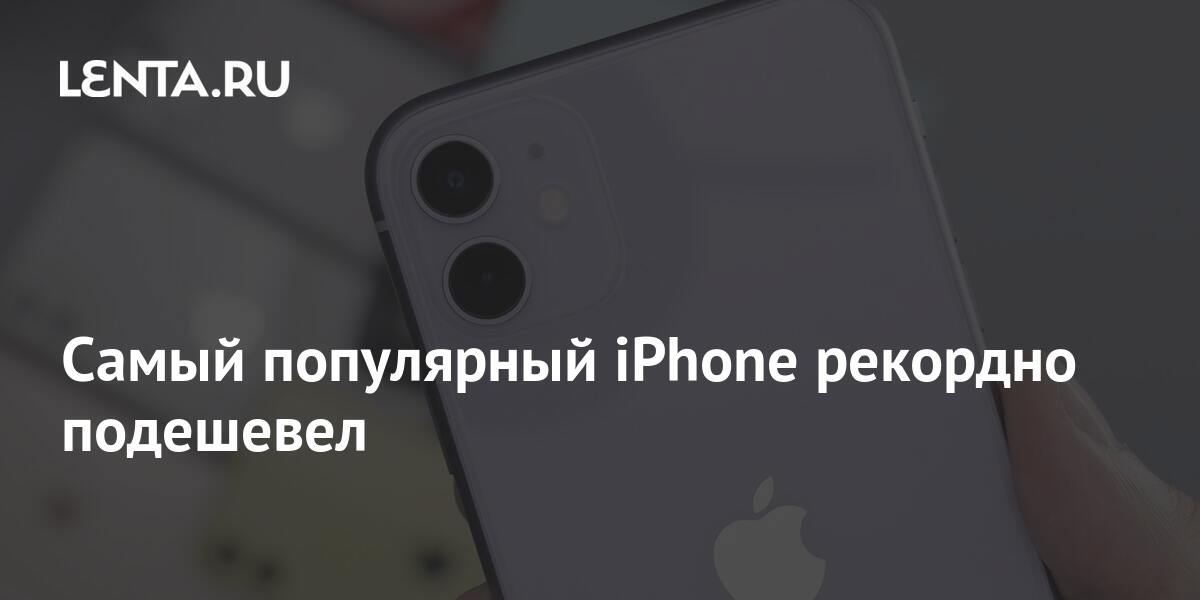 The cost of the iPhone 11, which is in demand in the market, has decreased by 25 percent. This is reported by the publication Hi-Tech Mail.ru.

In early summer, analysts at Counterpoint Research named the iPhone 11 the most popular Apple smartphone in the world. The record-breaking device has a 6.1-inch IPS-screen, an Apple A13 Bionic chip, four gigabytes of RAM, a dual camera with 12 megapixel lenses each. The phone came out with Face ID, NFC, wireless charging support.

The journalists noted that the successor to the iPhone 11 has also fallen in price in Russia. The iPhone 12 is available on the market for at least 59 thousand rubles. The new device differs from the 2019 phone by the presence of a more powerful processor and OLED screen.

In the spring, journalists noticed that the cost of Apple’s most expensive flagship had dropped. The premium iPhone 12 Pro Max in the basic modification was priced at 110 thousand rubles, but after a few months its price dropped to 90,990 rubles.