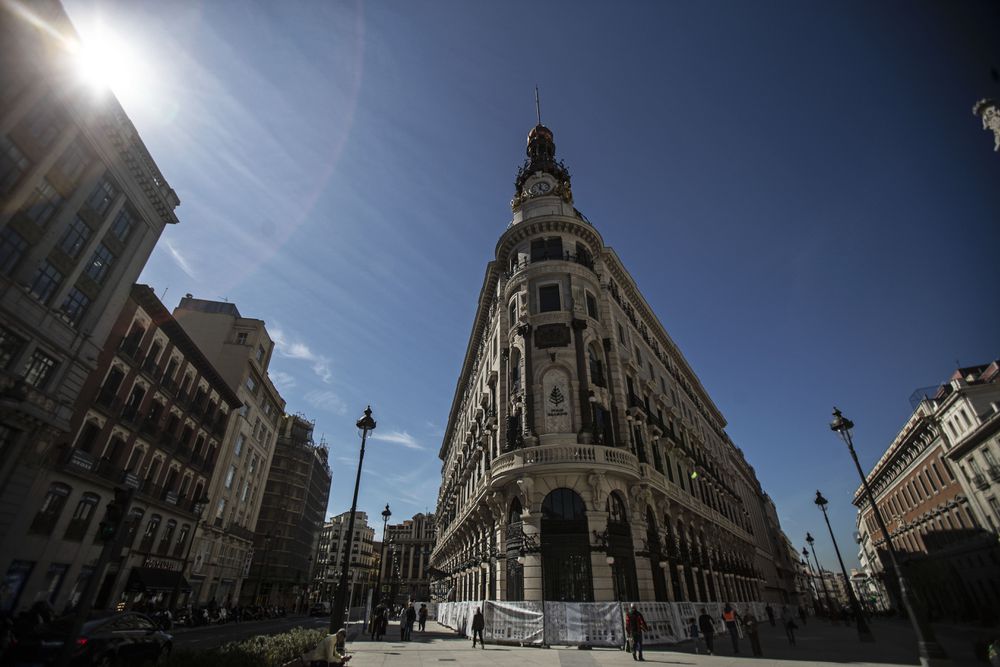 Centro Canalejas Madrid, the limited company that manages the luxury complex of the same name a few meters from Puerta del Sol, received 93.5 million from the sale of the 22 apartments that house the set of seven buildings in whose rehabilitation they have been invested about 600 million euros. This is reflected in the latest annual accounts formulated by the company, relating to the 2019 financial year and deposited this month with the commercial registry, which also report how the pandemic has affected the project, which had to delay four months, from May to September, the opening of the only Four Seasons hotel in Spain.

Although these are the 2019 accounts, when the company closed with a loss of 6.3 million compared to the negative 1.6 million a year earlier, the company takes advantage of the events after the closing to list some important milestones that They took place in 2020. This is where the accounts refer to the 22 super-luxury homes, which have been sold for around 15,000 euros per square meter and are among the most exclusive in the capital. Specifically, the report indicates that it was in April 2020 when the first occupation license was obtained from the City Council. Two months later, on June 11, the sales were formalized with the delivery of the deeds. The owners had paid as an advance 30% of the amount of the luxurious apartments, whose star asset is a 700-square-meter duplex that was sold in 2018 in an operation valued at around 10 million.

The sale of the remaining 21 apartments has brought the company up to nine times more. According to the annual accounts, when these were formulated, the delivery of 20 buildings had already been completed, for which 81.8 million euros had been received. The outlay that the buyers had to make was higher than that figure: the accounts indicate that this is the amount that the company obtained after deducting the VAT payment (the purchase of a new home is generally taxed at 10%). Of the two apartments that remained to be sold, Centro Canalejas points out that one was scheduled to be deeded in October, while the other was pending the checks required by anti-money laundering regulations. However, both were supported by 8.5 million and 3.2 million respectively. In other words, in total, the sale of the Four Seasons Private Residence promotion (the hotel itself is in charge of the concierge work for this exclusive community of neighbors) has amounted to just over 93.5 million euros. This figure, slightly above the 90 million that, in its day, the promoters had set as a goal.

The good progress of the sale of the houses made it possible to fully amortize the tranche of the union loan linked to these houses, which amounted to 38.8 million euros. In principle, Centro Canalejas, 50% owned by the construction company OHL and the real estate investment firm Mohari, should not repay the entire loan until next March, but decided to do so in June of last year. However, before he did have to request a deferral of three months (from March to June 2019) for the amortization of the first 75% of that loan. The reason, according to the annual accounts, was “the difficulties that the state of alarm decreed by the Government on March 14 (…) was causing the closing of the housing sales operations.”

5.6 million for the cutting of a metro line

That was not the only adversity caused by the coronavirus. The pandemic forced a delay in the opening of the complex’s most iconic asset: the Four Seasons Hotel. This establishment should begin to receive tourists with high purchasing power – rates started at 750 euros although they have been lowered somewhat with the pandemic and can reach up to 18,000 euros per night in which the royal suite is calculated – on May 15, Finally, its 200 rooms did not open the doors until September 25. Given the delay in the operation, the company initiated an ERTE due to force majeure that affected “most of the workers” (the workforce consisted of 15 men and 12 women as of December 31, 2019). This setback had an economic impact estimated at around 2 million euros. This figure, in addition to the hotel, includes the delay in the commercial galleries project, where refurbishment works required by the luxury brands that will settle there had to be carried out. If the initial forecast was to open these commercial spaces at the beginning of this year, the new management forecast points to the second half of 2021.

More successful was the sale of another space: the office leased to Banco Santander. At the end of July, the transaction whereby this property was transferred to Warburg-HIH Invest was closed. This German fund manager paid 29 million for the property, which also made it possible to fully amortize the section of the syndicated loan linked to offices, which amounted to just over 10 million. Together with the sale of the homes, this left a cash situation of almost 59 million for Centro Canalejas, which took the opportunity to repay 16.3 million loans that it had received directly from OHL, as well as for the payment of other loans and the distribution of an issue premium of 10.6 million to Proyecto Canalejas Group (the group that owns 100% of Centro Canalejas and through which OHL and Mohari hold their stakes).

Another relevant incident reported in the report is the one that caused the closure of line 2 of Metro Madrid for four months. The events in this case do refer to the year 2019, when the Madrid underground saw its service interrupted in the surroundings of the macro-complex, then under construction and which includes a parking lot, for four months (from January to May). The company points out that to solve this setback it had to put 4.8 million euros, which it classifies as anticipated expenses. If the reinforcement works of the affected subway tunnel are added, the expenses amounted to 5.6 million. Of them, at the end of that year it had recovered 816,000 euros of insurance. In January 2020, Mapfre disbursed 2,000 million in concept of the “minimum amount of the claim” which, according to the annual accounts, “continues in the expert and valuation phase”.

Russian drivers will be banned from riding summer tires in winter

Justice League: Joker and the biblical reference in new trailer for the film