“The most beautiful winter” in the service of “Sadarat Al-Zaeem” 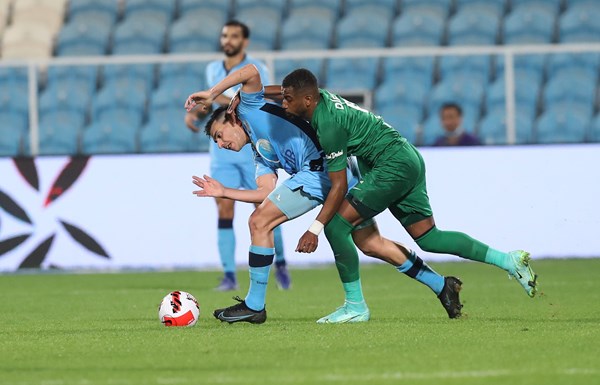 The 12th round of the “ADNOC Professional League”, which bore the slogan “The Most Beautiful Winter in the World”, was played in the service of the “leader”, the leader in the standings with 30 points, after the direct stumbles of the pursuers, with a tie of Al-Wahda and Al-Jazira 1-1, and the loss of Al-Ahly youth against Bani Yas 1 -4, and Sharjah tied with its last-placed host, Emirates, 2-2.
It seemed that all the teams seeking to chase Al-Ain were satisfied with retreating in the round that witnessed a new victory for the leader at the expense of his guest Ajman, after he turned his delay with a goal into a 2-1 victory, to confirm the “leader” of his right to decide the title of “Winter Champion” early, and since the end of the last round, After expanding the difference with his closest competitor to 9, after raising his score 30 to 21 for the “runner-up” unit.
The two poles of the capital, Al-Wahda, “the runner-up” and the “fifth” island, failed to take advantage of the results and approach the leader, after they were satisfied with a positive 1-1 draw to face the “derby” at Al Nahyan Stadium. His record and the biggest in his career this season against his host Bani Yas 1-4, after “Al Fursan” scored the first goal from a penalty kick that Al Kamali scored in the fifth minute.
The position of Sharjah, ranked fourth with 20 points, was not better after its players led to a 2-2 draw against the UAE, the last place, thanks to Caio Lucas’ goal about 10 minutes before the end of the original time of the match.

Ferrari SF21: the red shrimp is still better than McLaren