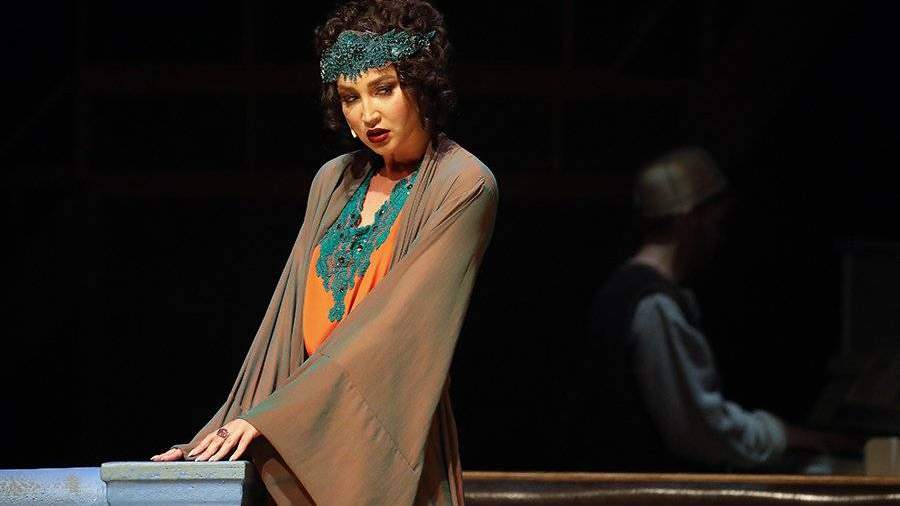 Moscow Art Academic Theater named after Gorky “haipanul”, inviting singer Olga Buzova for a role in the play “The Wonderful Georgian” about the life of Joseph Stalin. The corresponding statement was made on Friday, June 11, by the artistic director of the Moscow Art Theater Eduard Boyakov.

“Of course, we are haipanuli, of course. I think a bundle of factors worked here. First, a new Moscow Art Theater, a new repertoire policy. Secondly, Stalin as a topic and, of course, Olga Buzova. This triangle, quite complex, worked, “- reports Boyakov’s words” RIA Novosti “.

He added that in the performance itself, no unambiguous assessments are given, only “an analysis of ethical circumstances.”

Boyakov is confident that Buzova will be able to become an “ambassador of high art in the world of show business.” According to him, he decided to invite the singer after he met with her.

“I saw her energy, I believed, I had a resonance, empathy, we immediately agreed,” Boyakov shared.

On June 6, the TV presenter announced the invitation to the production of director Renata Sotiriadi “The Wonderful Georgian” about Stalin to her Instagram subscribers.

Sotiriadi explained the choice of Buzova for the role of Bella Chantal by the fact that the singer is the same extraordinary person as Joseph Stalin.

The artistic director of the Moscow Art Theater named after Gorky Eduard Boyakov stated that Buzova is not an intellectual, musician, thinker, model, designer, Diana Vishneva or Oksimiron, but she is “all together” and still “whole in her own way.”

The premiere of the play about Stalin’s life is scheduled for June 11 and 12.