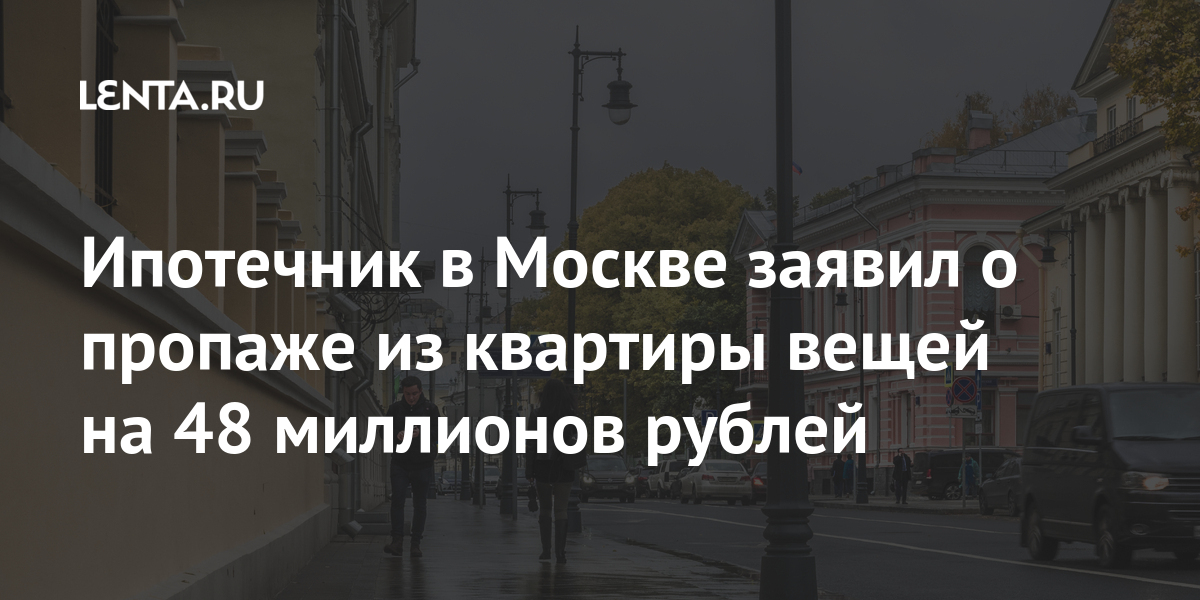 In Moscow, a 67-year-old pensioner with a mortgage debt reported to the police that things totaling 48.6 million rubles had been lost from the mortgage apartment. It is reported by TASS citing a law enforcement source.

According to the victim, unidentified persons took out of his apartment on Prechistenka Street a golden vase, a Hermes Kelly bag, a Louis Vuitton bag, an icon, an Audemars Piguet women’s watch and Bogdanov’s painting The Apprentice. At the same time, the man did not provide any supporting documents for the listed valuables.

The property disappeared from the apartment between August 2019 and March 15, 2021, the police did not notice traces of the door being broken. The apartment itself is pledged, while the bank has accounts payable. On March 15, the victim called the police into the apartment – he said that unknown persons were trying to get inside, because of which he had to fill the locks with glue.

The agency’s source explained that those who wanted to get into the apartment are, presumably, representatives of the creditor bank. On the fact of the loss of things and an attempt to enter the dwelling, a pre-investigation check was started.

Earlier it was reported that in 2020 the volume of overdue payments on mortgage loans in Russia increased by 7 percent, or by about 4.95 billion rubles. The total amount of delinquencies for all the years exceeded 77.5 billion rubles.

Hockey In the NHL, statistical rarity: Swedish Mika Zibanejad hit the hat trick and three assists in the same set

Racism incident in Spain: “This is unacceptable and a defeat for everyone”