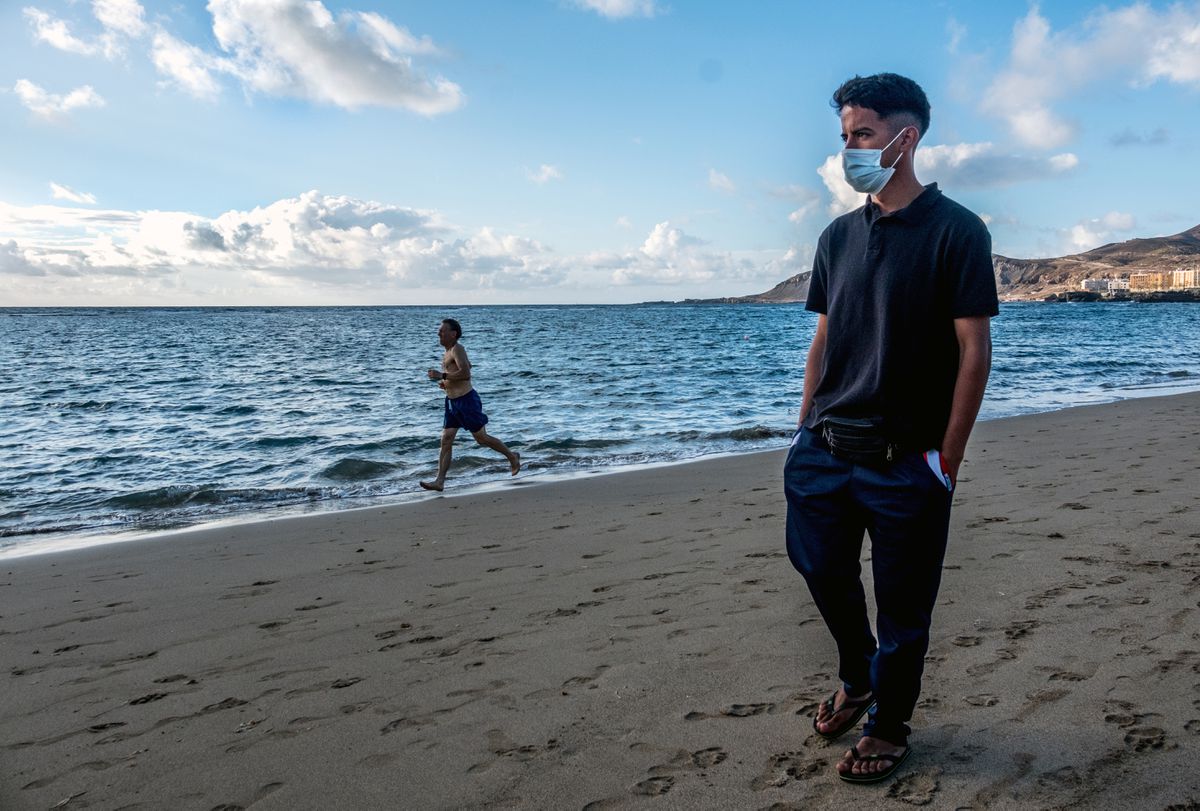 From his mobile repair shop in Dakhla, in Western Sahara, Tawfik watched as thousands of compatriots got into boats to reach the Canary Islands. He had been thinking about emigrating for a long time – he tried to reach the United States in 2019, but failed – so in November of last year, at the age of 25, he got on a fishing boat bound for Gran Canaria. He spent months in a hotel until he ended up in a camp where he barely ate and there was no hot water. He tried three times to leave the island, but the police prevented him. “It’s that I’m never lucky,” he lamented EL PAÍS in January.

Months later, however, two lawyers took his case to court, which last Thursday ruled in favor of Tawfik, who is already in the Peninsula. The judge’s order reminds the Police that the only limitation on the movement of migrants is sanitary restrictions and has just opened the first gap in the blockade that has been imposed on Canarian ports and airports since December. It’s not the only one.

Until December – and despite the restrictions due to the Covid – thousands of immigrants were able to leave the islands on their own, but during the last five months the Police have established permanent controls in Canarian ports and airports. The agents began to systematically stop migrants who tried to leave with their passports or their asylum applications, two documents recognized for travel.

Although the controls were aimed at complying with sanitary restrictions, in practice they served to identify foreigners who had arrived irregularly on the islands. This was the case with Tawfik and dozens of cases reported by lawyers and migrants. In fact, it was not verified whether they could justify their trip to confined territories, but their administrative situation. Beyond those who were discovered, for example, with false passports to which a crime can be charged, the rest were detained to try to return them or lost flights while procedures were carried out to identify them. Others, without further ado, were ordered to return.

The Ministry of the Interior points out that the only mobility limitations were those derived from the pandemic and that the security forces have ensured that all people, immigrants or not, comply with them. The islands’ airports, however, became off-limits to immigrants.

Things began to change last Friday, after the court decision was known, and dozens of immigrants have since managed to travel to other provinces justifying a change of address. One of the lawyers who handled the Tawfik case, Daniel Arencibia, explains the impact of the court decision: “Before the car, covid control was commonly used to frustrate the flight of those who did not have a regular residence. Although they carried PCR and justification to travel, the agents focused on checking if they were in an irregular situation. Now, the control is centered in the justification of the trip ”. The requirements are not easy – they require going through notaries and consulates – and many of those who try do not manage to get to the plane, but the phase in which it was impossible to avoid police control has been passed. Volunteers and lawyers are accompanying foreigners to access and their mediation is facilitating their departure.

A day after Tawfik’s car, in addition, a second judicial decision was known that limits a little more the action of the Police in Gran Canaria. An order of the Provincial Court of Las Palmas interprets that the return agreements that are opened to all immigrants who arrive by boat to the islands can only be executed in the first 72 hours of police detention or, where appropriate, after 60 days of internment in a Foreigners Internment Center. The decision thus limits the detentions that a posteriori are made in ports and airports to return immigrants and obliges the agents to open a new file – this time, of expulsion -, a process with more guarantees for the foreigner by allowing them to formulate allegations and ask the judge to suspend it. Police sources acknowledge that the combination of the two cars forces them to be “more flexible.”

The young Tawfik is already in Madrid and has started to organize his new life. “I am very happy, I have had a very bad time all these months,” he says in Spanish. The car did not benefit him because, when it was known, the Red Cross – which manages the camp where he lived – had already requested the Police to transfer him to the Peninsula as an asylum seeker. But the Moroccan saw how other migrants passed in front of him thanks to his case. “At first, when we went to the judge, I was just thinking about how to resolve my situation and get out of there, but I am glad that my case can be applied to everyone else.”

A new unfavorable context for Interior

In addition to the two recent court orders, other circumstances were already beginning to complicate the Interior Ministry’s plans to retain as many immigrants as possible on the islands and prevent their travels. Three weeks ago, Morocco announced the closure of the airspace with Spain and France from March 31 to at least May 21 and forced the suspension of deportation flights with which up to 360 Moroccans were returned per month. Without returns, the target of most arrests and internment of immigrants in an irregular situation, the police margin also narrows. In any case, it has finally been the judicial pressure that has advanced a new scenario that opened on May 9, with the end of the state of alarm. From that moment, it is expected that the perimeter closures of the autonomous communities will decline and with them the sanitary controls that, for months, have also served as a migratory filter.

I am: ‘Lisa M’ and ‘Bahiano’ were eliminated from the competition