The modification of the anti-eviction decree has few practical consequences, according to several legal experts 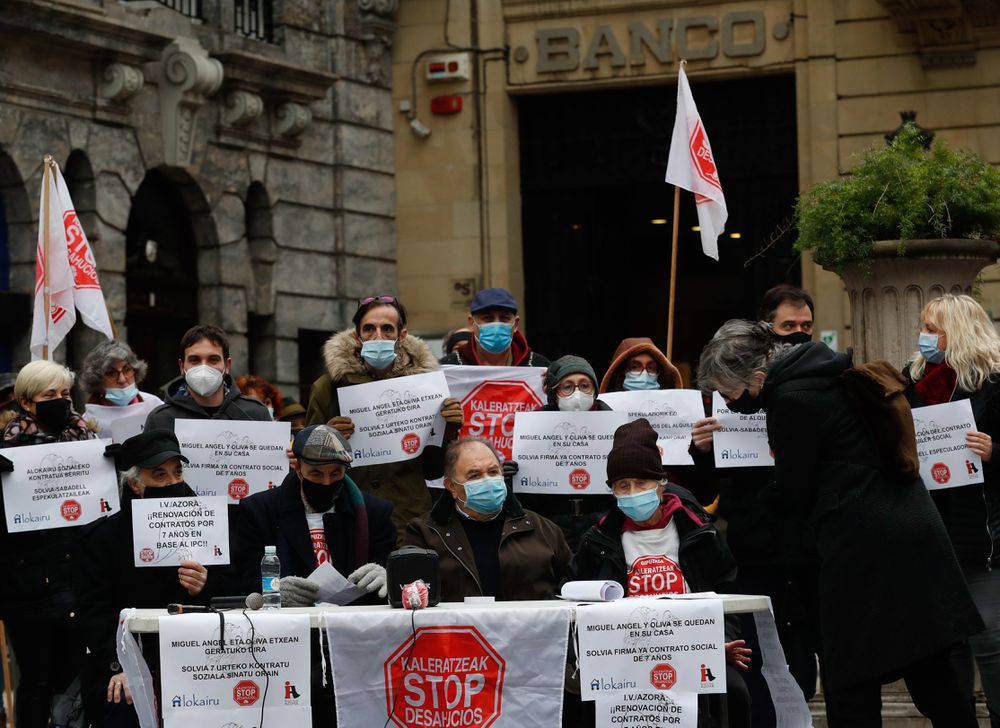 A change in the anti-eviction regulations approved last December has made the real estate sector unearth again the hatchet. “With these changes, the Government opens the door to the occupation of empty homes by large homeowners, natural persons or legal entities, by removing the figure of crime, such as usurpation,” says José Manuel Zurdo, general director of Rental Negotiating Agency. The debate has jumped into politics and the PP has accused the Executive of “not respecting private property” through its Deputy Secretary for Sector Policy, Elvira Rodríguez.

The government’s position, logically, could not be more dissenting. A spokesperson for the Ministry of Transport, Mobility and Urban Agenda, on which state competencies in Housing fall, recalls that the assumption on which the norm has been modified only refers to homes that demonstrate economic vulnerability and in which, in addition, there are situations of dependency, minors in charge or there is a victim of gender violence. In addition, it highlights, the current anti-eviction measures are only valid until the end of the state of alarm (scheduled for May 9).

What, then, is the legal scope of the new measure? Here are five questions and answers to help you understand what modifications are and how some legal experts see them:

What does the change consist of?

At State official newsletter last Wednesday, taking advantage of a decree on Consumption, the Government introduced a new modification of Royal Decree Law 11/2020. This is the text in which, at the end of March last year, some urgent measures were adopted to alleviate the economic consequences of the coronavirus and since then it has been reformed countless times. Last December it was done, for example, to expand the cases in which the courts could stop an eviction. This regulation is the one that is now being changed again to also contemplate cases “in which the eviction is the cause of a criminal procedure”.

In the December draft, the temporary suspension of the procedure was only contemplated for evictions that legally follow the civil route, which are the majority because they are the fastest. Now it includes “those other criminal proceedings in which the launching of the habitual residence of those people who are living in it without any enabling title is substantiated” (that is, occupying it illegally). But, along with this, the decree contemplates many other requirements and does not cover anyone who occupies a home, it only does so under certain circumstances.

What are those circumstances?

Neither the second nor the third section of the article that regulates the stoppage of evictions has been modified. These sections are the ones that basically regulate the cases in which the judge can stop the eviction and determine that the rule applies only to households in a situation of economic vulnerability (in accordance with the requirements formulated in another point of the law). In addition to this vulnerability, which must be accredited with a report from the social services, a second condition is added: that in the home to be evicted there are minors, dependent persons or recognized victims of gender violence. Otherwise, the judge cannot agree to stop the eviction.

The new decree does modify the seventh section, which regulates a series of exclusions to the norm. This is the change that has raised the most controversy: until now it was said that it was impossible to stop the eviction “when the entry or stay of the property” was “a consequence of crime.” Now that requirement says that it will be “when the entry or stay in the property has occurred through intimidation or violence against people.”

How does the Government justify it?

The aforementioned source from the Ministry of Transport indicates that “it did not make sense” to maintain the previous statement, which spoke of a crime, once criminal proceedings are included among the cases that allow an eviction to be paralyzed because that route implies the presumption that there is a crime . “We have realized that in criminal proceedings there are also minors, dependents or victims of gender violence; and it doesn’t mean those people are criminals, they do [la ocupación] due to their particular economic circumstances ”, he defends.

This explanation does not convince David Viladecans, director of the legal advisory area of ​​the Tecnotrámit firm. “A legal provision is reformed on which not a month has passed to solve situations that have been classified as a crime,” says the expert. “To say that the judge needed this to be able to stop an eviction is false; already had instruments during training to decide whether to paralyze or not [el desalojo] cautiously ”, he adds.

On the other hand, for Natalia Palomar, head of the legal incidence area of ​​Provivienda, the change makes sense because the previous wording of the rule could cause “all repossessions of home ownership to go through criminal proceedings, with the criminalization that it would entail. ”. The lawyer of the organization that works with people with difficulties in accessing housing goes further and recalls that only three penal codes in the history of Spain have typified the occupation of an empty house without violence: that of 1848, that of the dictatorship of Primo de Rivera and the current one, from 1995 (which considers it a minor crime of usurpation). “It is a conduct that should not be considered a crime, but recovery should go exclusively through civilian channels without criminalizing vulnerable people,” says Palomar.

What then is the scope of the modification?

In this, the experts consulted agree: the scope is quite limited. Even Viladecans, the most critical of the new rule, admits that “criminal proceedings have always been ineffective, since the judges do not give priority to usurpation.” However, it does fear that squatters that are outside the assumptions covered by the rule will take advantage of it to delay the processes. “Until the social services issue the report, the judge does not intervene and in the end it is a mechanism to interfere,” he explains.

For Lorena Rufo, a lawyer for Legálitas, “practically nothing changes.” Rufo recalls that the suspension of evictions is in no case automatic, but “it is the judge who must weigh the situation and, listening to the other party, decide.” Both this expert and Palomar also emphasize that the temporary limitation to the validity of the current state of alarm. Therefore, as of May 9, the regulations on evictions would once again be the same as before the pandemic. The real estate sector, on the other hand, fears that the Government will decide to extend it.

Are there more changes?

Yes, the Government has introduced another modification, although this has raised less dust. This is another of the exclusions contemplated by the rule and which referred to the fact that the occupied dwelling is someone’s habitual residence or second residence. In these cases, the judge cannot stop the eviction (as it could not be otherwise, according to the experts, because it is not an occupation, but rather a home invasion). When the property is rented, the December decree only referred to those that were “owned by a legal person.” Now that is corrected to also include natural persons. The regulations only apply when the property belongs to a large owner and, therefore, mainly affects companies that have many empty floors. But formally, it can also affect an individual who has more than ten homes and has rented the occupied property to another person. This modification corrects a legal vacuum left by the wording that was made in December.

The rest of the exclusions do remain the same: the judge can never stop the eviction if there are indications that the house is used for illicit activities or if it has been assigned to an applicant for social housing. Nor in those cases in which the entry into the property is after the entry into force of the previous decree (that is, on December 23), a condition in which the Government put the accent in its day to respond to the criticism that the rule would encourage occupation.

Life Topi Varpukari enjoys sports and works, but is still depressed – This is a form of depression that many do not even recognize as depression.