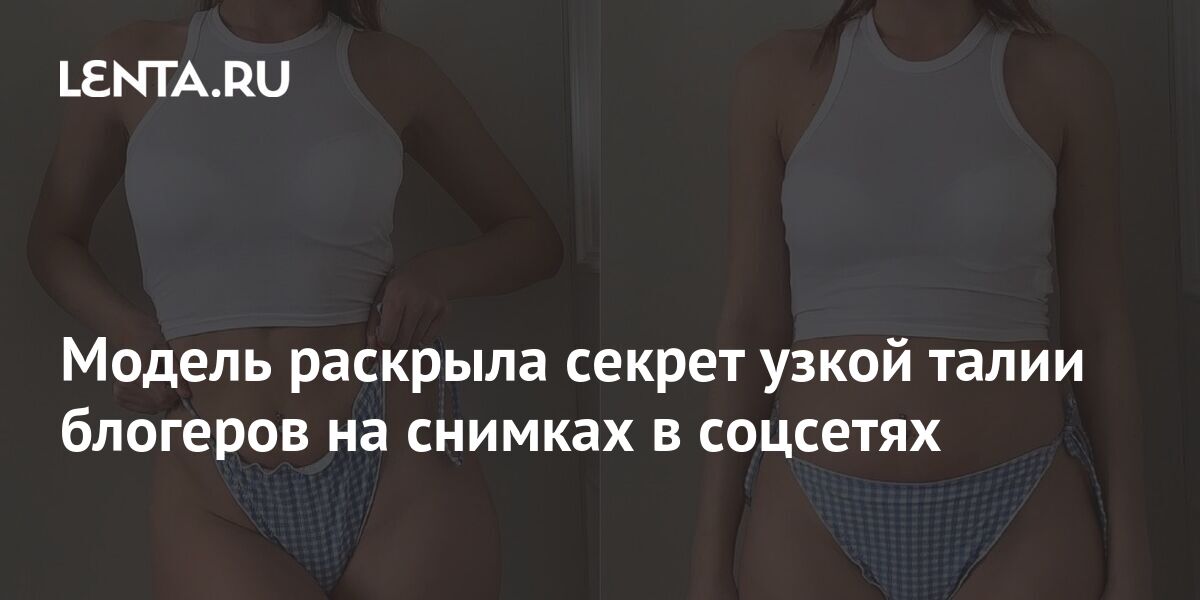 The British model and blogger has revealed a secret pose that her colleagues use for pictures on social networks. The corresponding photos appeared on her page in Instagram…

TV star Georgie Clarke regularly publishes collages in which she demonstrates how her figure looks from different angles of shooting. So, for example, in one of the frames, she showed how to achieve a narrow waist using the correct posture and lighting. The model was photographed in the mirror in a white crop top and blue caged swimming trunks, holding their sides with her hands and crossing her legs.

At the same time, in the next photo, the celebrity is captured in a relaxed position, which makes her stomach and buttocks look larger. According to Clarke, in the first frame, she strained her abs, held her breath and tilted the body back. Also, the hands covered the lateral parts of the abdomen, due to which her waist became visually narrower.

“Not everything you see on social media corresponds to real life. Therefore, when you pose in this way, make sure that your view of the photo does not cause complexes in you, ”the model signed the publication, who received more than 24 thousand likes.

Earlier, Georgie Clarke showed cellulite in the photo and urged to refuse to hide flaws. First, she posed facing the camera with an even posture and straightened shoulders, holding her buttocks with her hands. After that, the girl was photographed with her back to the lens to show cellulite on her thighs and buttocks.