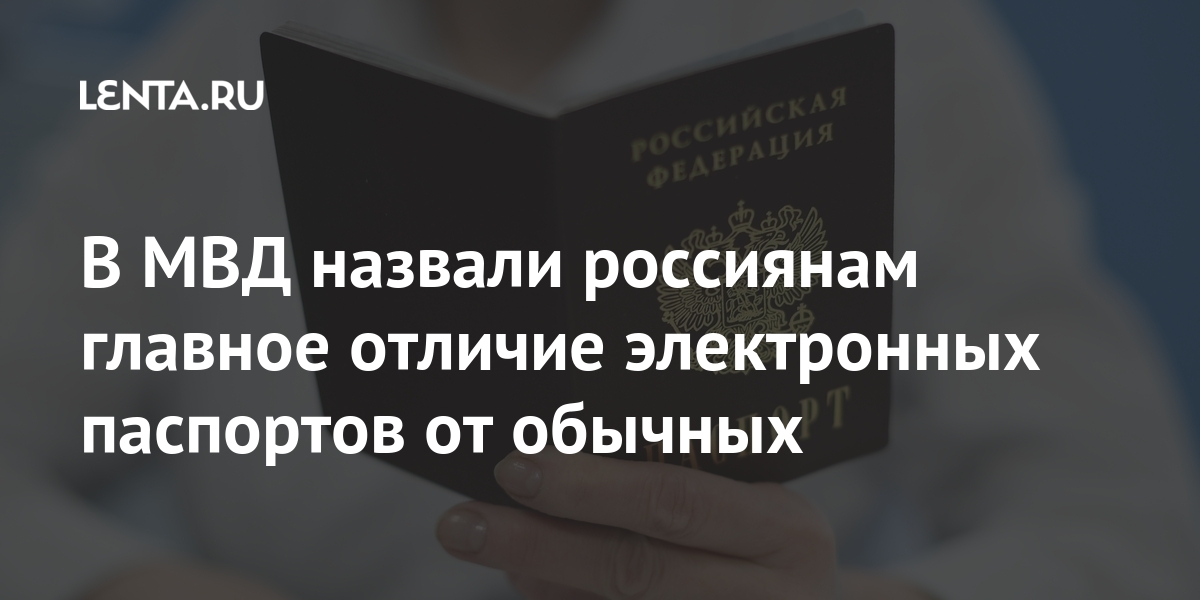 The main difference between electronic passports and ordinary ones is the production format. This was told to the Russians in the Ministry of Internal Affairs, reports RIA News…

“The main difference between PEN (a plastic card containing an electronic data carrier) from the current“ paper ”one is the format of production in the form of a plastic card,” the department noted.

Also, the passports will contain personal and biometric data of its owner. “The issuance process will require digital photographing of a citizen and scanning the prints of papillary patterns of two fingers,” the Ministry of Internal Affairs explained. In addition to fingerprints, an electronic signature can be added if desired.

Earlier in April, it was reported that Russians will be able to obtain an electronic passport no later than July 1, 2023. At the first stage, it is planned to issue about a hundred plastic cards with a chip (PEN). In Moscow, the issuance of new passports will begin on December 1 this year.

Earlier, the Ministry of Internal Affairs disclosed the criteria for photographs that are not suitable for a passport, as well as entries that cannot be entered into the main document of a Russian. Pictures cannot be subjected to artistic processing in editors to improve the image. In addition, you should not use colored lenses, take pictures in uniforms and outerwear, as well as scarves that cover your chin.

United States: For some Republicans, slaves are still three-fifths of a person