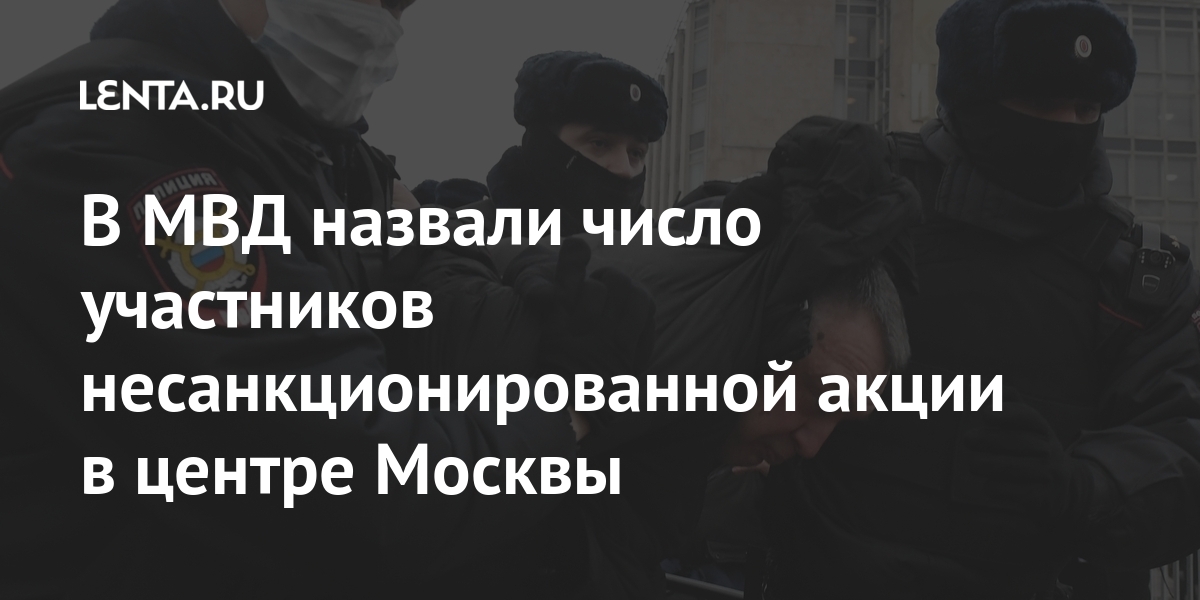 About four thousand people are taking part in the unauthorized rally, which takes place in the center of Moscow on Saturday, January 23rd. This number was named in an official message published on website the capital’s headquarters of the Ministry of Internal Affairs.

“On Pushkinskaya Square in Moscow, about four thousand people gathered for an unauthorized event,” the department cites information.

Earlier it was reported that arrests began at the rally in the capital. It was noted that law enforcement officers detained those who completely hide their faces with masks, scarves and balaclavas, as well as protesters who came to the rally with placards. At the same time, there is no information on the exact number of those detained at the moment.

Earlier, the Ministry of Internal Affairs said that agitators calling for participation in unauthorized actions planned in Russian cities for January 23, may be brought to administrative responsibility even before the events are held, since the police have reason to punish “everyone who calls on the Internet in person, by mailing of written requests ”. The suppression of the rallies on January 23 by the security forces was also reported earlier by the Prosecutor General’s Office.