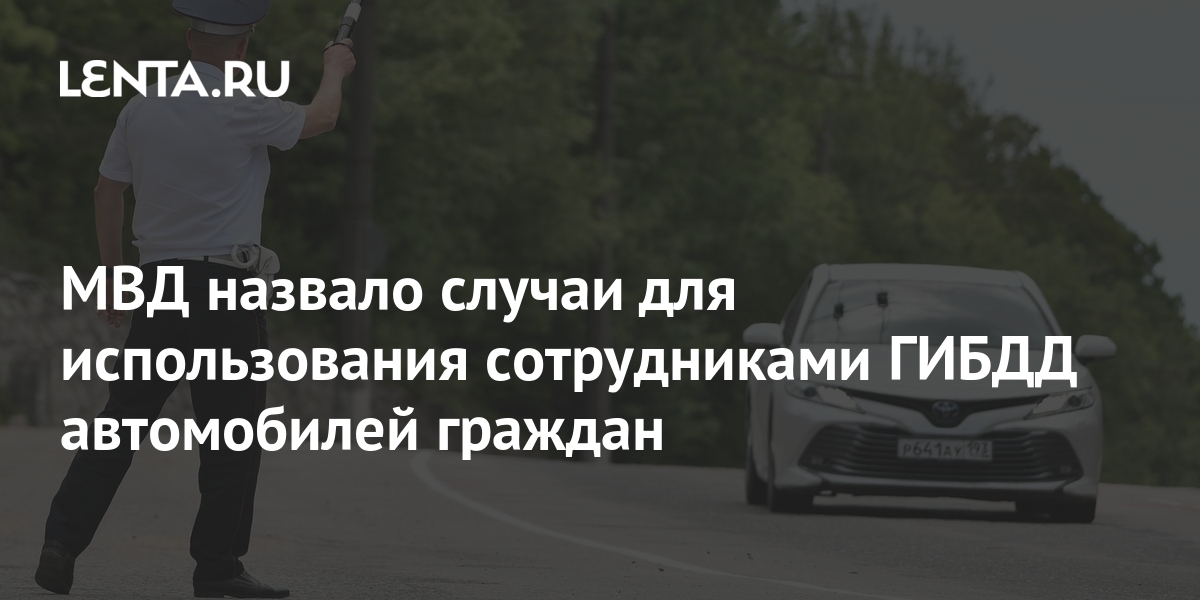 Traffic police officers can use the cars of citizens, but not in cases of prosecution of criminals. It is reported by TASS with reference to the draft order of the Ministry of Internal Affairs.

The document says that if it is necessary to use a car, an employee must inform the driver about this, as well as indicate the purpose, the route of movement. Responsibility is provided for failure to comply with the requirement. It is clarified that in this case the driver himself drives the car, if there is no reason for him to be removed from driving.

“The employee who used the vehicle, at the request of the driver, issues him a certificate or makes an entry in the waybill indicating the duration of the trip, distance traveled, his name, position, ID number, the name of the traffic police unit,” the order says.

The pursuit of offenders can only be carried out in a patrol car with the included light and sound signals.

Earlier it was reported that traffic police officers without a uniform were allowed to record two violations of Russian drivers: they will be able to establish dangerous driving and talk on a mobile phone when conducting covert road surveillance using a patrol car without a special color scheme.