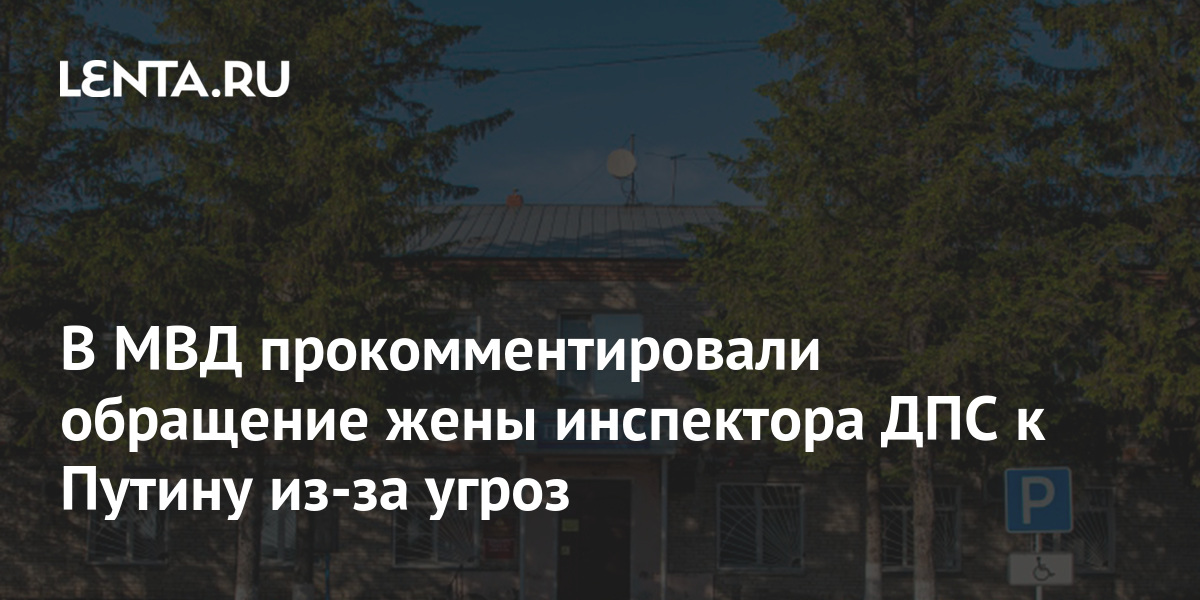 The wife of the traffic police inspector Alexander Gusev, who accidentally shot at the violator during his arrest near Novosibirsk, recorded a video message to Russian President Vladimir Putin on the advice of her lawyer. This was reported by the press service of the Main Directorate of the Ministry of Internal Affairs for the Novosibirsk region, reports TASS…

“When interviewing the employee’s wife, it was found that the woman made a public statement on the advice of her lawyer in order to draw public attention to this situation,” commented Natalya Guseva’s statement in the department. They noted that in reality there were no threats to her family.

Earlier on June 4, a video message from the policeman’s wife to Putin, as well as to the heads of the FSB and the Investigative Committee of Russia, Alexander Bortnikov and Alexander Bastrykin, appeared on the network. The woman reported regular threats against her family and asked for protection from possible attacks on life, health and property.

On May 28, in the village of Moshkovo near Novosibirsk, Gusev drove the detainee into an official car to establish his identity. At that moment, Vekil Abdullayev, a 19-year-old Azerbaijani man, an acquaintance of the detainee, began to interfere with him. The traffic police inspector began to beat the young man with his hands and feet, then took out a service pistol and involuntarily pulled the trigger. The victim received a bullet wound to the head and died on May 30.