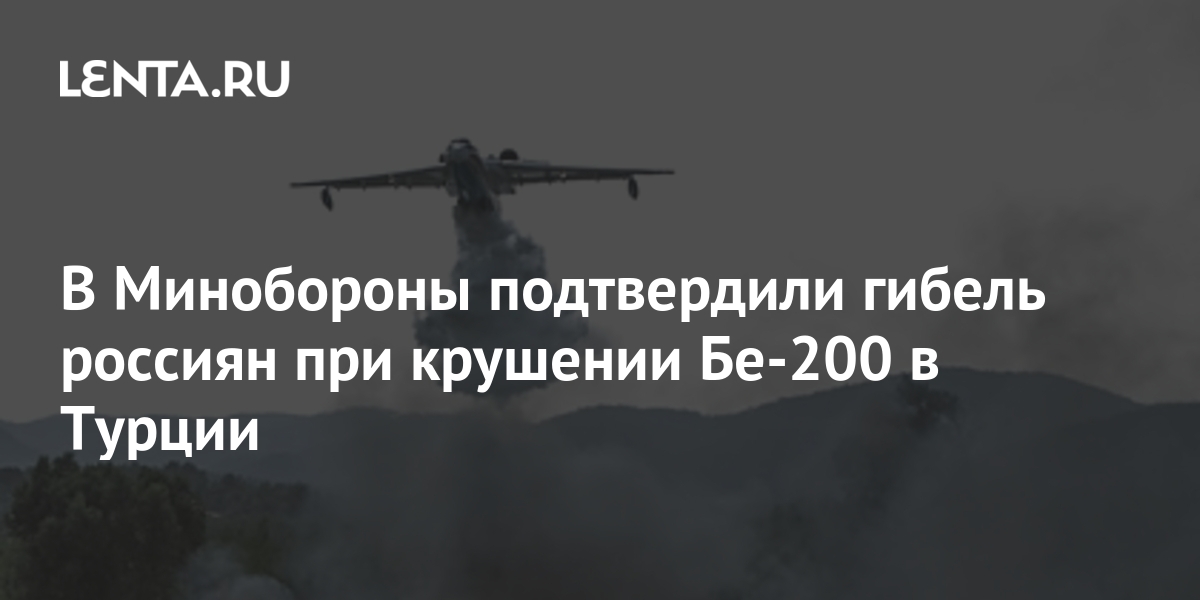 The Russian Defense Ministry officially confirmed that all the crew members of the Be-200 firefighting aircraft, which crashed in southeastern Turkey on August 14, were killed. It is reported by RIA News…

It is noted that there were five Russian servicemen and three Turkish citizens on board the aircraft, who helped the crew with the detection of fires.

The aircraft belonged to the aviation of the Russian Navy. It is clarified that the crashed board was accepted into the Navy at the beginning of 2020 and in the summer of the same year participated in the main naval parade, which is traditionally held in St. Petersburg.

The Russian Defense Ministry has already sent its commission to the crash site to find out the reasons for the incident.

Information about the crash of the Be-200 in the southeast of Turkey appeared earlier on August 14. It was reported that the plane was leased by the Turkish authorities from Russia to extinguish fires. The aircraft crashed at about 15:10 Moscow time near the settlement of Adana. It is known that the plane came in for a landing after extinguishing several hotbeds of wildfires.