The “Ministerial for Development” discusses the governance of humanitarian, charitable and development work 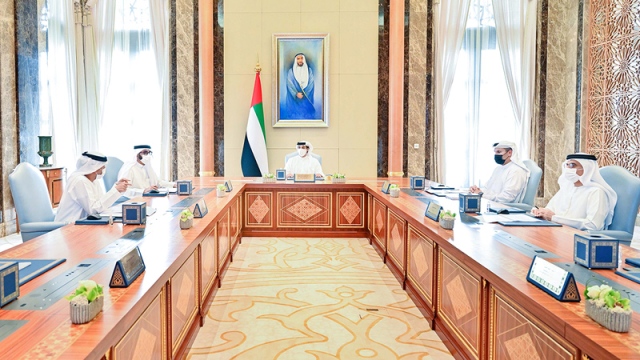 His Highness Sheikh Mansour bin Zayed Al Nahyan, Deputy Prime Minister and Minister of Presidential Affairs, presided over the meeting of the Ministerial Council for Development, which was held at the Qasr Al Watan complex in the capital, Abu Dhabi, yesterday evening. Within the agenda of the meeting, a number of initiatives and topics were discussed, within the framework of developing the governmental work system, on top of which is the organization of humanitarian, charitable and development work in the country.

The council discussed strengthening coordination and organizing humanitarian, charitable and development work for the Emirati humanitarian, charitable and donor institutions, through the governance of foreign aid to the UAE, and setting up a unified framework to coordinate, organize and provide practical guidance to all UAE agencies and institutions that provide foreign aid, whether governmental or non-governmental, in a way that works on Providing greater opportunities for cooperation, benefiting from its multiple work, increasing the level of efficiency and effectiveness of aid, and applying best practices in implementation, follow-up and control.

The council also discussed, within the agenda of its meeting, the measures taken to activate the companies’ law, which allowed entrepreneurs and foreign investors the possibility of establishing and fully owning companies in all economic activities, except for some activities in which ownership percentages may be distributed between citizens and foreign investors. Activities with a strategic impact, and the necessary controls for licensing companies that carry out any of these activities, as well as mechanisms for determining ownership ratios in them, in a way that contributes to increasing the flow of foreign investments, attracting expertise and modern technology, establishing investment projects in activities, and establishing the state’s position as a major attraction center. For foreign direct investment at the regional and global levels.

The mechanisms and standards for organizing nurseries and care rooms in government agencies were also discussed, which aims to enhance the role of the government work sector as a sector that supports the family, cohesion and development in the UAE, and supports working women and encourages them to engage in the labor market to raise the level of their participation in the work force in the country, by providing And the dissemination of nurseries, education and early childhood care services in all government agencies and work sites, provided that the Ministry of Education and local educational authorities undertake the tasks of licensing, evaluating and monitoring these nurseries.

In the same context, the Council reviewed mechanisms for empowering local educational bodies to play some of the roles and specializations related to early childhood (nurseries).

The council also discussed a proposal to regulate housing allowance mechanisms in the federal government, through flexible controls and rules that regulate housing and eligibility conditions, in accordance with the legislation in force in the country.

Within the agenda of its meeting, the Council reviewed a number of government reports within the framework of the development of government work, which included reviewing the Ministry of Finance report on developments, the action plan for adopting the national identity number as a unified identification number, the annual report of the Emirates Development Bank Board of Directors for the year 2020, and the annual report of the Council Emirates Food Security for the year 2020.

The Council also reviewed the executive summary of a study on deepening cooperation and economic integration in the Gulf Cooperation Council prepared by the General Secretariat of the Cooperation Council for the Arab States of the Gulf, in addition to the results of the study of the committee formed to consider linking electronic educational data.

– Promote coordination and organization of humanitarian, charitable and development work for Emirati institutions and donors.

Consolidating the country’s position as a major center of attraction for foreign direct investment at the regional and global levels.

Discussing a proposal to regulate housing allowance mechanisms in the federal government through flexible controls and rules governing housing and entitlement conditions.

Economics – Bill and Melinda Gates: End a 27-Year Marriage That Shakes the World of Philanthropy