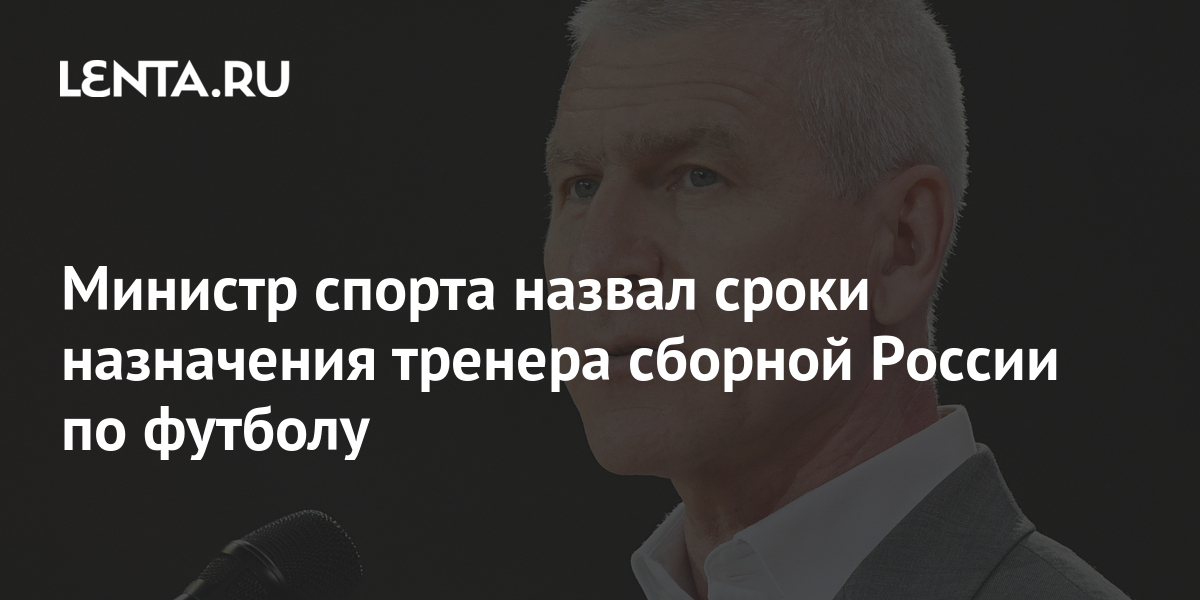 Sports Minister Oleg Matytsin announced the timing of the appointment of the coach of the Russian national football team. It is reported by RIA News…

According to him, the coach of the national team will be selected in the near future, before the qualifying matches of the World Cup.

Earlier, the former goalkeeper of the Russian national team Igor Akinfeev commented for the first time on the departure of Stanislav Cherchesov from the post of head coach of the national team. The CSKA goalkeeper considered that this was a logical decision, “after all, all life cycles come to an end sooner or later.”

On July 8, Cherchesov left the post of head coach of the national team on July 8. The specialist has led the team since 2016. Under his leadership, Russian footballers made their way to the quarterfinals of the home world championship. At Euro 2020, Cherchesov’s team failed to overcome the group stage.