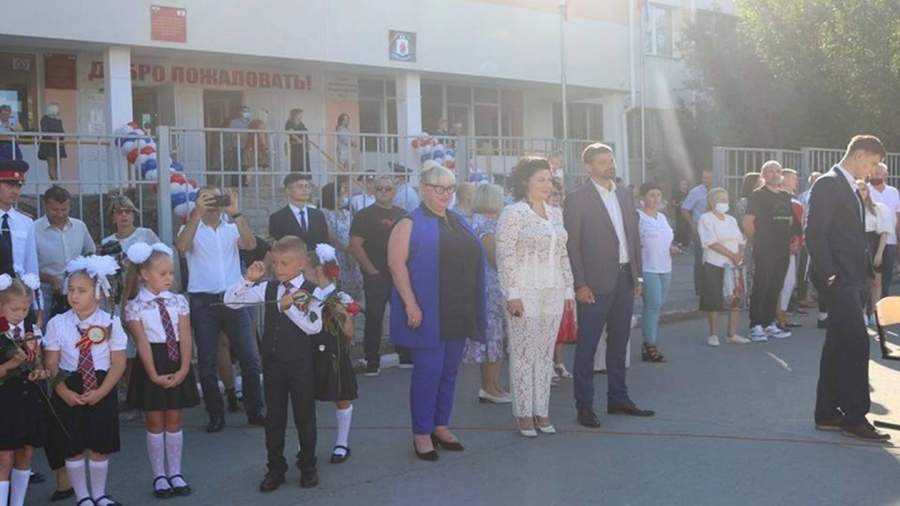 The outfit of the Minister of Culture of Crimea Arina Novoselskaya, in which she congratulated teachers and students of the Makarenko Simferopol School-Lyceum on the Day of Knowledge, caused indignation on the Web on September 2.

Judging by the comments on the VKontakte social network, many parents found the translucent lace trouser suit unacceptable for the line at school.

In addition, they noted that children are forced to wear uniforms, while Novoselskaya clearly violated the rules of the business dress code.

“There are a lot of kids who eat everything on the fly. We were taught at school how to come to school and what to wear. I didn’t come to the casting, but to a decent institution, where they teach culture and not only, ”the user is quoted as saying. kp.ru…

This is not the first time that Arina Novoselskaya has given a reason for discussions on social networks. On March 11, during a video meeting on the implementation of federal targeted programs in Crimea, Novoselskaya was unscheduled, which was obscenely indignant at the malfunctions of equipment that had arisen in her.

The head of Crimea, Sergei Aksenov, in turn, was outraged by what had happened and instructed the vice-premier of the republic, Mikhail Nazarov, to conduct an official check.

Sergei Tsekov, a member of the International Committee of the Federation Council, noted that the use of obscene expressions at the meeting does not paint Novoselskaya, but this is not a reason for her dismissal.