The militias have turned the conflict in Yemen into a “proxy” war, for which civilians pay the price 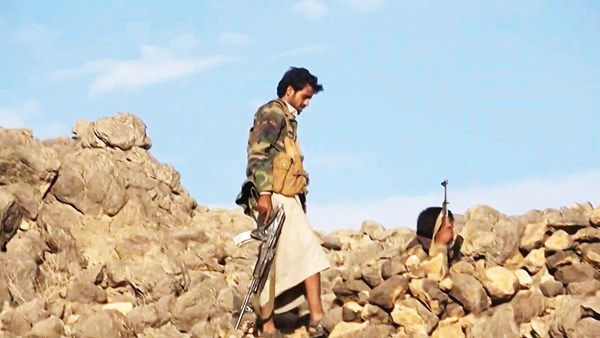 Dina Mahmoud (London) – In conjunction with the United States ’request to the terrorist Houthi militia to stop its military operations in Marib, Western experts and analysts denounced the Houthis’ adherence to the military option, and called on the international community to impose sanctions that would force them to lay down their arms and respond to efforts made to end the current war .
The day after the American envoy to Yemen, Timothy Lenderking, affirmed the need for a comprehensive ceasefire in Yemen and an end to the Houthi attack on Marib, Western experts stressed the importance of adopting an approach based on exerting economic pressure, as well as targeted pressure on the parties benefiting from the war. , Which is currently represented by the terrorist Houthi militia and their regional backers.
The experts, who participated in an online seminar to discuss the developments of the Yemeni crisis, agreed that the Houthi militias are the only beneficiaries of the continuation of the war that has been raging for more than 6 years in Yemen, which has led to this country becoming an arena for the worst humanitarian crisis in the world. After 80% of its citizens became in need of assistance, and a large number of them fell below the poverty line. Experts said, “Only Yemenis can reach a settlement to the conflict raging in their country, without outside interference,” in a clear condemnation of the Houthis’ insistence on bullying their regional supporters, In order to obstruct the efforts made to bring down the curtain on the war, which has led to more than 16 million Yemenis suffering from food insecurity, in parallel with the worsening scarcity of clean drinking water, medicines and basic medical services, which increases the risk of the spread of the Corona epidemic, And other diseases and epidemics.
During a seminar organized by the Euro-Mediterranean Human Rights Monitor, experts stressed that there is no military solution to the conflict in Yemen, which contradicts the strategy the Houthis have followed since their takeover of the capital, Sanaa, in September 2014.
The Scope website quoted the symposium participants as saying that the Houthi militia has turned the conflict in Yemen into a proxy war, for which civilians there, of whom 14 million have become, need urgent humanitarian intervention, in light of the displacement of millions from their homes, and worsening unemployment rates. In a massive way, after companies closed their doors and capital fled the country, experts called for resorting to the weapon of sanctions, to force the parties that abort peaceful initiatives in Yemen to abandon these intransigent positions. It is known that the Houthi militia has refrained from responding to the initiative put forward by the Kingdom of Saudi Arabia in late March, to stop the battles and open the main ports and airports in many Yemeni regions, with the aim of delivering humanitarian aid to more than 20 million residents.
The participants in the symposium highlighted the grave violations committed by the Houthis to international humanitarian law, whether by obstructing the access of aid to those in need in Yemen, or by launching indiscriminate attacks against civilians, especially during their current operations in Marib.
During the symposium, a plan was proposed to end the war in Yemen in three phases, beginning with reaching a permanent ceasefire and imposing sanctions on all who prevent this from happening, through the temporary formation of northern and southern regions governed by a central administration responsible for defense and foreign policy, up to Conducting a general referendum, to determine whether Yemenis want to remain under the umbrella of a unified state, as has happened since 1990, or to return to what was the case before that, with the existence of two separate states in the north and south.

Boach .. the dream of a rally starts with the 57th car