The Mexican Congress approves the reform to limit ‘outsourcing’ 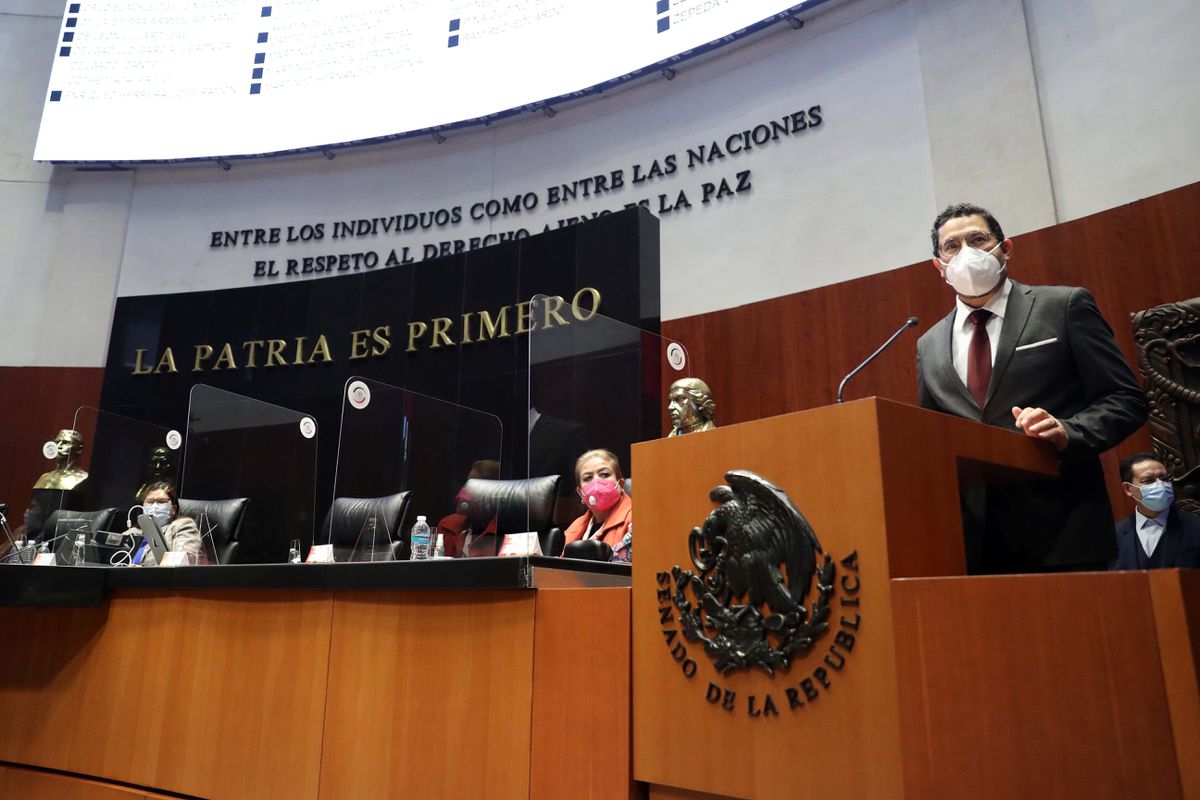 The Mexican Senate approved this Tuesday the reform to the outsourcing. By a very large majority of 118 votes in favor, 2 abstentions and none against, the upper house has generally approved the legal modifications that limit the subcontracting of personnel to services or execution of “specialized” works and prohibit it for essential activities that are part of the company’s corporate purpose or business model. The ban, hailed as an achievement for workers’ rights, applies to the public sector as well. Congress thus seals a priority of President Andrés Manuel López Obrador that had been criticized by private initiative at a time of deep economic crisis due to the pandemic.

The approved package implies the modification of six laws and the Constitution. In addition to restricting the scenarios in which subcontracting is possible, the reform obliges employment agencies to register in a public registry and companies that use their services to be “jointly and severally” liable in the event of non-compliance with labor obligations. or prosecutors. The latter will have three months to incorporate subcontracted personnel who do not fall into the exceptions provided by the new legal framework to the payroll. In the Chamber of Deputies, where the reform was approved last week, deputies added a clause to extend the limits of outsourcing to the public sector, which widely uses this practice to fill certain positions.

During the debate, the voices in favor of the initiative have dominated. The senator of Morena Napoleón Gómez Urrutia, one of the promoters of the proposal, has affirmed that it is “a very important step”. “The competitiveness of companies cannot be based on the payment of operating wages, one of the lowest in Latin America,” he pointed out. “Have your real wages recognized [de los trabajadores], their real benefits and they are registered as such before the health, housing, and pension agencies ”. Xóchitl Gálvez, from Acción Nacional, the main opposition party, has valued that outsourcing of specialized services is allowed: ”The problem is not outsourcing; the underlying problem is that these companies do not pay legal salaries, benefits, to employees ”.

Amid so much unanimity, one of the few points of friction has been the deadlines for the entry into force of the rule. Senators from the PAN and the PRI have requested that the three-month period given to companies be extended to adapt to the new framework, in line with the times that apply to the public sector, which has until January 1, 2022 to do so. These proposals have been rejected by the majority of Morena and his allies.

The speed with which the reform has navigated the legislative process contrasts with the duration of the previous negotiations between the Executive and the private sector. López Obrador presented the initiative in November as a measure to combat job insecurity and the abuses committed in subcontracting and wanted it to be voted on at the end of 2020. However, the employers reacted harshly to a change that they considered would have an impact on an already battered economy and, in turn, they claimed to the Government that they had not been consulted. The sending of the initiative to Congress was then postponed and a negotiation stage was opened that concluded at the beginning of this month, but left the central part of the proposal unchanged. However, the private sector presented as a victory the limitation of the distribution of profits among company workers to three months’ salary, which is also included in the voted package.

Mexico has more than four million subcontracted workers and they already represent around 17% of the workforce, a percentage that has doubled in a decade and a half, according to data from the National Institute of Statistics and Geography (Inegi) for 2018. Even with this growth, practices have emerged that are at the limit of legality or that directly fail to comply with it, such as the declaration by companies of a minimum part of the worker’s real salary in order to pay less in Social Security contributions .

Congress is deploying in recent weeks a sprint legislative, as evidenced by the rapid approval of the reform to the outsourcing. On April 30 the legislative sessions end and on June 6 are the elections, in which the Government of López Obrador and his party, Morena, play the majority in the Chamber of Deputies. The Senate is also expected to approve the reform of the hydrocarbons sector this week, another controversial initiative that opens the door to the expropriation of private assets if the state considers that national security or the economy are at risk.