The meatless reincarnation of a fancy restaurant revolutionizes New York 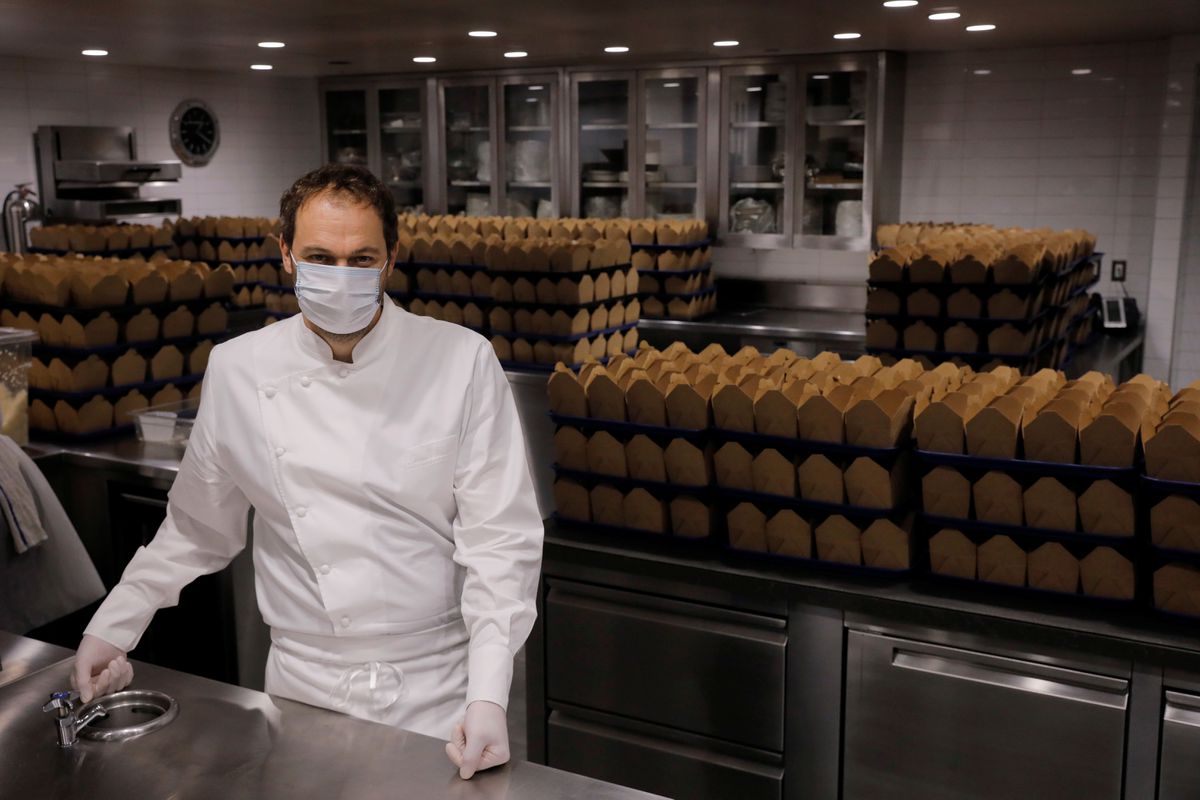 There has not been such a revolution in the posh stoves since the closure of elBulli. The conversion of the famous New York restaurant Eleven Madison Park into a vegan restaurant – it will no longer serve meat and fish when it reopens on June 10, after 16 months closed due to the pandemic – has inflamed social networks for what some consider a new capitulation in that which has come to be called, no one knows why, culture wars, that is to say, the boiling point of political ultra-correction.

Whether reincarnation -without meat- obeys an exercise in gastronomic style or the assumption of a necessary environmental awareness, whether it is a concession to the gallery -to a trend in vogue such as veganism- or simple business strategy, is independent of the fuss that the The news has caused the Internet, but its owner and chef, Daniel Humm, uses some of those reasons to explain the change of course. According to the Swiss chef, the transformation of the menu was a must. “It was obvious that, after everything we’ve been through this year, we couldn’t open the same restaurant,” the owner of the establishment, located on the ground floor of the building, announced on Monday. art deco of the Metropolitan Life in Manhattan.

In its new journey, the Eleven will only serve vegetables, fruits, grains, legumes and sprouts, “a creative challenge that responds to a clearly unsustainable food production system,” explained Humm on Monday in the newspaper. The Wall Street Journal. Its ultimate goal is “to reinvent haute cuisine and redefine luxury as an experience that serves a higher purpose and maintains a genuine connection with the community.” In open doctrinal defiance, the Eleven Madison Park will serve, on demand, a drop of milk with the coffees and teas.

“It is crucial for us that regardless of the ingredients, the dish lives up to some of our specialties of the past,” said Humm. An almost impossible challenge, given that Eleven Madison Park’s two signature dishes were Lavender Honey Glazed Duck and Poached Lobster. “I’m not going to lie, I often wake up in the middle of the night mulling over the risk we take by abandoning dishes that defined us. It is a great challenge to create recipes as satisfying as those ”, he confessed. In 2017, the aforementioned specialties earned it the title of best restaurant in the world, an award to add to its three brilliant Michelin stars, those that from time to time a chef returns unable to withstand the pressure of excellence.

The metamorphosis of the letter is supposed to have a positive impact on prices, which did not prevent a waiting list of at least a month before closing due to the pandemic. The eight-course tasting menu cost $ 335 excluding drinks (the most affordable bottle of wine, $ 190) and provided a four-hour dining experience for lucky diners with a solid checkbook. It is understood that the future offer, based “on products of the land” – as if cows grow in the air – should reduce prices considerably, but it does not seem to be the intention of Humm.

Like the rest of the city’s restaurants (54% of them were seen to be closed in December, according to an employer survey), Eleven Madison Park was hit hard by the suspension of economic activity due to the pandemic. Humm had to fire most of the team in March 2020, but the guard checkpoint has spent these months not only training in vegan gastronomy, but also producing a million meals for the emergency personnel of a hospital in the city. city ​​and, later, for needy population. Following its reopening, Humm has announced that for every dinner served on the premises, five meals will go to homeless New Yorkers, in collaboration with the organization Rethink Food. It is not known if the solidarity menu will be 100% vegan or will contain protein of animal origin.

Bomb in Italy: Mourinho will be the new coach of Roma

Wrestling | Jere Heino went on his back in the wrestling Olympic qualifiers, dreams of an Olympic place are evaporating