The mayor of Bogotá apologizes for her statements against Venezuelan migrants 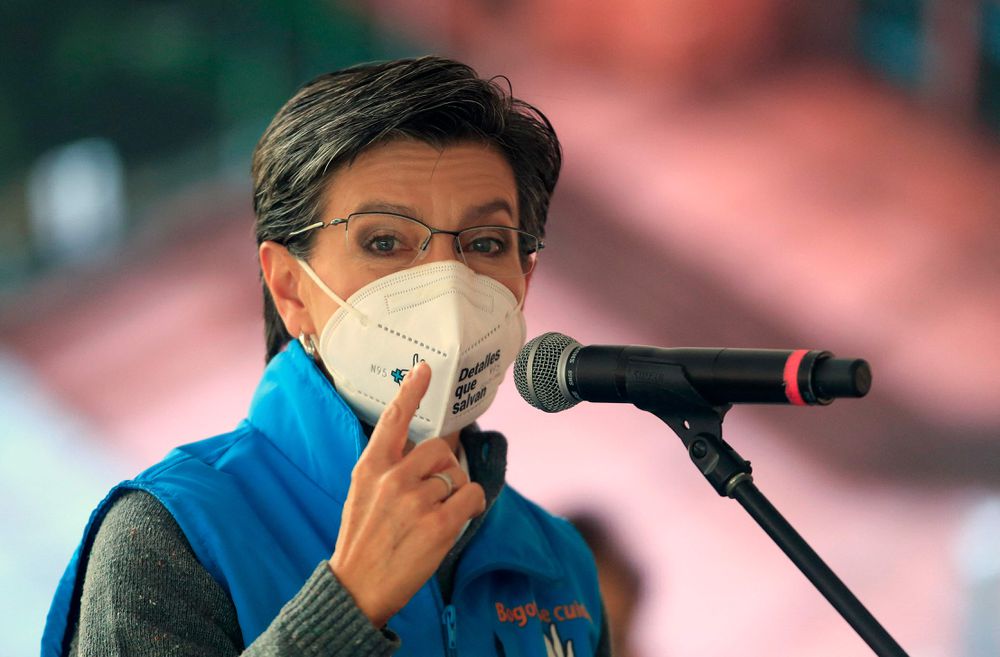 The mayor of Bogotá, Claudia López, of the progressive Alianza Verde party, has apologized for the recent statements in which she has agitated xenophobia against Venezuelan migrants in the capital of the main host country of a diaspora that already exceeds five million persons. “I take the opportunity to make excuses. Twice I have referred to the issue of the migrant population and twice I have caused a controversy that is not what we want to cause. What we want to do is explain that we are facing a challenge. Everyone, it doesn’t matter where we come from, ”López said this Thursday, a week after having linked the presence of Venezuelans with the crime that plagues the city.

In the midst of the pandemic, Bogotá faces an employment challenge, one of poverty and one of insecurity, the mayor continued. “We have to face the problem of insecurity without causing more anxiety. It is not true that a Venezuelan is given more priority than a Colombian, that is not true ”, he emphasized this Thursday morning from El Tunal Park, in the south of the capital. “Anyone who needs a medical appointment is treated equally. Unlike. The one who is a migrant, who perhaps does not have documents, who perhaps does not have a registration, has it much more difficult. Together we have to be able to get ahead, ”he argued in the rectification that various sectors were demanding of him, including his closest political allies, since his words ignited the public debate last week.

After a Venezuelan migrant murdered a police patrol car on one of the busiest streets in a wealthy area of ​​Bogotá last Wednesday, amid a series of shootings that have shaken the capital, the mayor gave several statements in those who in his speech related insecurity to migration, as he had done in the past. “First they murder and then they steal. We need guarantees for Colombians ”, he went on to affirm in one of his most criticized sentences.

The controversy occurred at a time when the government of Iván Duque intends to regularize about one million undocumented Venezuelans of the more than 1.7 million who are already in Colombia through a temporary protection statute praised by the international community. Bogotá, with almost 340,000, is the city that has welcomed the most Venezuelans fleeing food and medicine shortages, hyperinflation or insecurity in the neighboring country. Discriminatory publications in networks and the media grew 576% after his words, according to the Xenophobia Barometer, but publications on integration also boosted 1,152%. This Thursday, leaflets appeared in an area of ​​the city calling not to give Venezuelans work or food.

The daughter of a school teacher, López, who often defines herself as a “diverse woman” and self-made at the center of the political spectrum, has proposed a new social and environmental contract for the Bogotá of the 21st century. Since the coronavirus pandemic broke out, she has been a champion of an approach that privileges health and of implementing a basic income for the most vulnerable households. However, migrants have repeatedly appeared as a sticking point in his speech, a contradiction that many have pointed out even from the Green Alliance itself and its voters.

“When I point out some problems of insecurity, I do not do it to cause a controversy or to stigmatize anyone, but to acknowledge a reality. And so that we do not hide that reality, we do not deny it, ”López explained this Thursday, likening the situation to other moments in which Bogotá absorbed the massive arrival of internally displaced persons due to the Colombian armed conflict. “When we are already in poverty, and more people arrive in poverty, at the beginning we are all a little worse (…) That generates tensions and also unfortunately some problems of insecurity. What is there to do? Reactivate as much economy as we can, ”she diagnosed in an attempt to settle a controversy that threatened to isolate her politically.

"Pantsiri" and S-400 repulsed drone attack during exercises in Syria