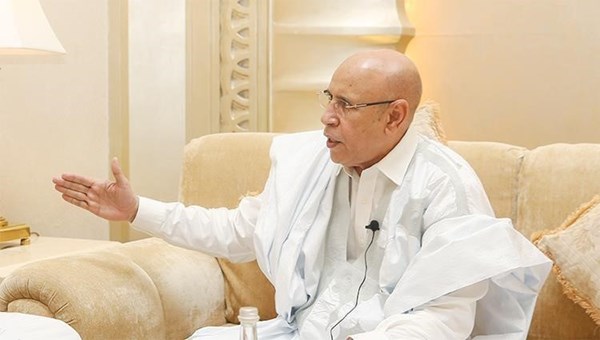 Mauritanian President Mohamed Ould Cheikh Al-Ghazwani praised the contributions made by the late Chadian President Idriss Deby
In providing stability and security in the Sahel and Africa.
A statement issued by the Mauritanian Ministry of Foreign Affairs stated, “The President of the Republic has sent my sincere condolences to the family of the deceased and to the Chadian people and the authorities of the sisterly Republic of Chad for this painful loss.”
The statement expressed Mauritania’s adherence to partnership and cooperation in “difficult circumstances” between it and the countries of the region to ensure peace and security.
Deby, who was killed in fighting with the rebels on Tuesday, was holding the rotating presidency of the Group of Five Sahel states, which include Chad, Mauritania, Mali, Niger and Burkina Faso.

Governor of Arizona announces emergency regime on border with Mexico

Maricarmen Marín praises Princess Mily from Yo soy: “I see her in the final”

Wheat: due to prices and climate, they highlight the importance of aiming for a balanced fertilization