The match between ElPozo and Costa Cálida, postponed due to a contact with a positive in coronavirus 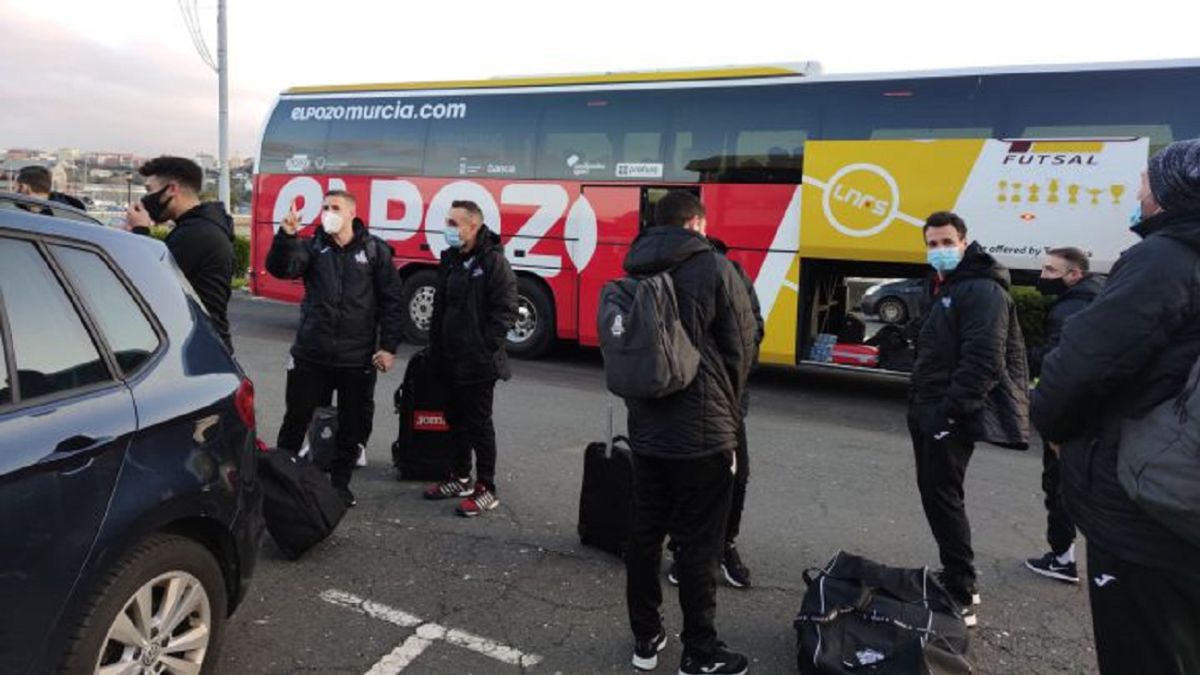 The match that ElPozo Murcia-Costa Cálida was to be played this Saturday at the Viña Albali Valdepeñas court, corresponding to the eighteenth day of the League in the First Division of futsal, but It was postponed because a close contact of a player from the Murcian team has tested positive for coronavirus.

From the Grana entity it was said that they are “professionals who are dedicated to this.” Barely half an hour before one in the afternoon, which is when the start of the clash was set, and with the players of both teams warming up in the Virgen de la Cabeza pavilion, It was known that the meeting would not be held and this was explained by the general director of ElPozo, Fran Serrejón: “The competition judge of the Royal Spanish Football Federation (RFEF) has ruled the postponement and the circumstances are what they are. On Thursday all the members of our staff gave negative in the covid tests they underwent and on Friday we undertook the trip normally “, says the note.

“This morning in the tests carried out on the subsidiary for the Second Division game that will be played on Monday in Elche, a positive of a player appeared who lives with a member of the expedition with which we have come to Valdepeñas, so it is close contact, “he adds.

“We have communicated this to the Spanish Federation and, although in principle it was said that if we were negative again in another test we could play the truth is that half an hour after starting we have been told that the minimum conditions of sanitary security to play the game do not exist, “Serrejón explained.

The general director of ElPozo, in statements collected by Gol TV, the chain that was going to broadcast the meeting live from the Virgen de la Cabeza pavilion, He added that “we have to pick up the equipment and go to Murcia without playing because the game has been postponed ‘sine die’ and the opinion of the Federation is clear and now we will see when is the date chosen to play this match. ” “We are especially sorry for the people who expected to see a good show on television and the fans they are the ones who lose the most because we are professionals and we dedicate ourselves to this “, he added.

With this postponement, there are four matches that ElPozo has pending – the other three are those that should have been played against Jaén Paraíso Interior and Córdoba Heritage of Humanity in Murcia and O Parrulo in Ferrol- and it so happens that just ten days ago, on January 13, that clash against the Galician team was left without contesting after the red squad had made the long trip to Ferrol, as has happened now in Valdepeñas.

Music In Britain, an exceptionally strict law is planned that would force Youtube to pay artists more: “It can destroy people in the creative industries,” the company replies.