The mastiff that did not bark 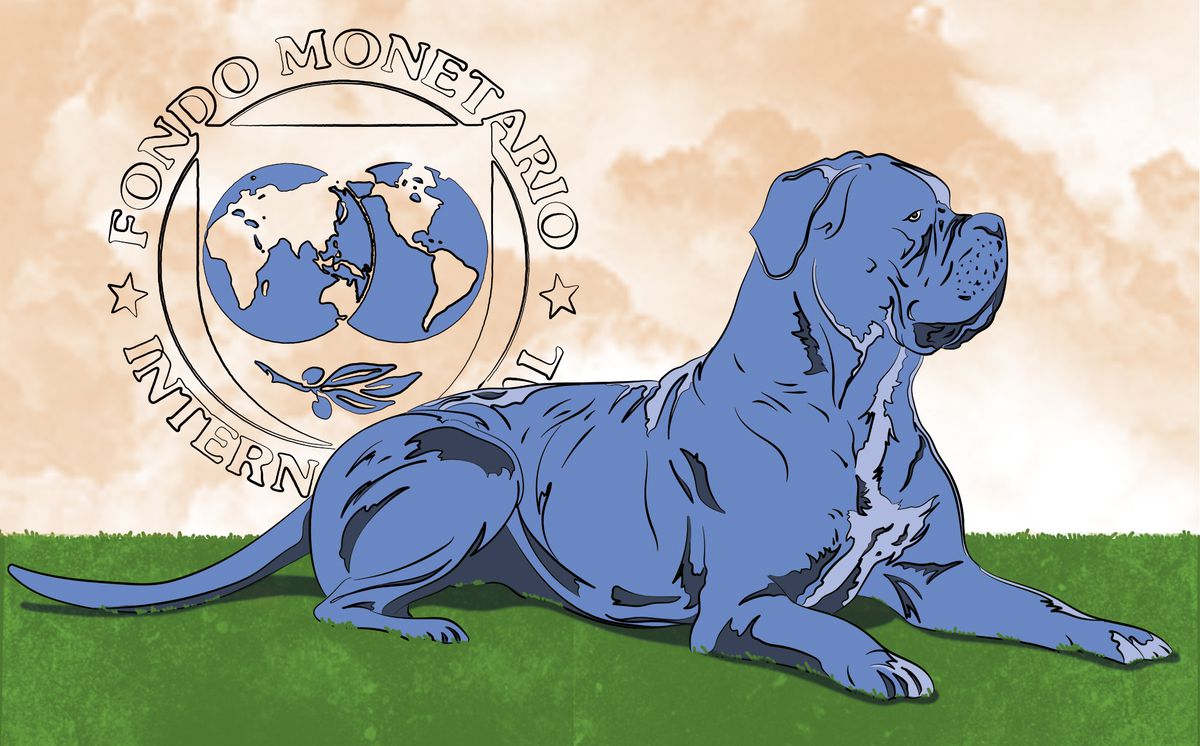 In 1944, at Bretton Woods, the new post-war global financial architecture was launched, with the International Monetary Fund (IMF) as the central institution with the fundamental mission – and the resources – of intervening to help correct temporary imbalances in the economy. balance of payments of member countries. In practice, their intervention has been asymmetric; it has never been oriented to economies with persistently surplus balances. Its focus has been on those with acute external deficits or balance of payments crisis, providing emergency funds, conditioned to apply fiscal austerity policies. The assumption behind is that the economies “healthy” with their recipes would rebound strongly in growth and productivity. Such a dynamic rebound rarely occurred. The IMF helped the economies with financing in the short term, but austerity and other conditions condemned them in the medium term to plunge further into a trap of slow growth, inequality, poverty and recurrent balance of payments crises.

In the face of the pandemic and the brutal global recession, the IMF was expected to play a leading role in coordinating the response. His gigantic fund close to a trillion dollars to face the Covid-19 crisis – described as a bazooka by its director, Kristalina Georgieva – and his renewed unmarked discourse of austerity, accepting considerable fiscal deficits, augured his leadership in financing before the pandemic. It seemed that he was taking up the vision of Keynes, who pointed out that the IMF should ensure macro policies that guarantee full employment.

Life gives you surprises! With the developing world clamoring for financing, in the 12 months that go with a declared pandemic, and although 85 countries have turned to the IMF, it has channeled less than 25% of the available fund. This insufficient amount is less than the amount granted by the IMF in the 2008-2009 crisis. In fact, in the face of the pandemic, the external debt of emerging countries has risen more than five trillion dollars. Why the weak response of the IMF both regarding its available funds and emergency financing needs? Why do many countries, while in dire need of funds, choose to turn to other sources rather than the IMF? Is it due to the conditionalities inherent in its financing or to the stigma of doing so? Or is it that the IMF does not have significant institutional capacity for rapid response?

Latin America and the Caribbean is the region where the economic and social impact of the pandemic has been most severe, with a sharp drop in gross domestic product and a dramatic cost in the number of deaths from covid-19. In this emergency, all the Central American, several Caribbean and Southern Cone countries (Bolivia, Chile, Colombia, Ecuador, Paraguay and Peru) have received support from the IMF. However, within this group, only Chile, Colombia and Peru —with Mexico— can resort to the flexible credit line; created as a result of the collapse of 2008-2009 without any conditionality. Those middle-income economies without access to such lines, if they resort to the IMF, must do so through other narrower “windows”, to some degree limited by the individual quota of each nation. As the IMF recognizes in official reports, its credit lines are far from covering its financing needs in its entirety. It should be noted that economies in traditional IMF programs are subject to conditionalities, in the usual jargon, “anticipated.” The margin of respite they receive in the macro sphere in the short term is constrained in the medium term by forcing them to prematurely register a primary fiscal surplus.

In practice, Latin American economies have three options for accessing emergency resources. An alternative is to go to the private bond market. Faced with the pandemic, several countries in the region have issued bonds in foreign currency at interest rates that, although low, exceed the historical growth rate of their exports or of their productive activity. Another option is the World Bank or the Inter-American Development Bank, which, however, do not offer concessional loans to middle-income economies. The third way is the IMF through its adjustment programs, with conditions, commissions and surcharges.

From the experience of Latin American countries, their results are elusive in terms of raising the pattern of long-term economic growth. Furthermore, social reactions to the imposed fiscal austerity can be violent, given the deep inequality, poverty and social vulnerability. It should be noted that the accelerated recovery of the United States, with the stimulus plan, may abruptly reduce the attractiveness of the financial markets of emerging economies with the consequent outflow of capital and pressure on their exchange rates and reserves. It remains to be seen whether these economies will sooner or later have to restructure their liabilities urgently.

The data show that with the pandemic, the IMF ceased to be the most attractive financing option for developing countries. The liquidity it provides in the short term is insufficient, does not translate into greater dynamism in the medium term, and tends to lead to fragility and even long-term insolvency. In fact, the IMF’s current more open discourse has barely translated into a significant flow of financial resources free of the traditional conditionalities required to face the pandemic and its repercussions. The international financial architecture induces, if not the edge, emerging economies in balance of payments problems to borrow in private capital markets, under onerous and ultimately unsustainable conditions. The IMF ends up acting as an executor for creditors or as a passive observer in a perverse system. The sustainable and sustainable evolution of the globalized economy requires that the IMF be, as Keynes had suggested, an instrument that balances in a fair and functional way between creditors and debtors the weight of the adjustment of balance of payments imbalances. Its mission must be to correct such failures in the economies by addressing their root causes and not merely their symptoms with recipes for fiscal austerity, with dire long-term consequences.

The imminent approval of a new round of granting Special Drawing Rights for an unprecedented amount of 650,000 million dollars is celebrated as a solution to the acute financing problem due to the pandemic. It is not a panacea. And less if it is not part of an agenda of productive transformation and fiscal reform within the framework of a new sustainable development agenda. It clearly does not exempt us from a deep reflection on the role, resources and responsibilities that the IMF should have. Covid-19 is the first pandemic to derail the dynamics of the world economy. Dramatically revealed the great inequalities and inadequacies of the international financial architecture. It will not be the last. When the next pandemic hits, or the next international financial crisis, what will the Fund do; the mastiff that barely barked today?