The many faces of color 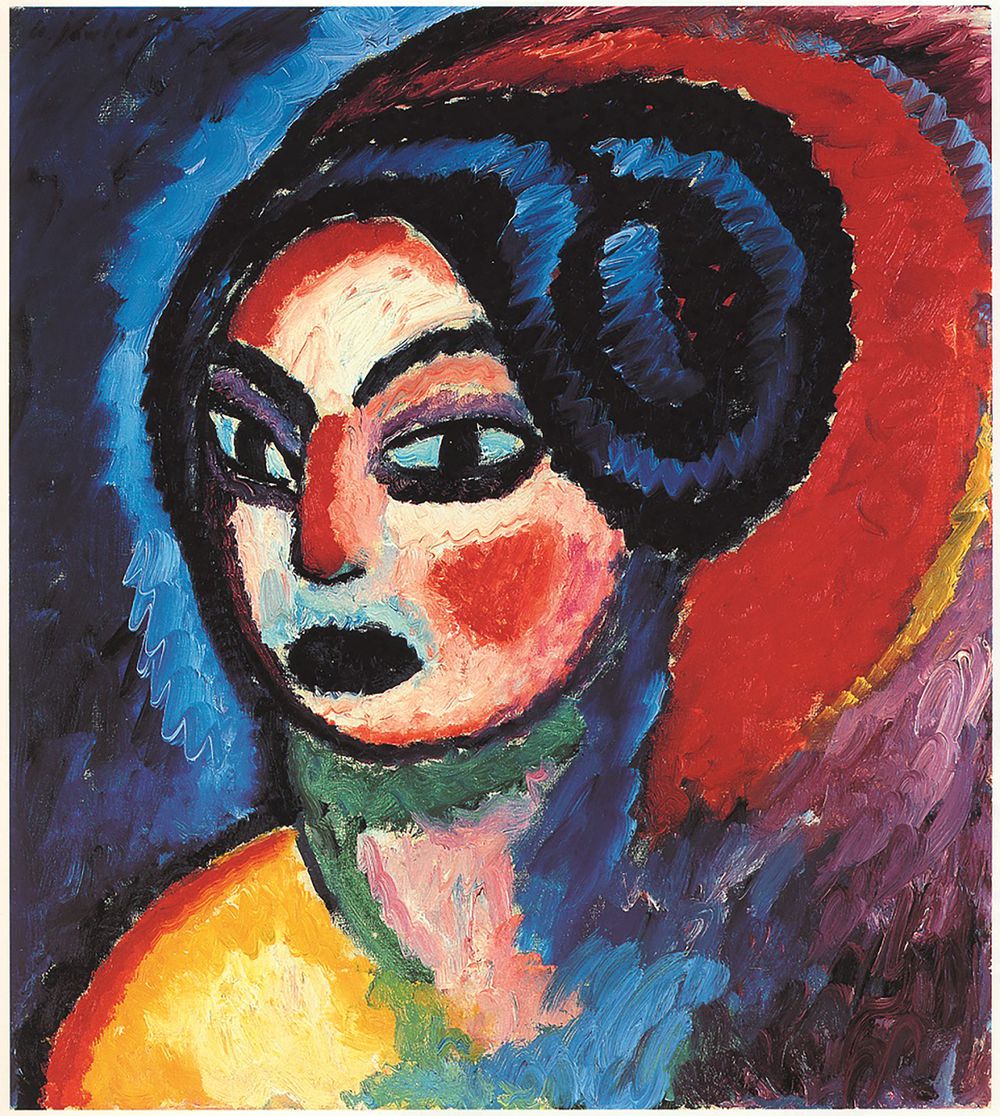 Color exceeds the hundred paintings included in the exhibition Jawlensky. The landscape of the face. One of the texts, taken from the artist’s memoirs at the beginning of the exhaustive tour of the rooms of the Mapfre Foundation in Madrid, already warns: “The apples, the trees, the human faces are for me only warnings to see something different in them : the life of color, captured by a passionate person, a lover ”. Organized chronologically, the exhibition is a detailed journey through the extensive career of the Russian painter from his origins and the beginning of his career in Munich, where he joined the avant-garde hosts of Der Blaue Reiter (The Blue Rider), the transformation he undergoes in Switzerland during the Great War, his years in the German city of Wiesbaden and the small-format portraits made when he was already suffering from arthritis that forced him to abandon his brushes.

In Madrid, the hundred works of various origins, almost a miracle in these times, can be visited until May 9. They will then travel to the headquarters of the co-producers of the project: the Cantini in Marseille and the André Diligent Museum of Art and Industry in Roubaix. The anthology dedicated to Alexei von Jawlensky (Moscow, 1864-Wiesbaden, 1941) is, due to its cost (almost a million euros) and its content (a hundred works), an exhibition like the ones before the pandemic. Or almost. Because now the loans, with the exception of two paintings, have had to travel to Spain under virtual control, instead of accompanied in their displacement by a curator in charge of the public or private collector who lends the piece. Nadia Arroyo, Mapfre’s cultural director explained yesterday to the press that since the pandemic broke out, they were afraid that the providers would change their minds, but all have kept their commitments. Arroyo recognizes that the increase in prices has been noticed more than usual in transfers (a large part comes from the United States). The insurer has this year a budget for cultural activities similar to last year: seven million euros.

Faced with the impossibility of traveling to Madrid of the curator of the exhibition, Itzhak Goldberg, it was Carlos Martín García, chief curator of Mapfre, who translated the intentions of the French historian. During the tour of the six areas in which the exhibition is divided, Martín García recalled that Jawlensky was born into an aristocratic family of imperial Russia. Following the paternal tradition, he settled first in Moscow and then in Saint Petersburg to pursue a military career. His meeting with the Russian expressionist painter Marianne von Werefkin caused him to permanently change his weapons for painting. His first works, included at the beginning of the exhibition, mix a strong influence of the traditions of icon painting and peasant landscapes with an almost savage use of color, which is gaining prominence, after coming into contact with the Fauvist ideology in Parisian salons and thanks to the influences of Cézanne and Gauguin.

The portraits full of color are experiments with a palette so dense that sometimes it shows sharp cuts with intense blue that he applied with the help of burnishers and spatulas. But in the case of Jawlensky, “the beat of color in the human face,” says Martín, “is not just experimentation.” “His work is not religious, but it is spiritual. He is interested in Christianity as well as Buddhism or yoga ”. Like Kandinsky, Jawlensky believed in a correspondence between colors and musical sounds. That can be seen in the series of the little landscapes he saw from his window in Wiesbaden which he called Songs without words. The American composer John Cage acquired one of the paintings in this series during one of the many exhibitions that were dedicated to the Russian artist in the United States, a country where he became more known and sought after than in Europe.

At the end of the tour, a new gallery of faces inspired by the people around him or who he had seen on some occasion awaits. The color is still intense, but the abstraction has won the pulse of the more or less realistic line. The artist titled Meditations that series. In it he tried to fuse two apparently exclusive concepts: the figuration inherent to the icon and the abstract formal execution.

HS analysis University students had been waiting for government interest rate information, but were disappointed – instead of cheerleaders, they want concrete action

‘The rope monster, the strange creature shaped like a branch that appeared on a beach in the United States

Citizens: “The Hope Probe” is a milestone in our history