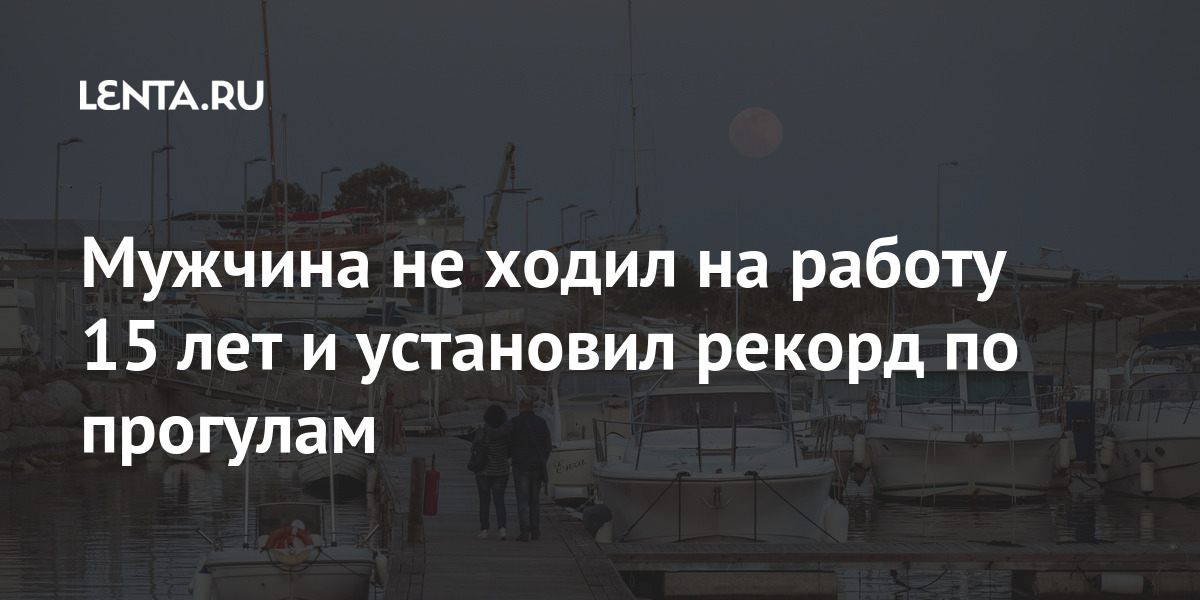 A hospital employee in Italy did not go to work for 15 years and set a truancy record. This is reported by the Corriere della Sera.

As it became known, the Italian Financial Guard revealed several cases of mass fictitious employment in a hospital in the city of Catanzaro in the Calabria region. One of these workers was listed as an employee of the fire safety department since 2005, but since that time has not spent a day at work.

The newspaper claims that a 67-year-old man who has skipped work for 15 years has set the record. In addition, during all this time he earned 500 thousand euros (about 45.7 million rubles).

During the investigation, it turned out that the heads of the department where the truant was listed were intimidated so that the man would not receive disciplinary sanctions. For example, one of the hospital employees told investigators that in 2005 a “very outstanding person” came to the office and threatened the head of the department of problems for him and his family if he would go ahead with the case of a fictitious employee.

Last December, an employee of a car assembly plant in the English village of Castle Bromwich, West Midlands, who lost his job for skipping 808 shifts, won a lawsuit against the employer. The man appealed the decision in the labor court. It ruled that the company did not follow the attendance management procedures and did not reach the stage under these procedures at which a dismissal could be considered.