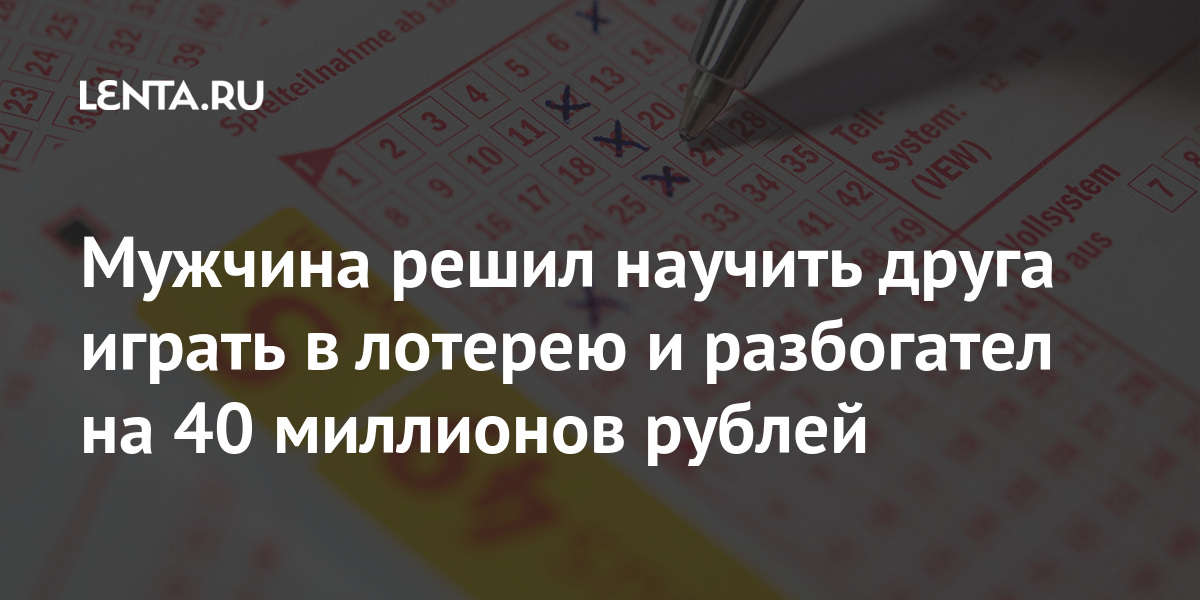 A resident of the American County of Oakland, Michigan, decided to teach a friend to play the lottery and won 550.7 thousand dollars (40.2 million rubles). Reported by the edition M Live.

The 58-year-old man, who chose to remain anonymous, said he logged into his account on the lottery site to show a friend how to play online. He didn’t understand what was happening when he saw his balance.

“When I realized that I had hit the jackpot, I was shocked. I couldn’t believe it! ” – he stressed.

The American bought a ticket online for the draw on January 9th. All numbers indicated on his ticket coincided with the results of the drawing. He recently came to the lottery headquarters to collect his prize.

The winner said that he plans to invest the money received. “To win such a prize is fantastic! It will be a good financial cushion for retirement, ”he said.

Earlier it was reported that a resident of the American city of Hendersonville, North Carolina, became rich after 15 years of playing the lottery with the same combination of numbers. The winner and his wife plan to spend the winnings on home renovations and travel.

The trial for the death of George Floyd begins: the keys to the process