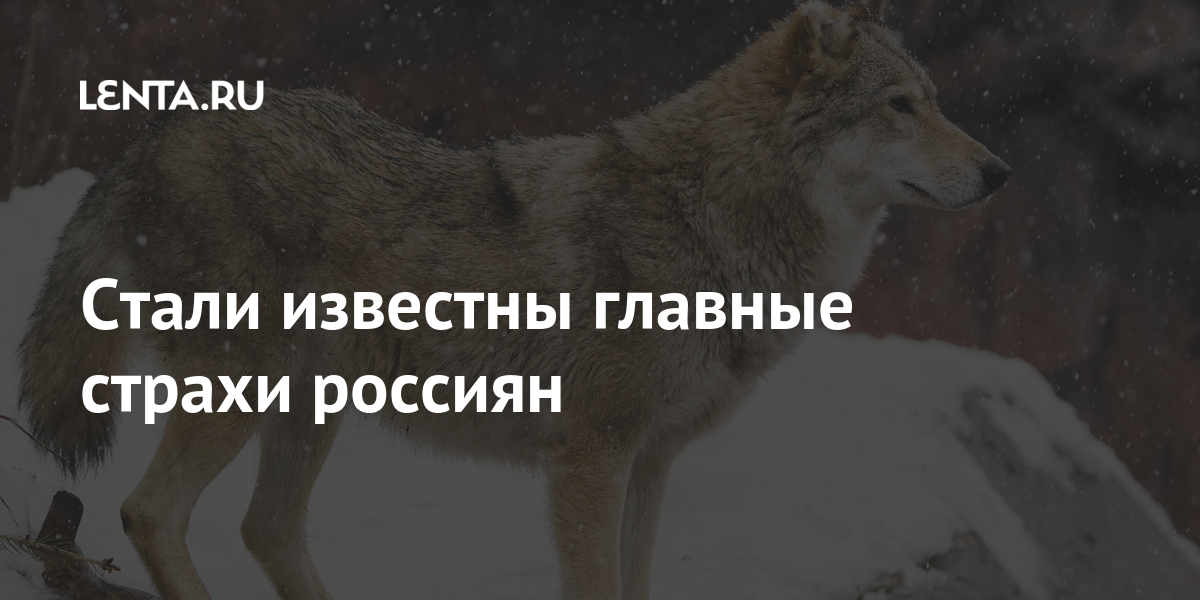 In the first quarter of 2021, the most important thing for Russians was the fear of the actions of the police and the courts. This became known from the data of the National Anxiety Index, which was prepared by the Public Relations Development Company (KROS), writes Kommersant.

In second place is the fear of an invasion of wolves and floods, which is relevant for residents of some regions of Russia – Arkhangelsk, Omsk, Nizhny Novgorod, Smolensk, Pskov, Moscow, Kirov regions, Komi, Karelia and Buryatia.

The third most important was the fear of “revolution and upheaval” due to the situation around the founder of the Anti-Corruption Fund (FBK, included by the Ministry of Justice in the register of organizations performing the functions of a foreign agent) Alexei Navalny. CROS believes that Russians are concerned about security, even disagreeing with the protesters.

Among other fears, the Russians listed the deterioration of the epidemiological situation due to the spread of the coronavirus, the aggravation of relations with the United States and the armed conflict in the Donbass, as well as the rise in food prices.

Don’t know where to go out this weekend to eat? Take a look at our restaurant tips!