The Maia case: ‘Let the kidnappers and rapists act’ 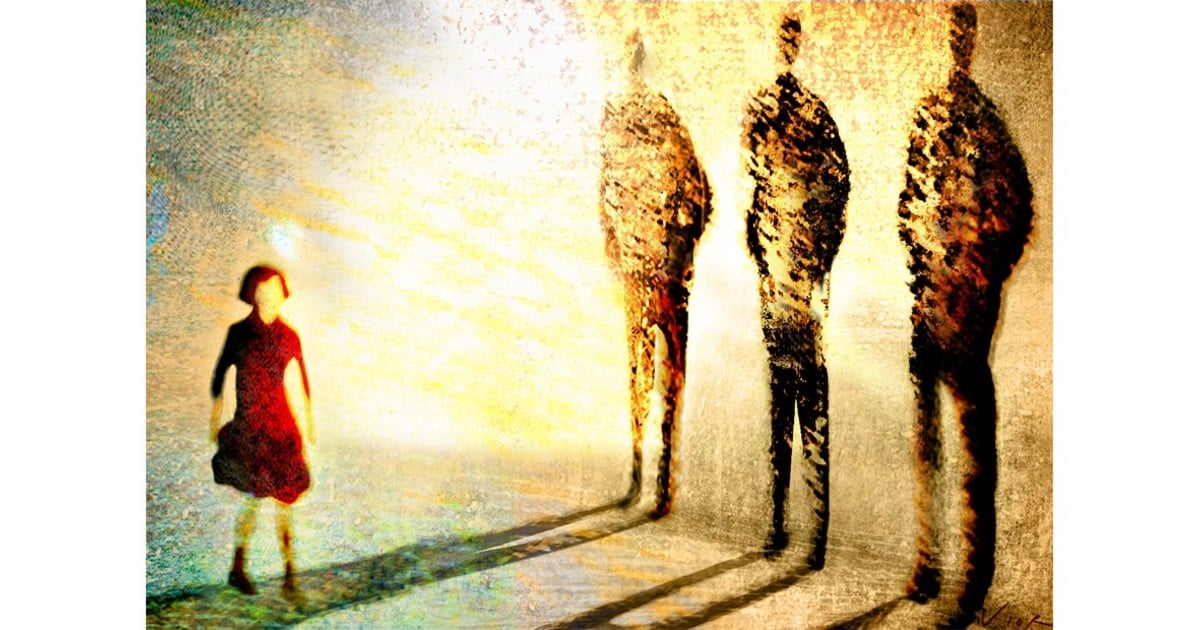 It is assumed that minors cannot be exploited by sending them to work or to beg at the table in bars or to sell handkerchiefs, pendants or stamps. However, they are seen doing it and, to top it all, alone on many occasions, at any time of the day.

One night, at one thirty in the morning, I was leaving a cinema in the downtown area of ​​Rosario and, in the middle of the pedestrianized area, I saw a group of five or six minors no more than six years old! walking alone, without any elder or family member or parent in charge, in absolute moral and physical danger, where no soul was seen except them in the street. I wasted no time calling 911 since, for sure, they were going to tell me that they are not authorized to take them to the nearest police station, just as it would have been if it was a drunk or a suspect.

It is that surely the “defenders” of “human rights”, surely remembering the times when the Police, and with good reason, detained them, even minimally to ask for the documents, since they were terrorists, will not want to return to it ” experience”.

I attest that in the past, if the Police observed one, two or five or six minors alone in the middle of the morning walking aimlessly through a pedestrian, they would surely take them to the police station and locate the parents.

I blame what happened with Maia, whatever the outcome of this painful event, first of all the legislators and judges who fill their mouths talking about morality and the protection of the minor, but when there is one of them absolutely helplessness and moral danger, instead of taking measures to protect them, imposing penalties on the parents who send them to the street to “work”, in the interests of the ideological mania of the aforementioned “human rights”, they let everything run its course, avoiding that the Police intervene in these cases, but kidnappers, degenerates, pedophiles or rapists do.

“Vaccines in slow motion” of this administration

The important businessman Eduardo Eurnekian, being a friend of the owner of the laboratory that produces the coronavirus vaccine, Moderna, made direct contact with him for the Argentine government. It was just talking to that businessman and closing the deal for a large number of doses, in the order of more than a million. Incredibly, the Argentine health authorities delayed the agreed call for 40 days. By doing it so late, the answer was obvious: “The demand is so great that we sold them to another country. Can’t wait that long.

This outrageous story infuriates us even more because of the lack of management of our government because, it is not only the lack of speed in the purchase of vaccines, also the vaccination in slow motion and, at the same time, an inoperative action in the economy that leads us to a collapse as a country. What can we do to change this dire management?

“The new failure of supply control”

The Information System for the Implementation of Economic Reactivation Policies (SIPRE) has just been created.

Under this pompous title, the Ministry of Productive Development in charge of the economist Matías Kulfas, and through the Secretariat of Internal Trade in charge of the also economist Paula Irene Español, have set the objective of controlling in a systematic, digitized and monthly way the prices, production levels, sales and supplies of various products, manufactured or marketed by almost 1,000 companies.

It is obvious that we are facing a new failure to stop the inflationary process, which, as we know, is always generated by the State. Minister Matías Kulfas and secretary Paula Español should know that what they want to control changes every day. For this simple reason they will always be late. Gunpowder is already invented and the squaring of the circle does not exist (despite some opinions to the contrary). I take the opportunity to ask, how is price control still in the hands of “social organizations”?

He wonders why the Pope did not visit

The Supreme Pontiff must be the guarantor and mediator of a “Table of Confrontation” where the past, present and future of Argentina are settled, a logically necessary previous step to any possibility of political consensus and consensus. If the conditions to carry out this “operation” are not given, it will not come because it will not be useful for a goal that he has been pursuing for a long time.

Proof of this is the event that occurred with Francisco’s trip to Chile, when he was flying over Argentine territory; on notice that he would send an “interesting message,” he telegrammed us in English and this seemed to be the key to “the interesting.” The question of why the Argentine pope emits a message in English that he previously calls “interesting” is something that should produce a cataract of interpretations, however, none of that happened.

No one tried to decipher His Holiness’s “interesting” message. One possible interpretation is that this message answers the question, why don’t you come to Argentina?

As a first analysis, we can say that another parable that is not linked to the Holy Scriptures is not expected from a Pope. This time it would be those that refer to the Tower of Babel. The originality of the message of speaking to your people of origin in a foreign language and which at the same time is a universal language, means telling them in a paradoxical way: the pride that runs through you condemns you to speak among yourselves in “different languages”.

The comptroller at Enargas, Federico Bernal, defending the subsidies to the gas tariff, asks: “Why is it not proposed to eliminate or reduce the subsidies to public health or public education?” Plagiarizing the professor colleague and friend Juan Carlos de Pablo, I will make him respond to Don Juan Brunetta (1903 –1952) who worked as a shoemaker in 2500 Tagle Street from 1925 until his death. Tell me, Don Juan Brunetta, what would you answer to Mr. Federico Bernal?

JB: “That public health subsidies do not lead to greater consumption of health care needs, and if education subsidies, because they are more accessible, lead to greater demand for education, they will be welcome. Regarding gas consumption subsidies, if the price of the rates is low, it means that consumers do not take care of their use or increase it. For example, a friend of my son heated the swimming pool and that, in one way or another, is paid for by the rest of the population.

In addition, it tends to pay less to gas extractors that reduce their production and end up being imported at international prices, plus the cost of gasifying the gas that arrives liquefied. Thank you, Don Juan.

They are looking for Maia with more than 1,000 troops, trained dogs and helicopters

Borràs announces that on Friday there will be a full investiture

60 years old | Pauline von Bonsdorff, a professor of art education, became interested in children’s artistry after she became a mother, and at the same time there was concern about suppressing creativity.