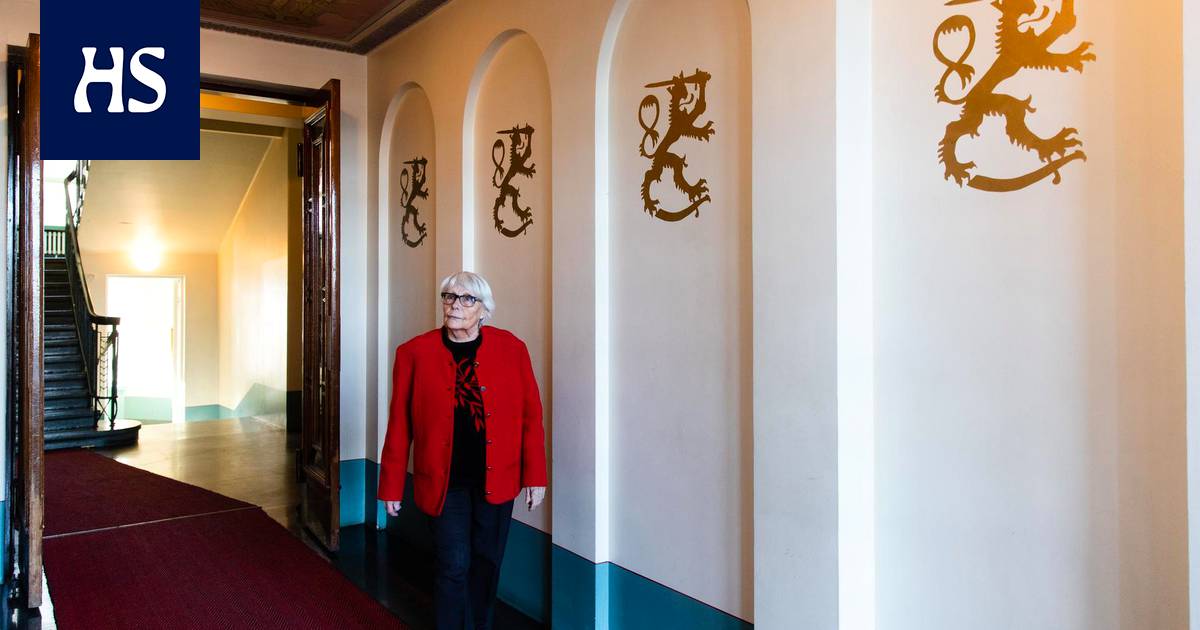 140 years ago, a landslide began in the courtyards of the barracks built by the Grand Duchy of Finland. Now the barracks have been emptied and the residents of Kruununha are afraid that the block will change irreversibly.

Children in the afternoon on the former parade square of the historic barracks quarter of Kruununhaa.

At the same place, soldiers began to harass, i.e., practice closed-mindedness, nearly 140 years ago. The Grand Duchy of Finland had built red-brick buildings for the Uusimaa sniper battalion.

During independence, the War Academy, the Library of the National Defense College, the Department of Strategy and the War Museum operated in the rugged barracks. However, when the museum moved to Suomenlinna, the buildings were left without a user.

The barracks, now located in one of Helsinki’s most expensive residential areas, have been empty for five years. State Senate properties are trying to sell them as offices and retail space.

Instead, there is enough life in the blocks of flats. At the moment, however, residents are worried about a major change planned for the block.

They also gather at the Kiholinna playground Marja Nurmi-Köngäs and Ruth Rosenlöf to talk to residents about the turbulent completion of the block that had been stirring up for a couple of years.

Senate Properties is looking for a lot more building rights for the area. In total, the plan made for the Senate’s own plot and the plot of the state-owned Kruunuasunnot Oy covers 7,000 square meters.

An additional building right would be an attractive addition to the difficult real estate transaction for protected buildings.

The new house barked an estimated nearly half of Parade Square. Its end would extend to the middle of the old buildings.

Residents remind that more and more families whose children need space for their games are constantly moving to Kiholinna.

“If a high residential building were to rise on the former parade square, a large part of the views of the apartments in Kiholinna and the neighboring building would be obscured. In addition, the house would also badly shade the yards of the neighboring house, ”says Nurmi-Köngäs, who lives on the third floor.

“The windows of the new homes would also mostly show opposite walls,” Rosenlöf says.

Senate Real Estate sales manager Leena Palokangas says the company is currently negotiating the bids it has received. The timing of the project and possible zoning is therefore still difficult to assess.

“It also depends on the future buyer’s plans. The primary goal is to sell the properties as a whole, but selling as parts could also be considered if necessary. ”

Whether the formula permitting additional construction will be approved will be finally decided by the Helsinki City Council.

Also residents in the immediate area admit that something needs to be done for dilapidated barracks, and car parking spaces should be replaced by a comfortable living yard.

“The block is the common property of all Crown Applicants, and it must be developed for common use, but with respect for cultural values,” Kirsi Pere emphasizes.

Kiholinna exudes history. Built in 1929 for the families of officers, the military building has 72 apartments and was once Helsinki’s second largest apartment building. In the era resemble the North shore side of the main entrance lands. When you look closely, notice the swastikas made of granite stones.

The pattern was once the emblem of the Finnish Air Force.

On the platform level of the main entrance, history is reminiscent of the emblem of the Finnish Air Force, the swastika.­Picture: Juhani Niiranen / HS

His name the house was given in 1946. At that time a housing corporation was formed in the house, and many of the officers redeemed the official residence of the army as their own. The walls of the lower lobby of the middle staircase are decorated with Finnish lions, five generals still lived in the house in the 1960s.

Senate Properties convened the block a few years ago to discuss a change in layout. After that, the Kiholinna housing company sent its own view to the City of Helsinki, although the city has not organized any events about the plans.

“The housing association wants to ensure the renovation of the buildings and the yard in accordance with the cultural-historical and cityscape value of the environment. Under no circumstances should supplementary construction be permitted as presented, ”Kirsi Pere says of the housing company’s position.

Strict there are also views for dog walking Ulla Weissenberg. Maurin side of the street as an extension of the barracks have been drafted her a seven residential houses on the little courtyard of his home. The yard has been awarded the best in Kruununha a couple of times.

“On a colossal scale, construction seems to be done on monetary terms and is short-sighted for the residents of Kruununhaka as a whole,” he speculates.

“Why is there no stylish and resident planning in Helsinki like in Denmark? There, only a small kindergarten would be placed on the parade ground, and residents could come up with different activities themselves, such as concerts. ”

Nurmi-Köngäs hopes that the city will organize events for residents to present ideas and develop them for changes in the town plan. He himself has wondered whether it could be Maurin side of the street, say, renovate the barracks services for the elderly living memory unit of the sick.

“Inside, there are long corridors that seniors can walk along. There is a shortage of childcare places in Kruununhaka, and the building could possibly accommodate a kindergarten with its yards. ”

Many residents of the neighborhood are worried about the fate of the historic quarter. Kruununhaa Residents’ Association activist Jussi Heinämies is a third-generation chronicler. He pulls from his pocket an old photograph of his grandfather wearing a sniper battalion military uniform. Grandfather bought an apartment on Oikokatu, where relatives still live.

Already a couple of years ago, the residents’ association presented temporary cultural activities in the lobby of the well-preserved barracks.

“Senate Properties rejected the proposal. So even temporary use is not possible, ”Heinämies complains.

He is embarrassed by the fact that the exhibitions of the War Museum were moved from Liisankatu to Suomenlinna five years ago.

“The state would make a wise decision if the cultural-historical barracks were repaired and the museum moved back here. The exhibitions would certainly attract as many tourists as before. “

Crown hook zoning expert, architect Elli Maalismaa can imagine what a trail a sketched parking garage and concrete decks would create for a courtyard. Driving strips would mean that it would be difficult for residents to reach the plots. In addition, wind tunnels would form on site.

“In the open part of the parade square, the concrete deck of the parking garage would have to be adapted into step-level courtyard levels, on which the kindergarten yard, resident yard, greenery and terraces have been composed. “

According to Maalismaa, converting a naturally sloping courtyard into horizontal concrete levels would destroy the memory of the original parade square. That would be a big loss for the historic atmosphere of the entire block.

According to Maalismaa, to whom the Senate sells barracks is a big deal.

“This cannot be just about the real estate business, but also about nurturing the whole and reviving the parade ground.”

Senate Properties has suggested to the city that the sale of real estate and land or the terms of the sale could involve competition for the architecture of courtyard buildings. The purpose of the architectural competition would be to find a suitable building for the place. Whether new construction is suitable for the site is to be decided when considering a change in the town plan.

Maalismaa reminds that during the War Museum, the parade square was an outdoor exhibition space. The square could therefore host a wide range of events. For example, open-air theater, concerts, flea markets, street kitchens and so on. It would also open up the possibility of playing different games.

“This is all about community. Grandma and even the bellies with their rollators would fit in the place. The taste of life, please! ”, Maalismaa appeals.

Senate Properties has suggested to the city that the sale or terms of sale of the properties and land could involve competition for the architecture of the courtyard buildings.­Picture: Juhani Niiranen / HS

Oscar 2021: The Best Films of Anthony Hopkins the nominee for Best Actor with The Father