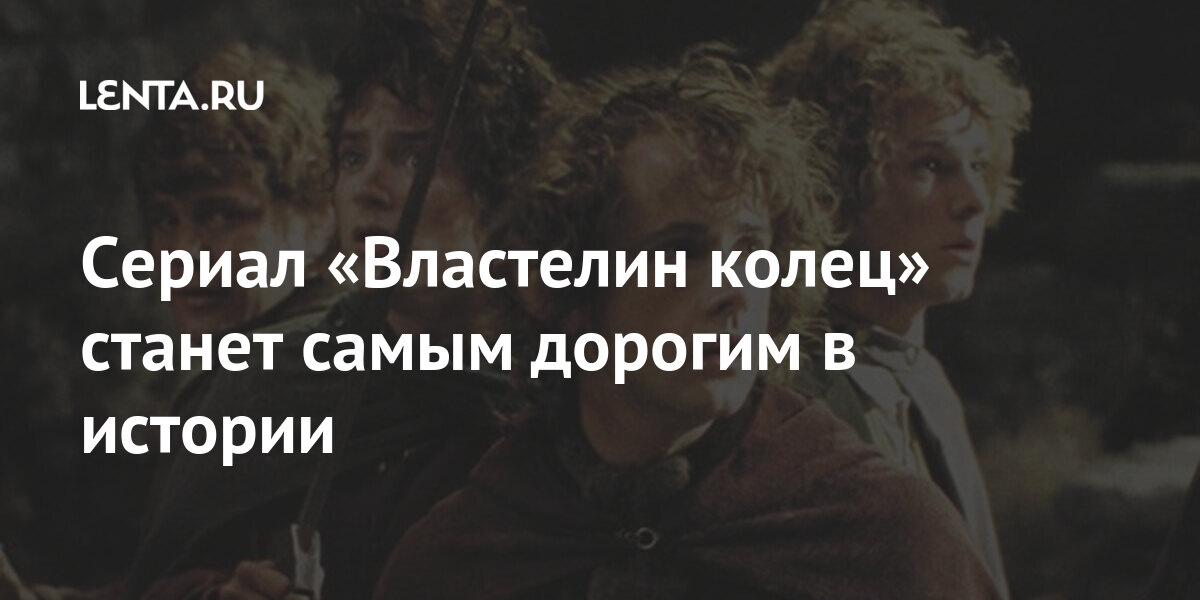 The series “The Lord of the Rings” based on the novel series of the same name by John Ronald Ruel Tolkien will become the most expensive in history. Production for the first season will cost Amazon Studios $ 465 million. Reported by The Hollywood Reporter.

It is noted that the budget for one season of “Game of Thrones” cost HBO about $ 100 million. “This is fantastic, it really is. It will be the most expensive television series ever made, ”said New Zealand Minister of Economic Development and Tourism Stuart Nash.

The filming of the series began in early 2020, but due to the coronavirus pandemic, the organizers were forced to suspend them until September. In December 2020, filming ended in New Zealand.