The list of presidents confirmed to the possession of Gustavo Petro 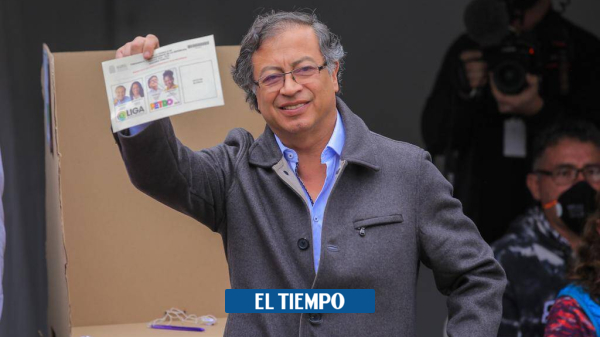 Less than two weeks remain for the inauguration of the elected president, Gustavo Petro, which will take place on August 7.

For this ceremony, traditionally, The presidents and leaders of allied countries meet to witness the swearing-in ceremony of the new president of Colombia.

As confirmed by the organizing committee of the possession, there are already several confirmed names that will visit the country.

Among them are different presidents of South America, among them is that of Chile, Gabriel Boric; the one from Peru, Pedro Castillo; the one from Ecuador, Guillermo Lasso; that of Paraguay, Mario Abdo Benítez; the one from Bolivia, Luis Arce; and that of Argentina, Alberto Fernández.

The president of Chile, Gabriel Boric.

See also  China, former president dragged away by force: embarrassment at the congress with Xi

Likewise, it was confirmed that the possession will have the presence of King Felipe VI of Spain. It is still unknown if he will be accompanied by the president of that country, Pedro Sánchez.

For cases like El Salvador, it was known that Vice President Félix Ulloa Jr. will attend and not President Nayib Bukele. Similarly, it is expected that Mexico will send the first lady, Beatriz Gutiérrez.

On the US side, revealed EL TIEMPO last week, there will be Samantha Power, director of the International Agency for Development (Usaid)who will lead the delegation sent by Joe Biden for the presidential inauguration.

President Iván Duque had already announced that, as he was the organizer of the event, he would not invite Nicolás Maduro, which is added to some absences such as that of the president of Nicaragua, Daniel Ortega; and that of the Cuban president, Miguel Díaz-Canel. The latter, however, will send his chancellor, along the lines of other countries such as Portugal and Serbia.

The elected president, Gustavo Petro, and Nicolás Maduro, head of state of Venezuela.

One of the great absentees would be Brazil, with Jair Bolsonaro as president, who has not yet confirmed if he will attend or if he will at least send a delegation on his behalf. This after criticizing Petro on several occasions. After his victory in June, in fact, he maintained that thousands of Colombians would leave the country because of him.

Of the regional organizations, the committee assured that CAF, the Andean Community, ECLAC and the Ibero-American General Secretariat will be present.

It is expected that new attendance at the presidential inauguration will be confirmed in the coming days.

– What will Putin talk about with his Turkish and Iranian counterparts in Tehran?

– Chile: they accuse the Boric government of campaigning for a new Constitution

See also  Press review - "We cannot fail": the possession of Petro and Márquez in the international press