The limits to state aid will condition European funds 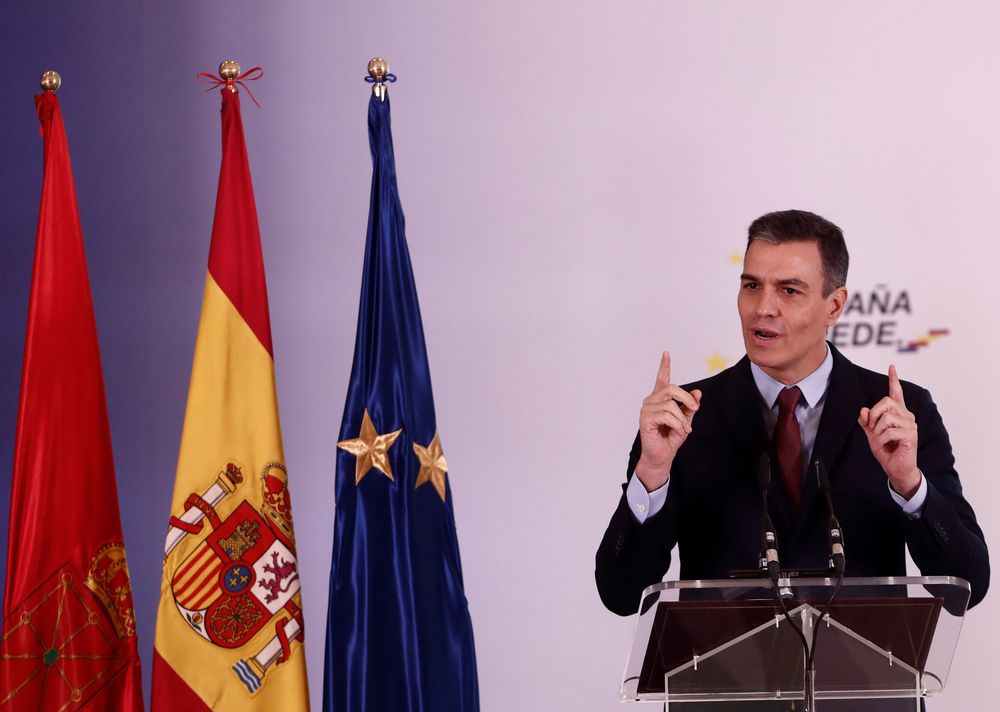 One more difficulty to spend the 70,000 million in European funds that touch Spain. As stated in the regulation of the recovery mechanism, the disbursement of these resources will be limited by the narrow framework of the State aid rules. These community regulations greatly restrict the amounts that a government can deliver to a company and, according to government sources, they will pose a huge challenge to deploy large technology and green projects that need the promotion of the private sector. The figures that the Executive wants to inject directly into companies for these strategic initiatives are higher than the minimums now set by the regulations. Hence I am looking in Brussels for some changes.

The single European market is a great asset. But for this to work, there must be equal opportunities with similar conditions to compete, the so-called level playing field, and strict regulations on how much governments can help businesses. Otherwise, a country with large fiscal resources like Germany could dope its national companies so that they could take over the entire market. Indeed, German companies are struggling to cope with the new green and technological revolutions. So Berlin has long tried to substantially relax European rules in order to be able to inject more resources into its companies, still anchored in the heavier industry model.

Ultimately, this single market legislation provides protection for Spanish companies. But now, with the arrival of the European manna, it also represents a challenge of the first order for the Government of Sánchez and the autonomous communities. These will have to execute many funds in a very short time taking into account these rigid regulations.

From the outset, it might seem that as they are Community aid, they should not be affected by the State aid regulation. But the opposite happens. The framework is still in effect. Although it was relaxed by the pandemic, this will apply to the use of European funds as it was done for structural funds.

A country like Poland, which will receive huge European aid, will be able to spend it without problems on the infrastructure that it does not have. However, except for some large projects such as the Mediterranean corridor or the Atlantic, Spain has other types of investments to make, more based on innovation and the green and digital revolution. The development of hydrogen, 5G, microchips or the electric car needs to be supported by large business projects that articulate complex technical solutions. In general, the idea of ​​the Government is that with these funds new industrial capacities can be obtained. And that’s where the problem arises with the state aid framework.

This frame has basically three legs. The first allows the Government to give direct aid in very small amounts that do not alter the competition in the single market. Up to 800,000 euros in three years with a very quick approval from Brussels thanks to the temporary relaxation set in motion by the pandemic – before the covid, only up to 200,000 were possible without having to notify them, the so-called aid of minimis-.

A second leg is the sectoral exemptions in regulations and guidelines, which if well justified and properly combined could increase the amount allocated. The main ones are for environment and energy, R&D and regional development, among others.

The third way to give State aid is by communicating it to Brussels in a well-argued manner. And that the Competition department approves it. The disadvantage of this format is that the Commission usually takes time to reply. However, Commissioner Margrethe Vestager has agreed to respond to any notification within six weeks for projects under the recovery plan.

On the other hand, the aids have their own regulation when they are loans. And the time frame of the covid also facilitates the entry of the public sector into the capital of companies.

The Spanish Government wants to bet on large strategic projects whose development may be conditioned by this aid framework, government sources admit. These recognize that it will be necessary to train and educate officials, regional governments, consulting firms and companies so that they know well what are the exceptions provided by the rule. And write all the bids, calls and consortia in such a way that they take advantage of them. Spain cannot afford to do it wrong because it would have to return the funds, these sources point out.

The Executive is well aware of this problem and is negotiating with Brussels to achieve some concessions. Especially for 5G. Although it does not intend that it be modified to a large extent, since then Germany and France could take advantage. In the new time frame of aid established by the pandemic, Spain has approved injections worth 5% of its GDP until October. In Germany they reach 16% of GDP. In France and Italy they exceed 14%. Such a gap could be widened even more if you spread your hand wide with these rules.

The Commission prepares some guides

Each call launched by the Government or any Administration will therefore have to find how to comply with the aid framework. Several consulted state attorneys point out that it is possible to comply with this legislation, but that it may end up causing numerous headaches.

In any case, given the new scenario that opens with European funds, the Commission is drawing up some models or guidelines to facilitate the preparation of projects. There are guidelines for most of the flagship initiatives identified by the Commission, such as building renovation, connectivity or renewable energy.

The Commission has already enabled special exemptions so that ICO and ERTE guarantees could be approved. In addition, the community executive announced on Tuesday that it was extending the time frame approved by the pandemic until December 31. And that it is analyzing increasing the amounts of subsidies that are granted by fast track. He has also proposed that reimbursable aid granted up to 800,000 euros, including credits, can be converted into direct aid.

What cyber attack is there going to be today? This is how spoofing is detected before it occurs