The light is not enough 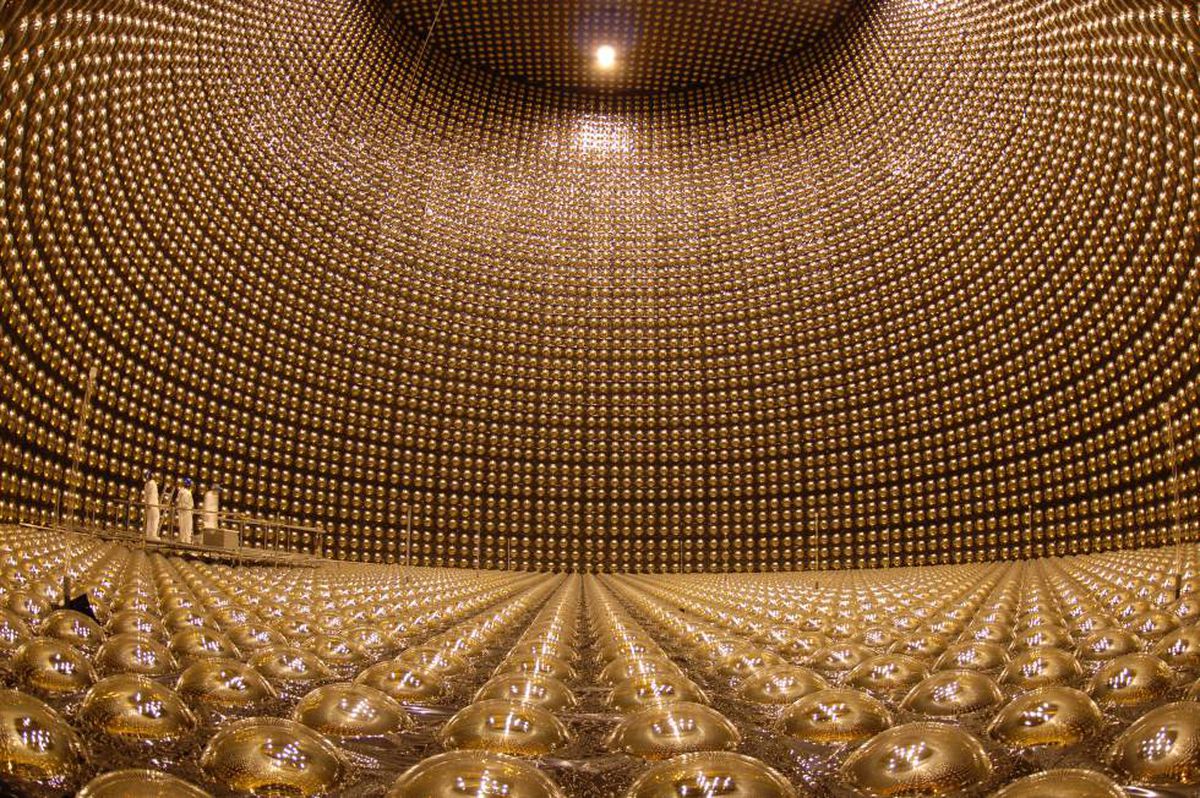 It is almost incredible that today we know with great precision what the universe was like 370,000 years after the Big Bang. It is fascinating to know the secrets of black holes or planets roaming the Milky Way. We all contemplate the wonders of the universe with hope and amazement, like someone used to living inland who sees the sea for the first time. But we must recognize that we have a tremendously simple and innocent vision of the cosmos, the result, among other things, of great observational biases and technological limitations. There is a sea of ​​things out there that we have never seen or literally will be able to see, and that do not even resemble what surrounds us!

For millennia humanity has observed and studied the cosmos through light: with our eyes at the beginning, with telescopes from the seventeenth century, with photographic plates attached to telescopes from the 19th century on, and with ultrasensitive light detectors such as the CCDs for 50 years. Although we have advanced a lot and today we can detect with different technologies and increasingly larger terrestrial or space telescopes not only light such as that seen by our eyes, but also X-rays, infrared light or radio waves, we still need photons to know the secrets of the universe. And that hampers our progress. We will give some examples of these limitations.

Before 370,000 years of age, the universe was opaque. Light could not travel great distances, because it immediately encountered an electron or a proton, which lived separately because the universe was very hot, being very effective in capturing photons.

Before the 370,000 years of age that we mentioned at the beginning, the universe was opaque. Light could not travel great distances, because it immediately encountered an electron or a proton, which lived separately because the universe was very hot, and were very effective in capturing photons. It is not that the universe was very dense at that time, although much more so, about a billion, than the less than one hydrogen atom per cubic meter that there is today on average. Even so, that average density of the young universe is hundreds of trillions of times below the typical density we have on Earth. Under those conditions, photons could only travel a few light years before being absorbed, and the universe was millions of times bigger than that – that’s the meaning of opaque. After 370,000 years, the universe, after undergoing a process called recombination in which protons captured electrons to become neutral hydrogen, became transparent. The event makes us astrophysicists of today happy because it allows photons from stars or galaxies to reach us and also with information from that very early time of the “History of Everything”, photons that are part of what is known as cosmic background radiation, whose existence was predicted more than 70 years ago and found in 1964, which constitutes one of the great successes of the Big Bang Theory. But we cannot get photons that allow us to study what happened before recombination, everything was opaque. It is possible to learn about the origins of the universe by seeing the subsequent consequences of what must have happened before recombination, but we will never be able to “see” it directly.

One more example. Nor can we directly “see” how nuclear fusion reactions occur in the Sun, which is what explains its brightness. Most of the energy created in hydrogen fusion reactions emanates from the Sun’s core, from a region that occupies less than 2% of the volume of our star. Fusion releases energy in the form of photons that, similar to what was described in the previous paragraph, encounter a very hot and tremendously ionized medium, with free electrons and protons everywhere. The density in the core of the Sun is also quite high, almost seven times higher than the densest that we know on the earth’s surface, osmium or iridium. As a result, photons do not survive trips longer than about a centimeter, and energy in the form of radiation flows very slowly outward, taking thousands of years to reach the surface. In short, the photons that come to us from the Sun have nothing to do with those created by hydrogen fusion, we cannot capture them directly.

If we had neutrino telescopes, our knowledge of the universe would be much deeper

These are just two examples that show us the limitations of studying the universe with photons. If we had neutrino telescopes, our knowledge of the universe would be much deeper. Indeed, neutrinos began to travel freely through the universe approximately 1 second after the Big Bang, when everything was no longer opaque for them, just as it was hundreds of thousands of years later for photons after recombination. The information about the earliest universe that we could obtain with a neutrino telescope would be spectacular. In the second example, the nuclear reactions of the Sun also create neutrinos, which leave the Sun behind in just about 3 seconds traveling at almost the speed of light. These neutrinos we have already managed to detect them with very instruments advanced technologically but quite rudimentary compared to what we can do with more powerful classical light telescopes. We are surely decades, perhaps centuries, away from having powerful telescopes to detect neutrinos from the first few seconds of the universe, but we need that kind of technology to overcome our highly skewed view of the universe. Because, we cannot deny it, however much we have advanced in our knowledge, we live in a Age of innocenceOur vision of the cosmos is very naive, we do not know 95% of its composition.

The Age of innocence It is not just a stage for astrophysicists, it actually affects all of humanity and all areas of knowledge. You just have to think that in just over 70 years since the first computer was built, we have advanced to what we now know as “technological society”, and soon we will have quantum computers 100 million times more powerful than we have now. Or that vaccines for an unknown virus have been created in just one year and thanks to manipulating something so complicated, but so basic to life, like RNA, which can lead to another revolution. The question then perhaps is, will we ever leave the Age of Innocence, or rather will we always be separated by an abyss of knowledge of all the wonders that surround us? I prefer the latter, but in any case it will never be wrong to keep innocently observing the secrets of the universe.

Pablo G. Pérez González He is a researcher at the Astrobiology Center, dependent on the Higher Council for Scientific Research and the National Institute of Aerospace Technology (CAB / CSIC-INTA)

Cosmic Void It is a section in which our knowledge about the universe is presented in a qualitative and quantitative way. It is intended to explain the importance of understanding the cosmos not only from a scientific point of view but also from a philosophical, social and economic point of view. The name “cosmic vacuum” refers to the fact that the universe is and is, for the most part, empty, with less than 1 atom per cubic meter, despite the fact that in our environment, paradoxically, there are quintillion atoms per meter cubic, which invites us to reflect on our existence and the presence of life in the universe. The section is made up of Pablo G. Pérez González, researcher at the Center for Astrobiology; Patricia Sánchez Blázquez, Professor at the Complutense University of Madrid (UCM); Y Eva Villaver, researcher at the Center for Astrobiology

Ukrainian expert condemned the march of radicals in Kiev

UAE: The continuing terrorist attacks of Al Houthi are a blatant challenge