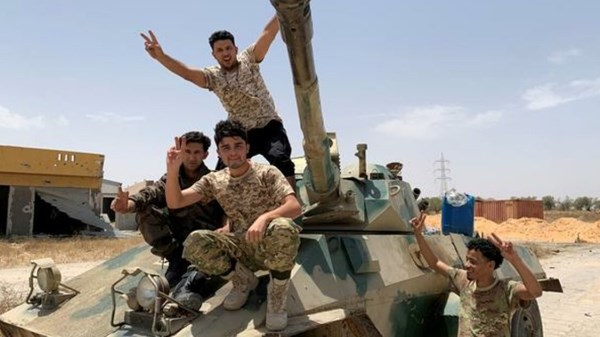 Major General Khaled al-Mahjoub, Director of the Moral Guidance Department of the General Command of the Libyan Army, revealed that Field Marshal Khalifa Haftar sent a military delegation to Russia, headed by the director of his office, member of the Joint Military Committee “5 + 5” Lieutenant-General Khairi al-Tamimi, while a Libyan military source confirmed that the visit will address the issue of combating terrorism. And coordination with the Russian side in the fields of military cooperation, noting that the delegation of the General Command will discuss activating the outcomes of the “5 + 5” Libyan Joint Military Committee, especially the removal of mercenaries and foreign fighters from Libyan territory.
The military source, who declined to be identified, indicated in exclusive statements to Al-Ittihad that cooperation between the General Command of the National Army and Russia has continued since Operation Dignity launched by the Libyan army to combat terrorism and extremist organizations that took control of Libya at one point.
The source pointed out that the delegation will visit factories of the Russian army to follow up on the latest military mechanisms and equipment in the Russian arsenal.