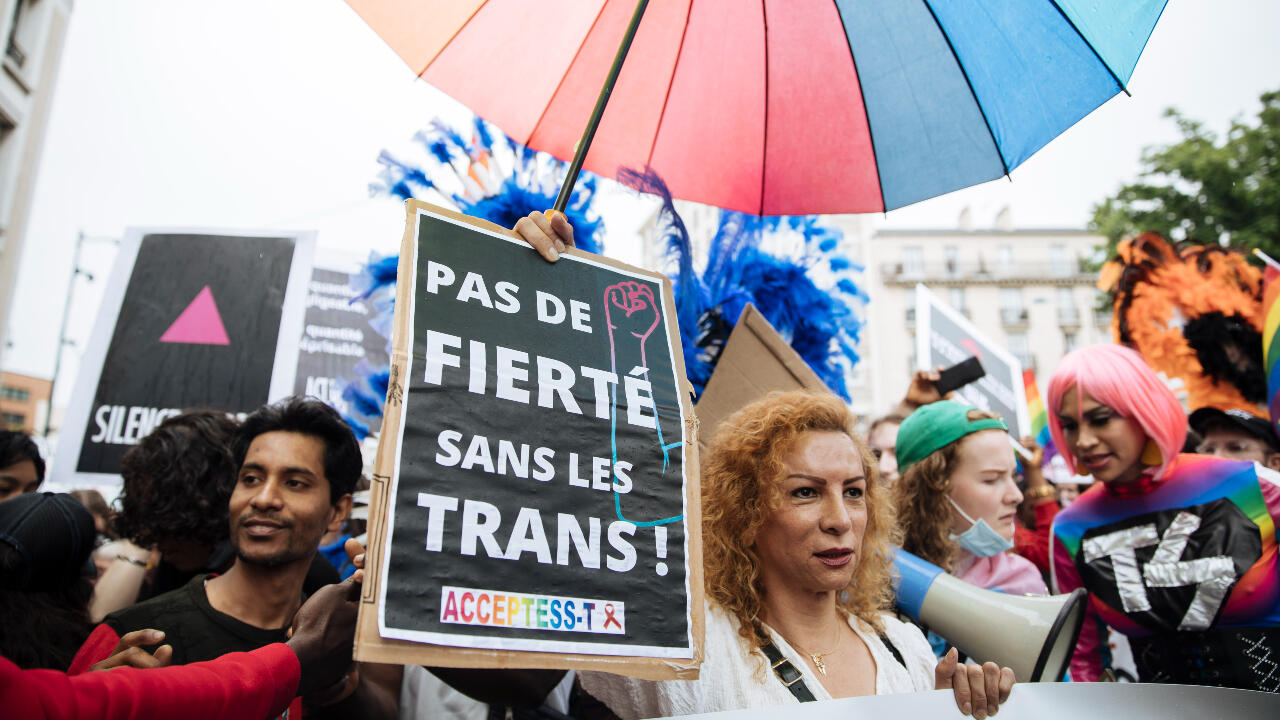 The mobilizations of lesbians, gays, bisexuals, transsexuals, queers, intersex and other groups with diverse orientations and gender identity were massive in the French capital. The new law that discriminates against these populations in Hungary was one of the focuses of attention in the marches.

According to the European Pride Organizers Association, more than 200 marches for the rights of the LGBTQI + community were canceled or postponed in 2020 due to the pandemic. But this Saturday, June 26, 2021, and after the advances in the French vaccination campaign, the pride in the streets was massive.

“Gay rights are human rights!” Was shouted in some areas during the journey from Pantin, on the outskirts of Paris, to the Place de la République. The party took place in the midst of the flags with the rainbow icon of diversity and the banners alluding to different demands still pending for the community.

In one of the mobilizations, Salv, who did not want to give his full name because he does not want it to be widely known that he is HIV positive, carried a sign in his hands: “40 years of waiting for a vaccine.” Salv told the AP agency that he is optimistic that the research that led to the Covid-19 vaccines will drive the development of potential HIV vaccines.

Hungarian law against the LGBTQI + community, a concern in Paris

Camille Fois, 25, traveled to the capital from the Alpine city of Annency to participate in her first march for LGBT pride. He referred to the new law promoted in Hungary, widely rejected within the European community because it prohibits the distribution of material in schools alluding to gender diversity and which has been pointed out by right-wing groups as a way to promote homosexuality or gender changes.

“It can happen to us very soon. It’s not as far as that,” Camille said. “No country in the world, no part of the world should criminalize homosexuality. Its representation should not be censored, it is absurd,” 58-year-old Marc Pauli told Reuters.

Others also expressed concern about setbacks in Poland, where last year President Andrzej Duda declared that the acronym LGBT did not refer to a group of people but to an ideology more dangerous than communism, a reference to the country’s Soviet past.

“If European leaders tolerate this, what will stop them from tolerating the same at home?” Said Mornia Paumelle-Pichon, a 26-year-old illustrator, of the situation in Hungary and Poland, two member countries of the European Union. led by right-wing governments.

The marches for LGBTQI + pride, a party after the closure

The atmosphere was festive, after almost a year and a half of measures triggered by the Covid-19 pandemic. This Saturday it became more evident that in France isolation, confinement, curfews and the use of masks are being left behind. Half of the nation’s adults have at least one dose of the vaccines available.

On one of the subway trains, people sang ‘I Kissed a Girl’ by Katy Perry as they went to one of the rally points.

“Being locked up was difficult,” said Georges Gregoire, 33, who traveled from Lille with his partner. “I wanted to have fun,” said this nursing student who came to France from Haiti where, he says, he felt so miserable and stigmatized as a gay man that he even contemplated suicide.

In other parts of Europe there were also large concentrations. In Berlin, organizers took three different routes to reach the central Alexanderplatz, partly to avoid rallies, but also as a way to reflect the diversity of the movement. There were similar marches in Rome and Milan, but in countries like Portugal and the United Kingdom some mobilizations were canceled for fear of contagion.