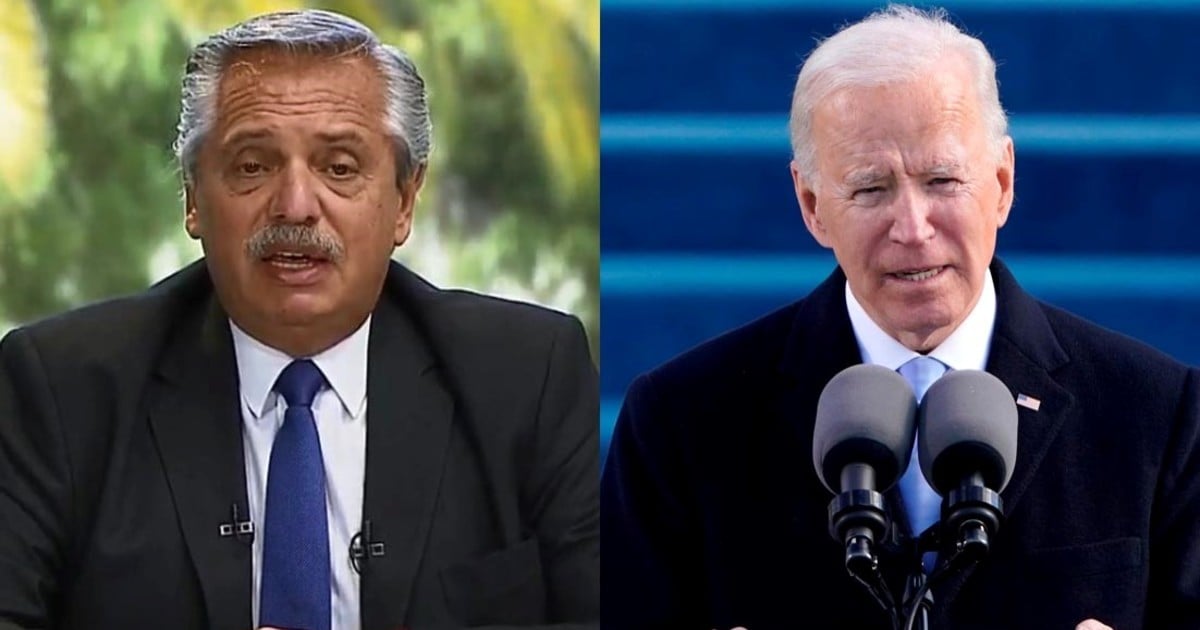 President Alberto Fernández sent a letter to the new president of the United States, Joe Biden, in which he wished him success in his mandate and asked him to have “a shared work agenda”.

Fernández, who has already had a telephone dialogue with the US president after the elections last November, also asked for his collaboration in the problems of the region.

“I know him in body and soul of the reality of Latin America, and his experience and sensitivity will also be very important for our region, besieged as you know by multiple challenges of inequality, violence and unsustainable debt,” wrote Fernández.

In this sense, the President continued: “The Government of the Argentine Republic is ready and hopeful in being able to cement with its administration a shared work schedule, creative and innovative that emphasizes the future and is nurtured by common values ​​”.

“Faced with this planetary crisis, a spirit of fraternity, convergence and bridges of solidarity built in communion of interests must prevail, because ‘no one is saved alone’ in this instance of our history,” he added.

His letter comes hours after the controversial message from the Foreign Ministry, in which he asked to “respect” the multilateral organizations and not bet on the “disunity” of nations as in the previous stage.

Although the tone was not the most diplomatic, the government’s message to Washington can also be interpreted as a nod to the Democratic formula and a chicana for Donald Trump.

In the Casa Rosada and in the Palacio San Martín, they consider that the former US president played strong in the 2019 Argentine elections and bet on Mauricio Macri. With this logic, they explain the boost that the Republican magnate gave to the Argentine request for a loan of US $ 57 billion from the IMF, the largest in the history of the multilateral organization.

Now the President’s letter is committed to toning down the controversies and sowing a joint relationship with the United States, with the focus on negotiations with the International Monetary Fund.

In fact, the Argentine ambassador to the United States, Jorge Argüello, assured that he is already working so that there is “as soon as possible” a meeting between Alberto Fernández and Biden, who on Wednesday began his term as president.

Nuclear disarmament. Peter Maurer:. “It is now illegal to own nuclear weapons”

Contrasting ski weekend in Chamonix for the French clan

José Ignacio Gras: “One of the lessons of this epidemic is that the public is essential”