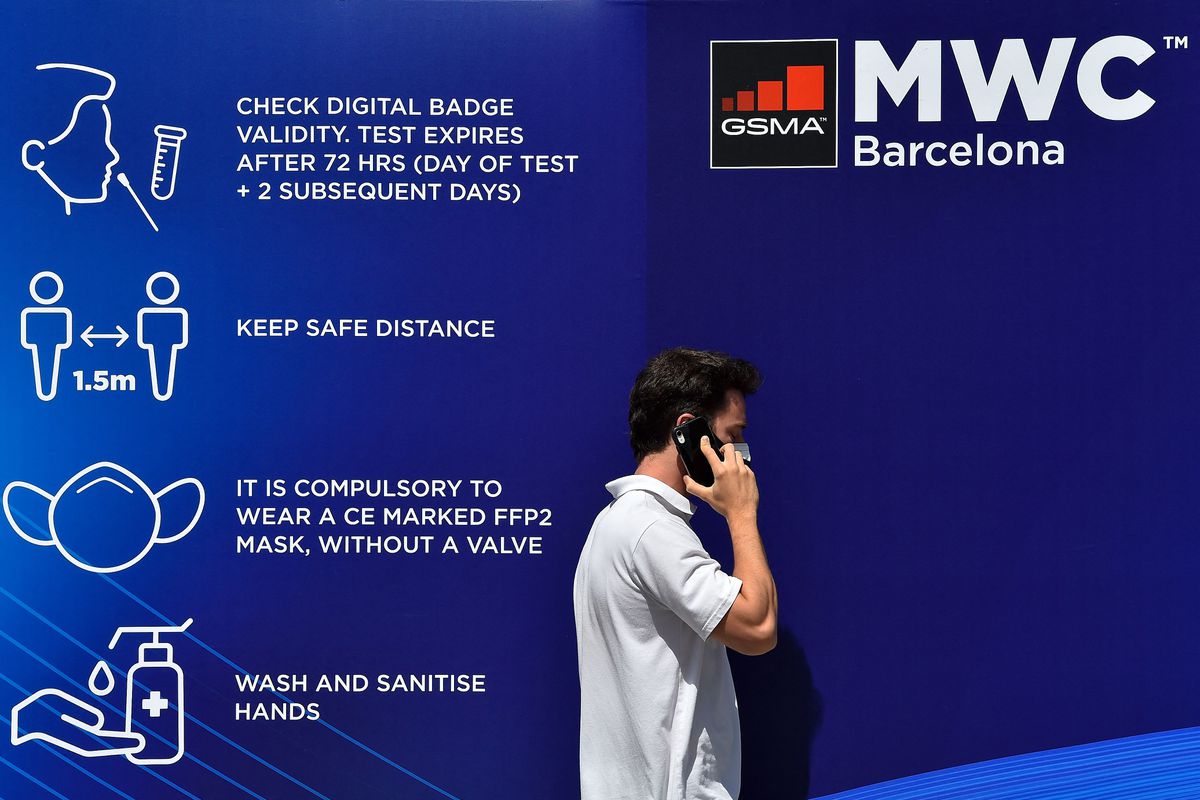 When the covid 19 pandemic still seemed something far away that would never come, the cancellation of the Mobile World Congress 2020 was the thermometer that began to show that, indeed, the virus was going to come to stay for a long time. From its suspension, everything began to close and the restrictive measures followed one another until reaching a new reality marked by confinement, the mask and social distance. Almost a year and a half later, and with vaccination as the exit ramp from the pandemic, the Mobile will be held again from this Sunday, in a very reduced version – no more than 35,000 attendees are expected – but with a strong symbolic load : it wants to be the thermometer, this time, that things start to move and the economy reactivates.

The cancellation of Mobile in February 2020, motivated by the cascade of companies that at the last minute declined to participate in the face of a coronavirus that was beginning to spread, had a harsh effect on the city. The congress normally leaves about 500 million euros of economic impact in Barcelona and 15,000 direct and indirect jobs. Four days in which, before the pandemic, more than 100,000 attendees arrived, invigorating restaurants, hotels, taxis and the business community: from the start-up that has a position in the hall, even the large company that closes deals during the event. This congress is so important for Barcelona that, when it was canceled, the City Council scheduled innovation days for local companies in record time in an attempt to save furniture, activities on the verge of the pandemic that now seem impossible. What came next certified that Mobile was right with its cancellation.

The edition begins this Sunday with the inaugural dinner, in which they will coincide for the first time in a formal event and after the pardons to the independence prisoners, King Felipe VI and the president of the Generalitat, Pere Aragonès. The congress, which lasts until Thursday at the Fira de Barcelona venue in L’Hospitalet de Llobregat, was supposed to be held in February, but the pandemic forced the appointment to pass into the summer. The result is a very reduced face-to-face edition, with strong security measures against the virus — it is mandatory to have a negative antigen test to attend — and accompanied by a virtual version. Restrictions on global mobility and the reluctance of companies to send their employees – in this edition, technological giants such as Samsung, Xiaomi, Ericsson, Sony, Nokia, Google or Facebook have dropped – have changed the mobile audience: it will essentially be local. The organization even lowered ticket prices and presented incentives for local businesses from all sectors to be encouraged to go.

John Hoffman, CEO of GSMA, the mobile industry employers’ association organizing the congress, was optimistic on Friday in a pre-event event. “Opening the doors and letting people in, that’s the success of this year: showing the world that society, business and life are back,” he said. For the employers, a new cancellation would have been catastrophic, since a good part of their income depends on this congress.

On this occasion, some companies will only be connected virtually and there will not be large mobile presentations as in others. Discussions will focus on 5G technology, the internet of things or connectivity and mobility. Esteve Almirall is a professor at Esade and will give a lecture in the 4YFN room (a parallel event to Mobile dedicated to emerging companies) on the increase in connectivity after the pandemic. “This Mobile is very difficult to celebrate. The presence is almost impossible to overcome by the version on-line. For businesses it is very important to be on the site, but the pandemic has taught us that it can be accompanied by good virtual content and, if done well, the congresses will be even bigger, because many will see them online or delayed; they will reach more people, ”he explains.

The proof of the local character of this congress is in the forecasts of the hotel and restaurant industry. While before the covid hotel reservations were closed months in advance, this time they have arrived at the last minute. “There will be very few people who come from far away, the audience will be local, at most from southern Europe. There are very few reservations, you will not notice a large increase in occupancy compared to the week before Mobile ”, explains Manel Casals, director of the Barcelona Hotel Association. Currently only 40% of the hotels in the city are open and occupancy is around 35%. “The success is that the event is held. In 2020 it was a failure, because it was the first big business event that did not take place. This time it has to serve as a starting point and, when it is finished, we will have to get to work to prepare the Mobile in February 2022, so that it is the first edition with full normality ”, adds the hotelier.

Taxi drivers trust that mobility will be encouraged a bit, but they are aware that it will take a long time to return to the bustle of congressmen that there was before, when the city was filled with taxis and company cars. “It’s going to bring some movement, but nothing compares to the above. The taxi will not fully recover until the economy recovers ”, explains Luis Berbel, spokesman for the STAC union. The taxi sector is working normally, but the turnover is 35% of what it was before the pandemic, according to their estimates.

The restaurateurs, who under normal conditions benefited from an impact of 40 million euros only in bars and restaurants during the four days of the congress, share this vision. “There are no significant reservations. We are facing a very decaffeinated edition that will have very little economic impact, but the important thing is the symbolism of its celebration ”, says Roger Pallarols, director of the Barcelona Restaurant Association. “The cancellation in 2020 marked the arrival of the pandemic and this marks a turning point to enter the new stage of reactivation of the city and the economy; it implies an injection of courage ”, explains Pallarols, who considers that Mobile, being one of the largest technological congresses in the world,“ has the great value of making Barcelona a magnificent business destination ”. “It is very important to position ourselves before the great competition that will come with the end of the pandemic,” he concludes.