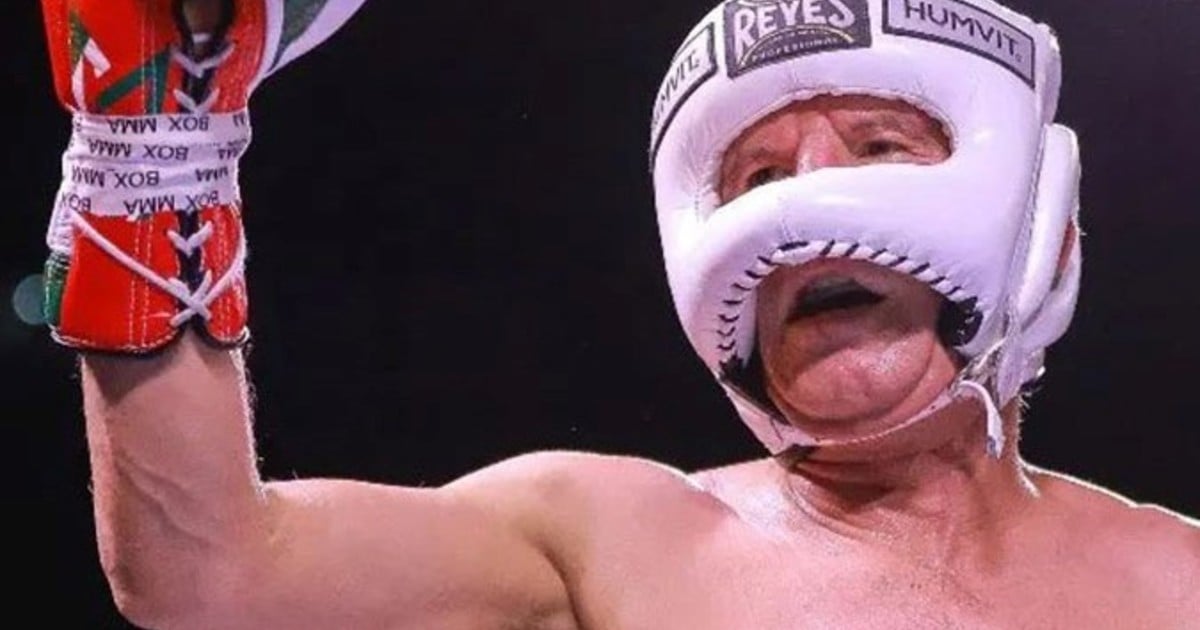 At the Jalisco stadium in Guadalajara, the legendary Julio César Chávez, the best Mexican boxer in history, said goodbye to boxing with an exhibition fight in which he punished the Puerto Rican Hector Camacho Jr., son of ‘Macho’ Camacho, one of his fiercest rivals.

“I want to say thank you very much, I’m not going to go back up to a ring in an exhibition, and my body is tired, “said Chávez, 58, after the fight.

The fight went to four rounds and both boxers were wearing protective helmets throughout the fight.

Chávez, world title winner in super featherweight, lightweight and super lightweight, was always on the attack against a Camacho Jr. who endured punishment.

The Mexican boxing legend sought to punish the Puerto Rican’s liver, who tried to respond with hugs and combinations towards the head.

In the fourth round, Chávez wanted to take off the mask, but his family did not allow it, even so he finished the exhibition fight against the son of one of his former rivals.

The Mexican thus said goodbye to his audience, among whom was Saúl Canelo Álvarez, who was encouraged to join Chávez’s corner.

In addition to their fight, the card featured the performance of their children, Omar and Julio César Chávez Jr., former world middleweight champion.

Silva, who had his third fight in boxing, the first since 2005, was 46-year-old confident in the ring, with good combinations at the head of Chávez Jr., who suffered a cut on his right eyebrow.

Silva’s record was two wins, one by knockout, and one loss, while Chávez Jr. set his record at 52 wins, 34 fast-track, five losses and a draw.

Ramón ‘Inocente’ Álvarez, brother of Saúl ‘Canelo’ Álvarez, defeated Omar Chávez by unanimous decision, which left his record of 29 wins, 16 by knockout, eight losses and three draws, while Chávez put his mark on 38 victories , 25 by fast track, six defeats and a draw.

Johansen alvarezNephew of ‘Canelo’, he made his professional debut with a victory by technical knockout against Erick Hernández.

At 17 years old, the super featherweight landed strong blows from the first moments that caused the referee to stop the fight in less than three minutes against his rival, who also experienced his first fight as a professional.