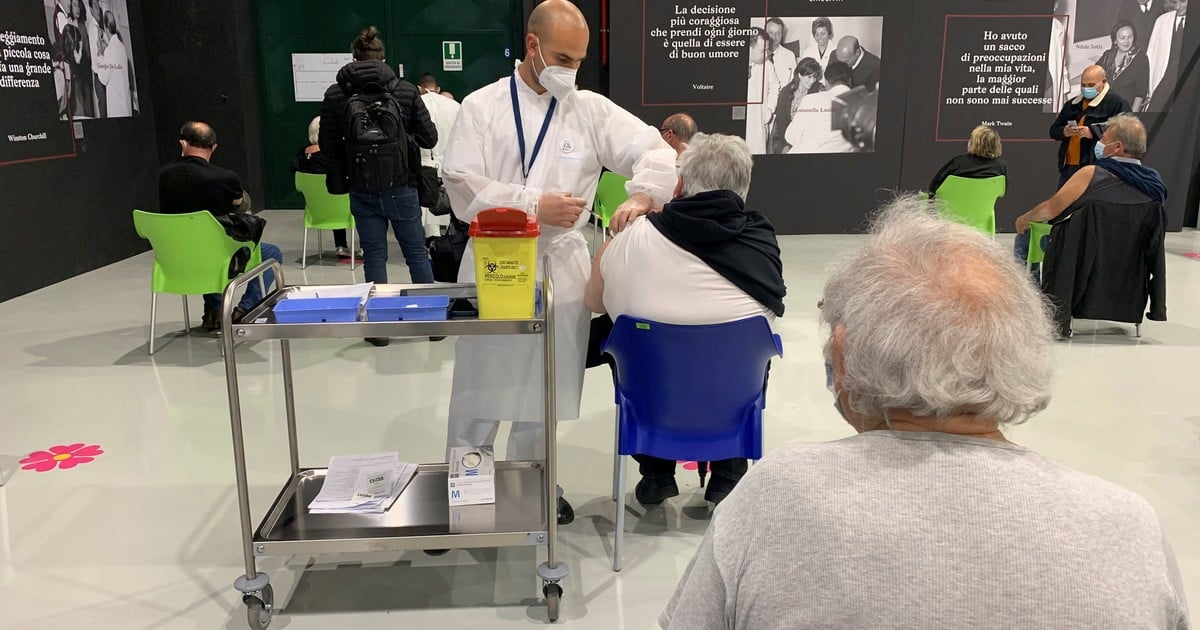 Studies of Cinecittà on Rome, scene of great film classics, give rise from this Tuesday to a totally new scene: they became a vaccination center against the coronavirus, with a double objective: to give hope in the face of the pandemic to those vaccinated and also to the punished cinema sector.

Cinecittà is not a health center, but a “place of life”, announced the president of the Lazio region (center), Niccola Zingaretti, from these studios are located, in which each day it is expected to inject up to 2,200 doses against the coronavirus.

In the opinion of the governor, the “return to life” in the Eternal City must also pass through the spaces of its history, and that is why it was decided to turn these studios of the “Hollywood of the Tiber” into a kind of ambulatory in the Years of Cinema gold.

The idea is that the Cinecittà vaccination center will increase its pace with the arrival of more vaccines in the coming weeks and for the moment a thousand daily doses will be inoculated, as explained to the EFE agency by two of the nurses who already work at the center .

The space will run flat out and be open seven days a week from 8 a.m. to 8 p.m., as detailed by the progressive governor.

Get vaccinated with Federico Fellini and Luciano Pavarotti

The 1,300-square-meter warehouse in which it is vaccinated, Teatro 20, is adorned with images from the history of Italian cinema in which phrases from some of its references appear, such as the great Federico Fellini, who made Teatro 5 the kingdom of your imaginary.

But also great figures from Bel Paese, from the footballer Francesco Totti to the tenor Luciano Pavarotti or the stars Roberto Benigni and Sophia Loren.

The Minister of Culture, Dario Franceschini, highlighted at the opening of the vaccination center that Cinecittà is not only a relevant place for its “glorious past, but also for the present and future of Italian cinema”, which is preparing for its return after months of closures and losses due to the pandemic.

Federico Fellini on the set of Amarcord Cinecittà in front of the set design of the Fulgor cinema, in a file image.

“That is why it is important that this center is here,” he defended.

Zingaretti thanked the health workers who have managed to reach the goal of 30,000 daily doses in the region, with 5.8 million inhabitants, and emphasized that this figure will be “exceeded” because it can “even double the circulation of vaccines. “.

One of the first people who received his dose at Cinecittà on Tuesday is Patrizia, 63, who shared with EFE the “beautiful experience” of being vaccinated in such a special place, as well as “with a good atmosphere” and among cinematic memories .

Inhabitants of Rome wait to receive the vaccine against the coronavirus in the Cinecittà studios, this Tuesday. Photo: EFE

At least, the place is away from the coldness of a hospital, as he acknowledged, and asked to accelerate the campaign to return to normal life as soon as possible: “Get vaccinated day and night until everyone has received it,” he claimed. It is Roman.

Optimism reigned among those vaccinated in film studios, such as Stefano, 64, who while queuing to enter the ship where he would be vaccinated, expressed his happiness at receiving his dose and recalled that they are “the only weapons we have: masks and vaccine “.

Of all the Cinecittà spaces, the choice of Teatro 20 is a nod to the collective imagination of Italians, since the series “Un medico in famiglia”, based on the Spanish “Family Doctor”, was filmed here, among other productions, between 1998 and 2016.

Five years after the end of the series, the white coats return to Cinecittà, this time worn by real doctors who strive to administer vaccines to help bring the long-awaited end of the pandemic closer.

Blanca Gil, the return to the water of a 37-year-old star

After the decision on the K question: huge anger at Laschet – Söder is thinking of a second leg