The Legend of Zelda Skyward Sword HD under examination on Nintendo Switch Is it much different from Wii? 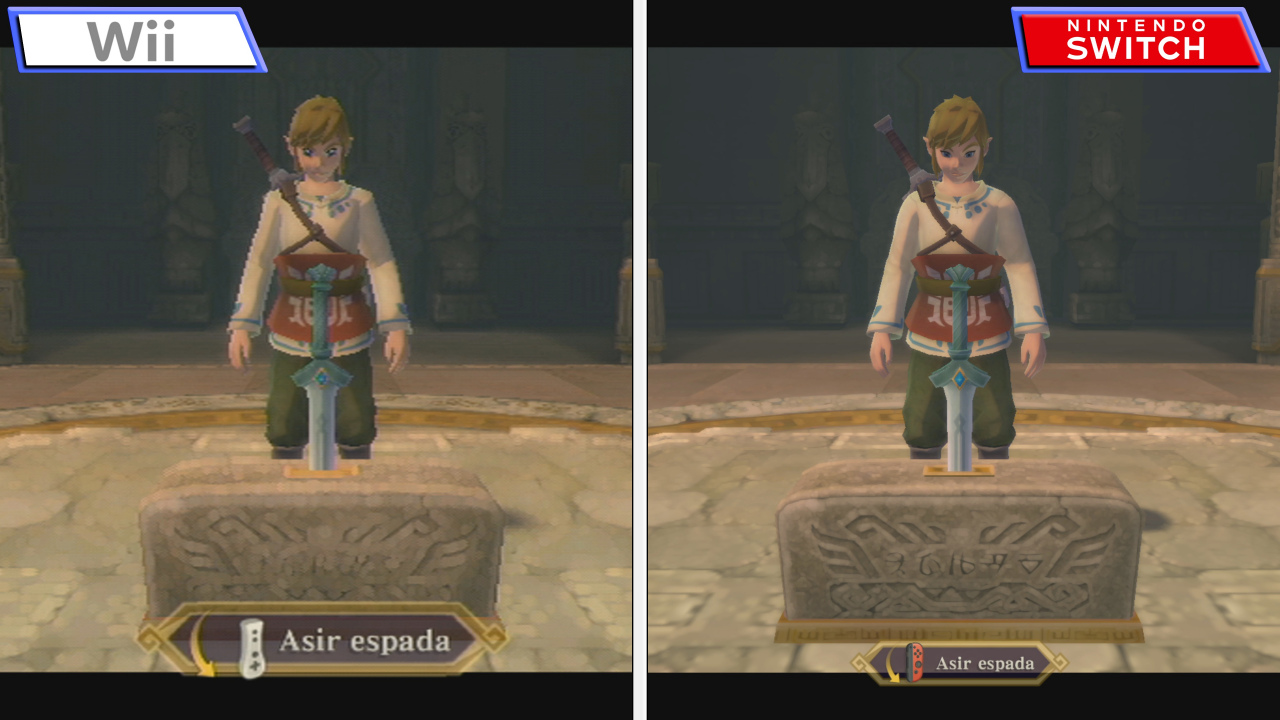 Bit Analyst compares the performance and finish of the Switch remastering to its original version.

The Legend of Zelda: Skyward Sword HD hits stores this month for Nintendo Switch. Well, who says “this month” means this week, since the remastering of the Zelda for Wii will be available July 16 around the world. A version that not only updates the graphics to Full HD resolutions: it also introduces quality of life improvements in all its aspects. And for those who want to see how big it is the jump from Wii to Nintendo Switch, The Bit Analyst offers us this complete Zelda: Skyward Sword video comparison to get you out of doubt.

The framerate is stable, with some very punctual dropFirst of all, Zelda: Skyward Sword HD works at 1080p / 60 FPS in dock mode, which are reduced to 720p / 60 FPS in portable mode, given the resolution of your screen. In this, The Bit Analyst explains that the game “remains at a stable framerate”, with some “anecdotal” drop of one or two frames in very specific moments. With increasing resolution, the “watercolor effect” is removed from the original game, which made the image more blurry in some areas.

In general, this channel mentions that changes in texturing “are minimal”, and that the increase in resolution makes the deficiencies in the textures more apparent. It also speaks of an increase in the resolution of the shadows and a greater distance of drawing in some elements… with the exception of the vegetation, which “curiously in Wii is better”, he explains. Is it a bug, or a performance concession? Off the charts, The Bit Analyst claims that loading times have improved slightly, although the difference is barely tenths of a second.

Beyond the technical elements, this comparison also reviews some of the quality of life improvements in Zelda: Skyward Sword HD. For example, free game camera, which is only available when using the motion controls as, with the pro controller or handheld mode, the right stick is used for the sword. On this, mention that movement latency is much better with the Switch Joy-Con than with the Wii Wiimote. “This makes the fighting also more agile and faster“, it states.