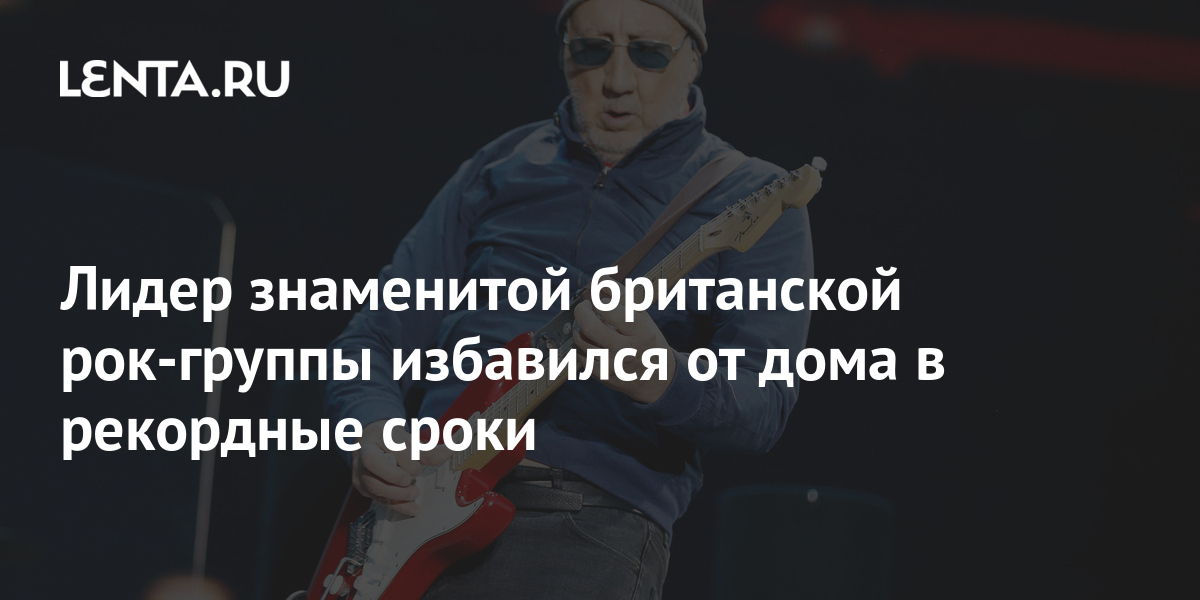 Pete Townsend, the leader of the famous British rock band The Who, sold his legendary mansion in London. The musician got rid of the property in record time – the buyer was found less than two weeks after the lot appeared on the market, the website reports. Mansion global…

The mansion in the prestigious Richmond area was put up for sale at the end of June 2021. The building from 1775 is considered one of the oldest in the country and is protected by a specialized organization. Townsend raised 15 million pounds (more than 1.5 billion rubles) from the sale. The musician has owned it since 1996. The former owners also include the Rolling Stones guitarist Ronnie Wood. The name of the new owner was not disclosed.

The house covers an area of ​​almost 790 square meters, inside there are six bedrooms, a kitchen, an office, a living room, a conservatory, a recording studio and a swimming pool overlooking the River Thames. The design features luxurious stucco moldings and beamed ceilings.

In April 2021, the creator of the famous television series “Riverdale” Roberto Aguirre-Sacasa sold his ownership in record time. The house is located in the Nichols Canyon area, Los Angeles. It took the writer two days to find a buyer. Aguirre-Sacasa made a discount and raised $ 2.3 million from the sale (at that time more than 175.7 million rubles).