The leader of the “Crematorium” group spoke about a maniac classmate 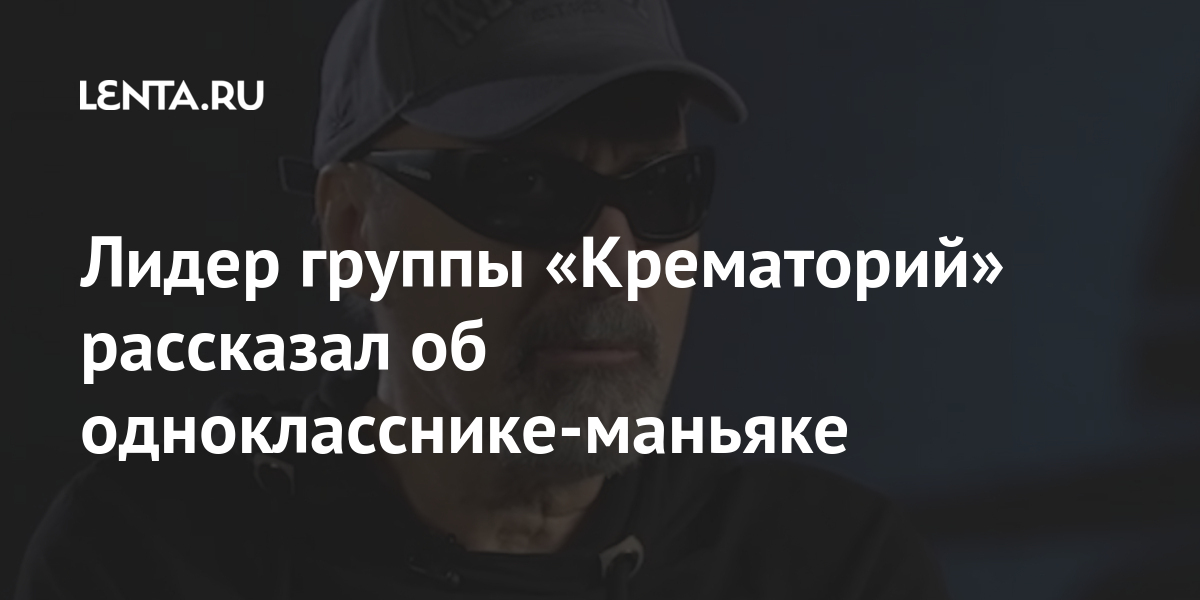 The leader of the “Crematorium” group Armen Grigoryan spoke about his studies with the maniac Sergei Golovkin. The interview with the musician was posted on Youtube-channel RTVI.

He noted that he and the future serial killer had been classmates for ten years. They both went to school 167 in Moscow.

“When I was invited to the prosecutor’s office, I was terribly surprised, because there was no reason to doubt his mental state. Another thing is that he did not participate in our beer battles already in high school, was not fond of rock and roll, as everyone did then, that is, he was a little reserved person, but at the same time very calm, ”Grigoryan recalled.

According to him, Golovkin studied well and was practically an excellent student. Later, the leader of the “Crematorium” saw his demonstrative confession, in which the criminal wrote that he was constantly thinking about killing his classmates.

In the period from 1986 to 1992, Sergei Golovkin, nicknamed Fischer, brutally killed 11 schoolchildren, the youngest of them was 12 years old. Fischer turned his garage, located 500 meters from the dacha of the first Russian President Boris Yeltsin, near Moscow, into a torture chamber. He was shot in August 1996, a few months before the imposition of a moratorium on the death penalty – Golovkin became the last maniac to be executed in Russia.

Accusation exchange between Brussels and Ankara over the “insulting video”